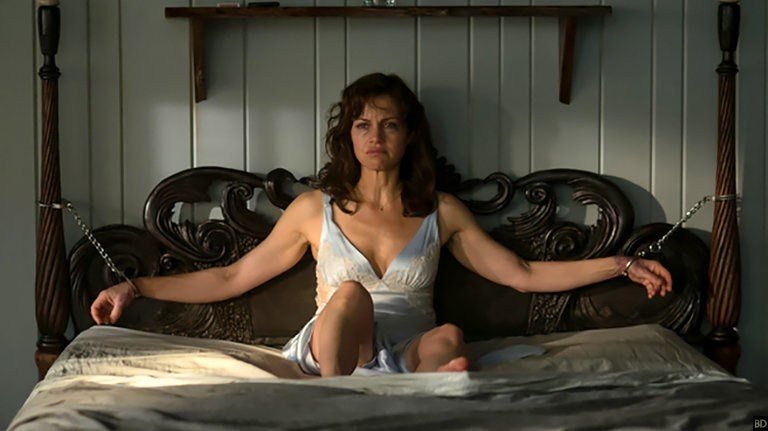 There are very few writers who deliver as many stories as Stephen King has. He is one of the most-read authors in the world, and while one of the reasons behind this achievement is his exceptional storytelling, it can also be credited to the sheer number of novels he has written over the course of his very long and successful career. King has dipped his toe in a number of genres, however, the one that his name has become synonymous with is horror. He has based the stories on already established supernatural creatures, and if he didn’t find any, he created scarier things out of thin air. The best aspect of his writing is the fact that it does not merely remain a horror story full of scary moments. Instead, his stories almost always have a deep psychological or philosophical subtext which makes them far more important pieces of literature, unlike most other horror stories. King is also probably the author with the most screen adaptations of his works. Directors from Brian de Palma to Stanley Kubrick have all made films based on the works of this master of horror. While horror movies based on his works are well-known, emotional films like ‘The Shawshank Redemption‘ and ‘The Green Mile‘ are also products of King’s genius, and only go on to show his vast range.

From sci-fi worlds to the coven of witches, with every new book, King has spun his web to create dangerous worlds. He has chosen interesting set-ups for his stories, often deriving inspiration from the common things around him. And in doing so, he had presented a possibility for paranoia, anytime you find yourself in a situation even remotely similar to one of his characters. If you are one of his fans, the following is the list of really good Stephen King movies and TV series on Netflix that are available to stream as of today. 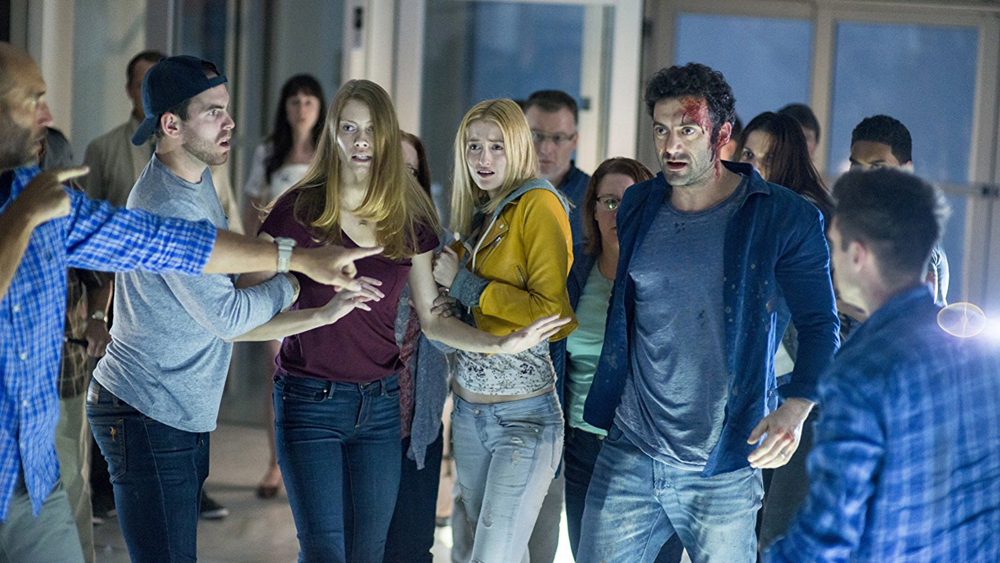 If you have already watched the 2007 film adaptation of King’s ‘The Mist’, don’t just skip out on this series because the two of them treat the story in drastically different ways. While the film sticks close to the source material, the series takes its own course. The story begins with a family living in Bridgeville, Maine who has gone through a major tragedy. As they try to gather themselves up, a mysterious dense fog suddenly seems to grip the entire town of Bridgeville. The fog is so thick that going out is almost impossible. And those who dare to step outside are killed by some malicious beings present in the fog. What this storm does is that it brings people who would otherwise have never met, together in a desperate bid to save their lives. To maintain one’s sanity when in such dire straits itself becomes a major challenge. Civilization as we know it begins to collapse and everything boils down to the most basic and carnal instinct of survival. Spike canceled ‘The Mist‘ after the first season itself because of low viewership ratings. While the use of special effects and the underlying subtext of the series is appreciable, it falls flat on its face when it comes to the performances by the actors. 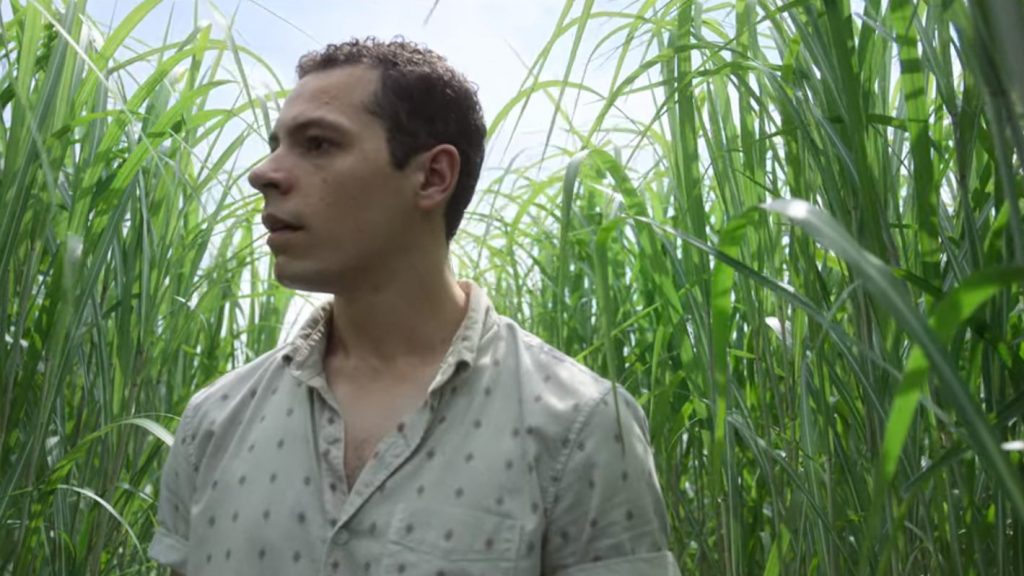 Stephen King collaborated with his son Joe Hill to write the book ‘In The Tall Grass‘ which has been adapted as a Netflix original by filmmaker Vincenzo Natali. The story of this film centers around the sibling duo of Becky and Cal DeMuth who are in San Diego to give up Becky’s child for adoption. When they stop in front of a church, the siblings hear the voice of a boy calling out from help from a field of tall grass. Concerned, the siblings enter this field, and soon find themselves unable to locate the boy in question or to get out themselves. As time passes, it becomes clear that the field of grass seems to have a life of its own, and it can warp space and time within its territory.

There are mixed things to say about this movie. First of all, Natali has been able to stay true to his source material and has also created the uncanny ambiance inherent in King’s writing. The performances by the actors are also quite commendable. Where the film loses its charm is in the dialog-writing, which feels quite bland. The tone of the film also goes haywire in certain places. This has mainly happened because the director has expanded the original novella, which is not that long, into a full-length feature film 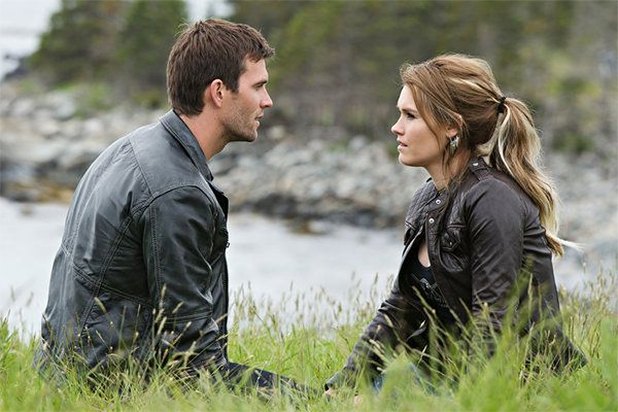 Set in the town of Haven, Maine, the story of this series follows FBI Special Agent Audrey Parker (Emily Rose) who visits said town on a major case. She soon notices that most of the townsfolk are getting afflicted by the disease commonly referred to as “The Troubles”. As Parker considers several reasons of this disease, the fact that it might be something supernatural soon becomes rather apparent. Moreover, Parker starts finding a personal connection to the town as she realizes that here she can also come to know about her mother who has never been a part of her life. Feeling a strong connection to this town, Parker quits her job with the FBI and starts working for the Haven Police Department. As she spends more and more time in Haven, the mysteries start unraveling one after the other. The main problem with ‘Haven’ is the fact that it is unimaginative to a certain extent. The setting and the premise is rather intriguing and Emily Rose provides a solid performance as the leading character. While the series is based on King’s novel ‘The Colorado Kid’, there are numerous references throughout ‘Haven’ to some of his other works like ‘The Shawshank Redemption’ and ‘Misery’.

We all do some bad things in our lives. For most of us, these things can be inconsequential stuff like lying to your family/partner or stealing something common. It is safe to say that these menial sins wouldn’t keep you for long in the blistering heat of hell (or, the frostbiting cold, whatever time of the year it might be!). However, some people do terrible things. Even though they succeed in getting away with it, their conscience (if they have one) doesn’t stop nagging them. There’s a reason they say things like “what goes around comes around”. And if you need a story with such lessons, then ‘1922’ is an ideal choice for that. It starts with a man confessing to his crimes and then follows the events that led him to confession.

In 1922, Wilf and Arlette live in Nebraska with their teenage son. Their marriage has been facing some difficult times, and this is why their arguments escalate when they can’t find a common ground for a major decision in their lives. Arlette has recently inherited land and she wants to sell it so that they can move to someplace else. Wilf wants to cultivate the land, not wanting to leave the town. When his wife doesn’t fall in line with him, he conspires with his son to kill her. The scares in ‘1992’ are quite unlike any other horror film you will come across. It is a story about the rotting away of a person’s conscience, and eventually his life in general because of a crime that he has committed. Thomas Jane puts up a solid performance in the role of Wilfred, portraying the fear which has crept into his soul with uncanny authenticity. 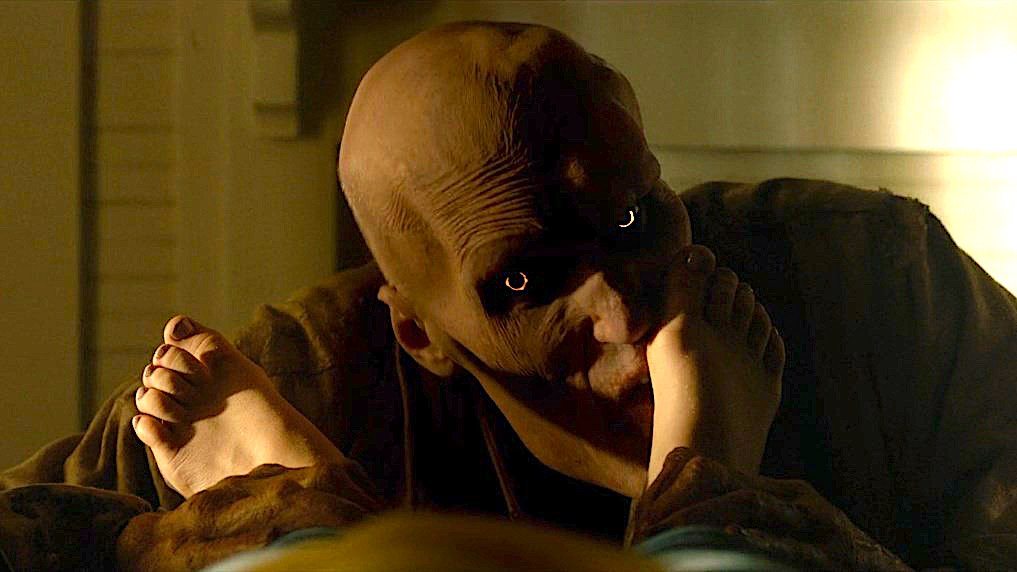 When we first meet Jessie and Gerald, we can tell that their relationship is going through a difficult time. The reasons for the degradation in their relationship become clear after some time, but before further clarity can be achieved, something terrible happens to them. They had made an attempt to rekindle the spark of their marriage and had arrived at an isolated lake house to spend some time alone. To spice up things, Gerald ties Jessie’s both hands to the bedposts, soon after which they start arguing with each other. Amidst this, Gerald dies of a heart-attack while Jessie is left on her own, tied to a bed with no one to save her. As the night falls, things become even scarier for Jessie and Gerald’s Game becomes a horrific memory. ‘Gerald’s Game’ does not merely remain a ghost story, but becomes more of a psychological study of the leading character, whose deepest and darkest fears come alive as she gets trapped with the corpse of her husband. Carla Gugino’s performance as the leading character Jessie is definitely commendable, as is the direction of Mike Flanagan, who manages to capture the essence of King’s original novel.