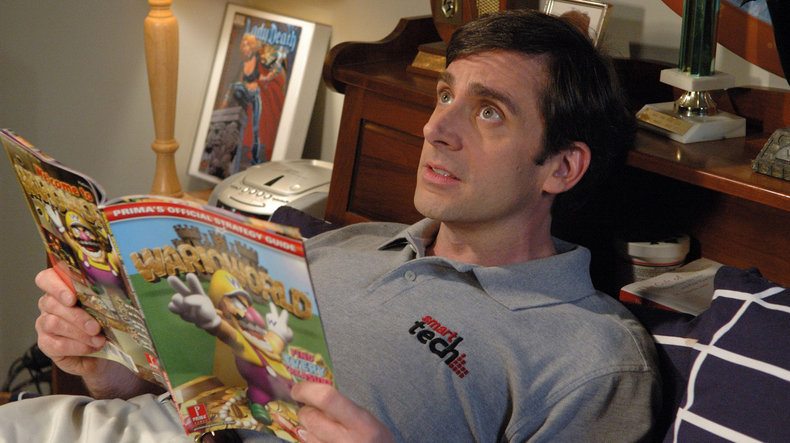 Steve Carell has been working in the industry for more than 25 years and has established himself amongst the top actors working in Hollywood. He is one of my favourites because he has this charm and sincerity that not too many actors possess at the moment. He has done some really memorable roles in both comedy and drama films the past and has also acted in the super hit sitcom The Office. He will be soon be seen in Battle Of The Sexes along with Emma Stone where we can’t wait to see him portray the character of Bobby Riggs. 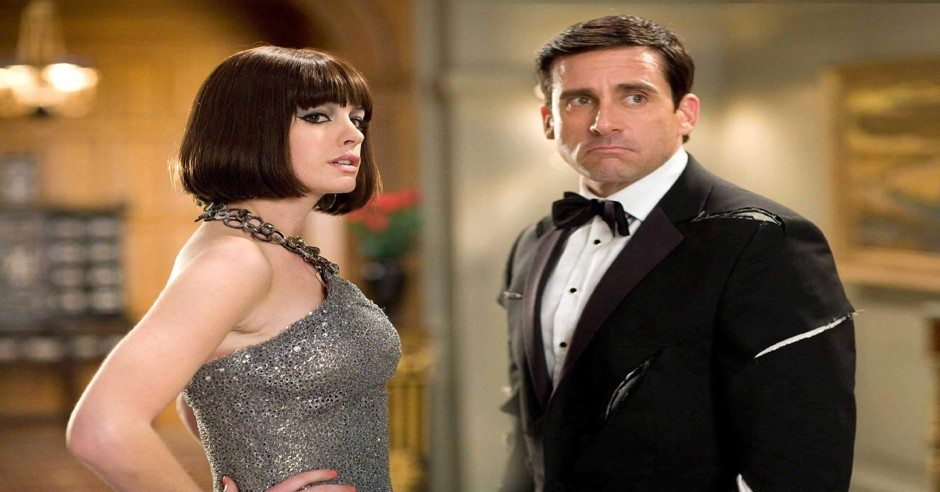 Carell plays a smart yet slow secret agent in this hilarious Peter Segal comedy with an ensemble cast of Steve Carell, Anne Hathaway and Dwayne Johnson. As Maxwell Smart, the incompetent agent who is paired with Agent 99(delightfully played by Anne Hathaway) to try and stop a terrorist organisation, Carell gets his comic timing spot on. He shares delightful chemistry with both Hathaway and Johnson. Though there have been better spy comedies in the past, this one features on this list because of some really well written comic scenes spread throughout the movie. 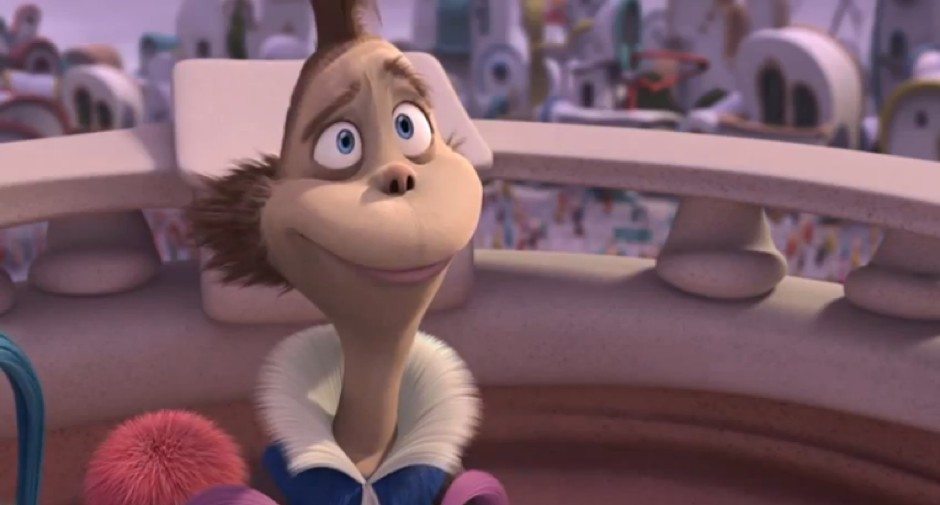 The first out of the two animated features on this list, Carell plays Ned McDodd, the Mayor of the fictitious land of Whoville. Having 96 daughters and 1 son who hasn’t opened his mouth since a really long time, Ned McDodd is a paranoid, perpetually stressed out character. Horton hears a Who! Works out well because of the outstanding pairing of the voice-overs of Steve Carell and Jim Carrey, two of the best in the business. The movie doesn’t fail to make you laugh and it is a very good adaptation of Dr Seuss’ book by the same name. Carell is wonderful as the paranoid Mayor of Whoville, perfectly showing the frustration and stress of his character. 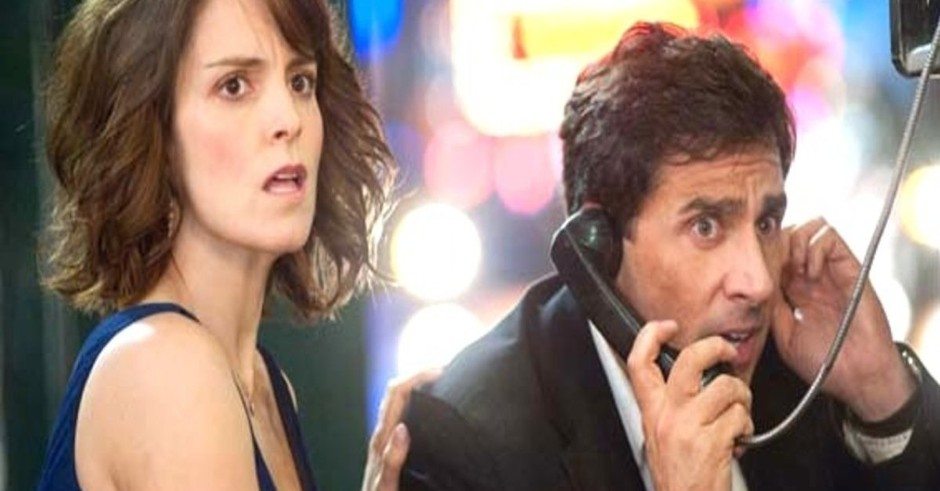 This was an okayish movie, it was funny in parts but it didn’t keep you hooked on for the full duration. However this movie has the most delightful set of cameos including ones from Gal Gadot, Mark Wahlberg, James Franco and Mila Kunis. Nothing new to offer story-wise, the movie tells us about this married couple with kids who look for an opportunity to bring back life to their marriage and decide to go for a date night. However, things go awry and the couple are on the run from criminals due to a misunderstanding. With some hilarious scenes, the chemistry between the lead pair Tina Fey and Steve Carell is brilliant. Carell yet again proves that when it comes to comedies he is one of the most underrated actors currently working. 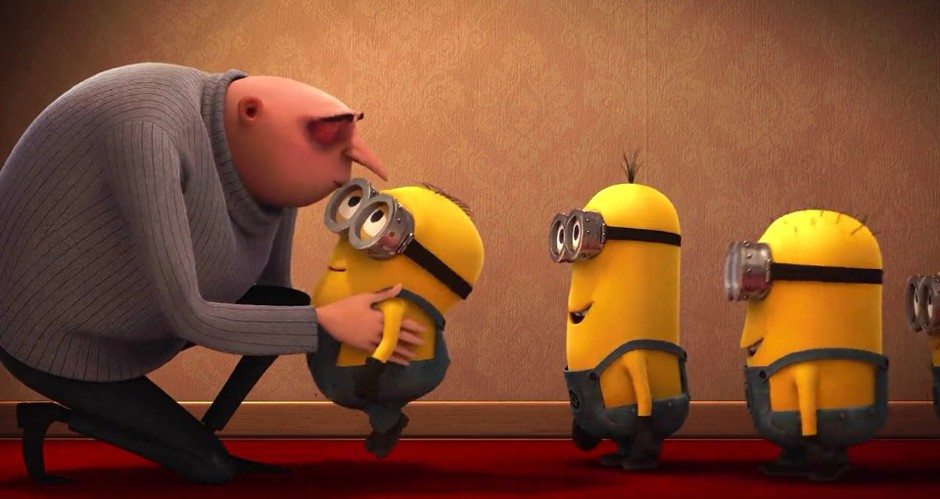 The second animated feature on this list, Steve Carell shines again as Gru, a notorious criminal, who adopts three girls to help him carry out his devious plans. Carell is brilliant as the criminal who tries hard but fails to be a good father to the girls, successfully showing his frustration at running errands for the girls but by the end of it all, realising how much he loves them. This movie was a massive crowd-puller thanks to the voice-over of Steve Carell as well as the Minions who gained immense popularity, getting their own spinoff movie as well. It was the 9th highest grossing movie of 2010, showing how successful it was despite a number of big movies releasing in the year. 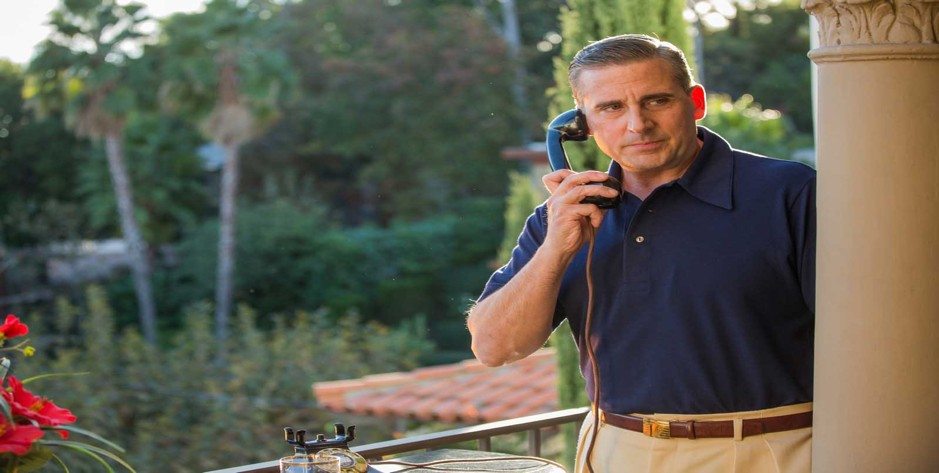 A very pleasant Woody Allen movie set in the 1930s, Café Society has an ensemble cast with Steve Carell, Kristen Stewart, Jesse Eisenberg and Blake Lively. Steve Carell is brilliant as Phil, Bobby’s (Eisenberg) uncle who takes him under his wings to make him a big name in Hollywood. However at the same time he has an affair with Vonnie, who Bobby really loves. Carell shines throughout the movie especially in the scene where he tells Eisenberg that he is having an affair. A really refreshing movie, this again showed why Woody Allen is so good at interpreting complex human emotions. 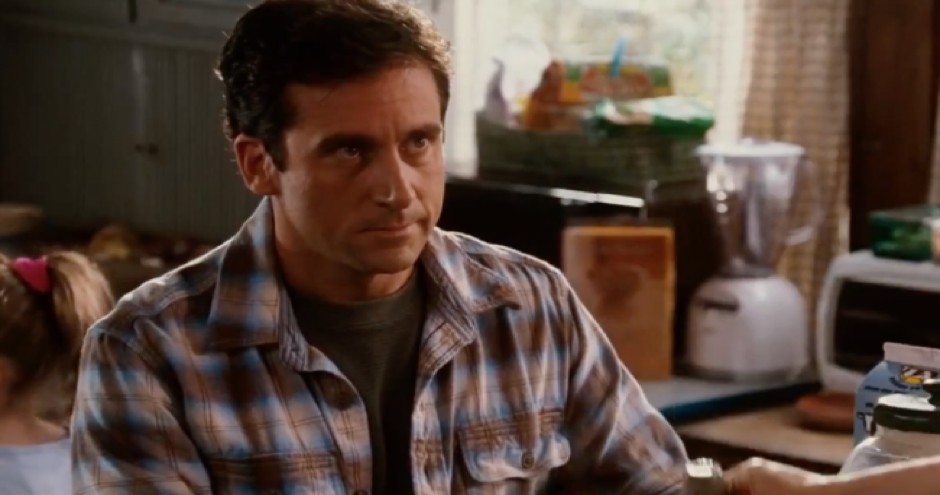 This movie is genuinely one of the sweetest movies I have seen in a long time. Though it isn’t as famous as some of the other movies on this list, it really is a lovely movie. It’s about Dan, a widower with kids, who falls for his brother’s fiancée. Though it is slow at times, you never want to stop watching it because Steve Carell is so charming and sweet in the movie and shares some lovely chemistry with Juliette Binoche. He is brilliant as the shy, quiet dad and he ensures you just love his character from start to finish. Another really good part of the movie are the family bonding scenes which make this rom-com really sweet and tender. 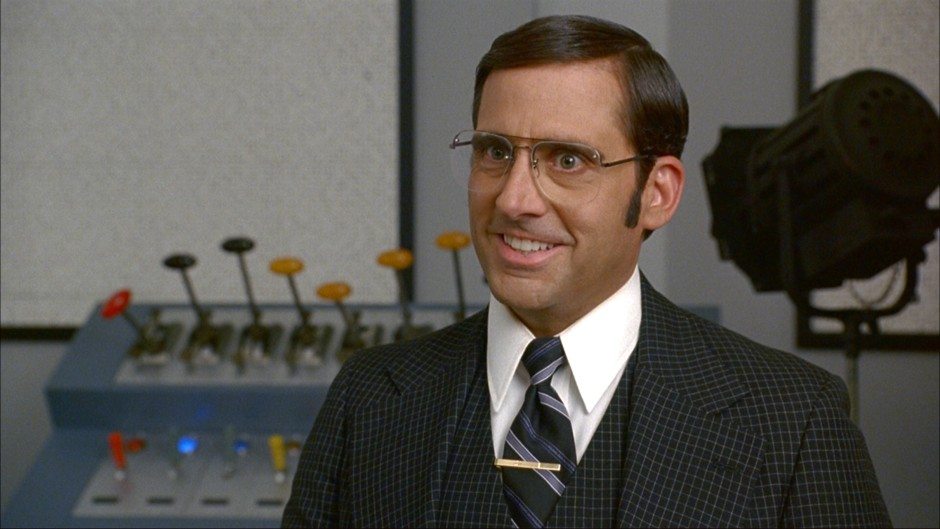 Anchorman is a very important movie for Steve Carell as it was the first major movie he acted in. And he did not disappoint. Hilarious from the beginning, Carell’s Brick Tamland, meteorologist for KVWN Channel 4, he is the stupid yet loud, boisterous and loyal aide to Ron Burgundy. He shares some amazing chemistry with Will Ferrell as well as Paul Rudd, making this a hilarious movie to watch. One of the better comedies in the 21st century. 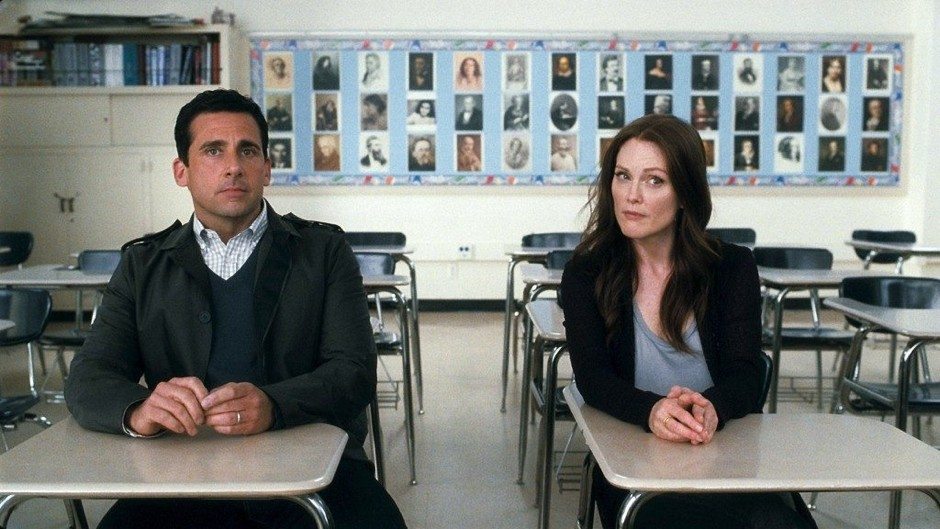 With an ensemble cast of Ryan Gosling, Steve Carell, Julianne Moore and Emma Stone, this movie is the perfect rom-com to watch when you are looking for some fun. Steve Carell, as Cal Weaver, gives a sincere performance as a husband who is being cheated upon and needs a lot of grooming to be able to find a date again. Some of the scenes with Ryan Gosling just highlight the sloppiness and despair of Cal, leading to some really funny moments. It is a perfect movie to watch with your loved one as it talks about how despite being complicated and at times really messed up, love is one of the most wonderful things one can experience. Steve Carell really underplays his role to perfection as he is subtle and yet conveys the angst he is feeling after getting separated. 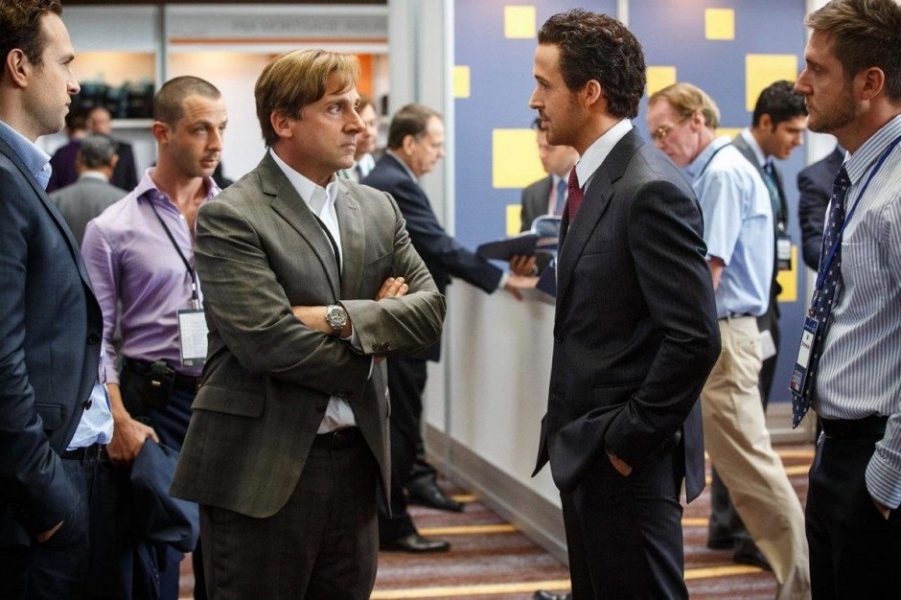 Another Ryan Gosling -Steve Carell movie although it is on a much different topic. Carell plays Mark Baum, a hedge fund king who along with the other leads had predicted the 2008 economic crisis. He is intense and brooding throughout the movie, even cynical at times. He manages to hold his own despite the presence of a stellar cast(Brad Pitt, Christian Bale, Ryan Gosling).It deservedly won him a Golden Globe Nomination for Best Actor in A Musical or Comedy, losing out to Matt Damon. 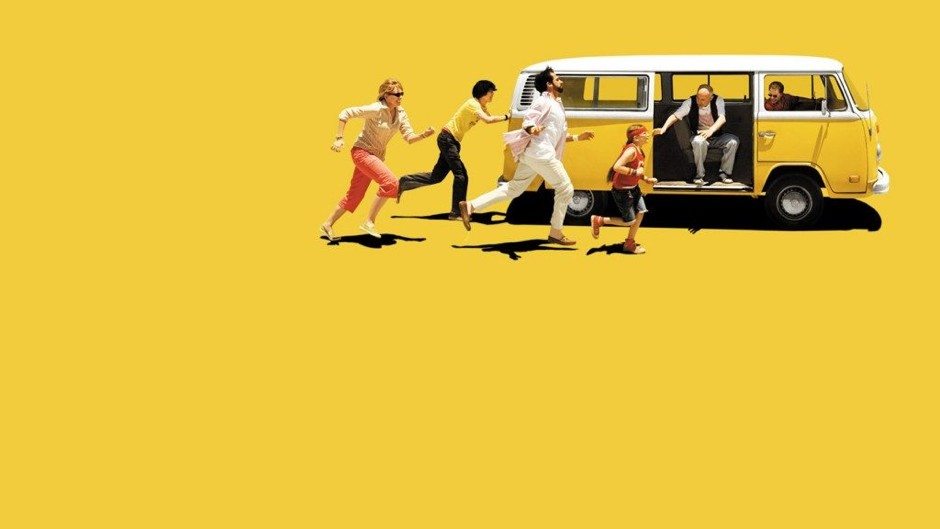 This movie is a really underrated one. Despite getting rave reviews from critics across the world, very few people know of it. It features Steve Carell as Uncle Frank, a very serious suicidal man. He excels at such roles and is really subtle although he could have easily overacted and made a mess of this role. He stands out in this movie which is filled with great performances. The underlying message of family bonding make this poignant tale of the dysfunctional family even better. 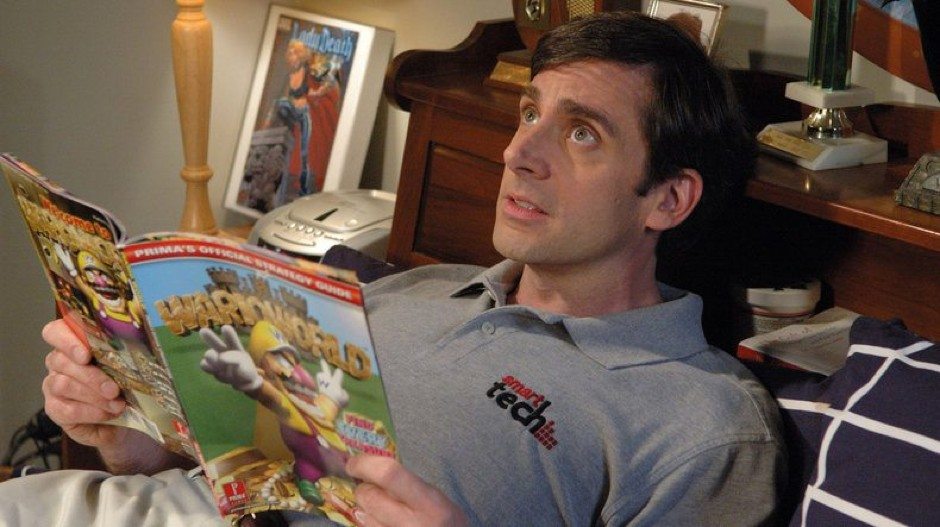 This delightfully funny adult comedy stars Carell in the lead, playing Andy, the 40 year old and his journey towards losing his virginity. One of the funniest movies to have been made this century, Steve Carell is simply outstanding. Andy is a sweet and shy guy who is helped by his friends at the store to lose his virginity. This role is tailor made for Steve Carell because he is excellent at playing the reticent, introverted, insecure guy. Some of the scenes are absolutely hilarious, especially the one where he goes for waxing. Supported ably by a superb supporting cast which comprises of Paul Rudd, Seth Rogen, and many more, Steve Carell had helped Judd Apatow write this one.Carell’s best performance in a comedy without any doubt. 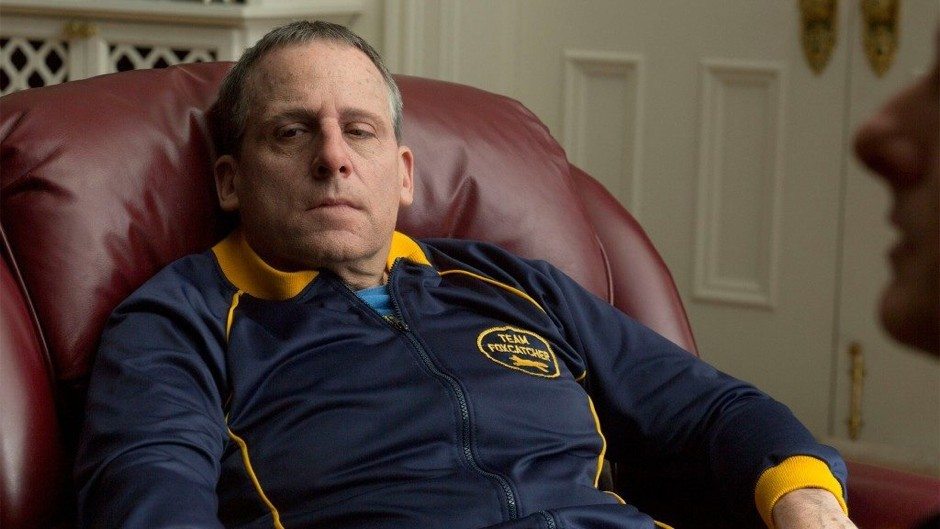 A tough choice to make among the top 3, but this features on the top of the list solely because of how different this role was from the roles Carell generally plays. Playing a negative character for probably the first time in his life, Carell’s chilling portrayal of John DuPont, the millionaire who helped found the wrestling facility Foxcatcher, deservedly garnered positive reviews and accolades from all over.An intense movie with dark undertones right from the beginning, this movie never fails to keep you engaged. It also has brilliant performances from Channing Tatum as well as Mark Ruffalo. Carell deservedly earned himself an Academy as well as Golden Globe nomination.