Who Are Steve Cercone and Judy Veloz? Where Are They Now? 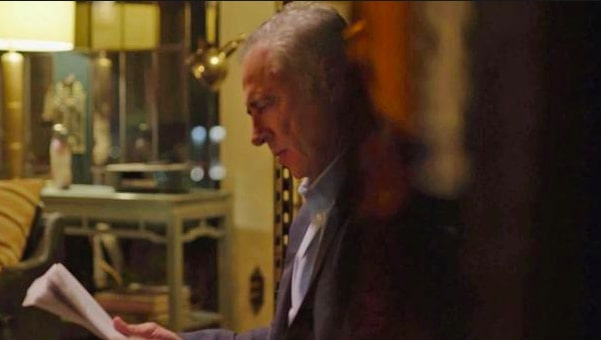 Mary Day’s case has its own set of twists and turns. More so, this case has spanned over several decades. Though it saw a proper closure, not everyone was particularly convinced of its truth value. Mary Day disappeared in 1981 when she was just 13 years old. Several years after she went missing, her sister, now an adult, went to file a case for the same. Soon, investigations began, and they found out that the worst did not happen as Mary Day made a re-appearance in Arizona.

Her behavior and memories didn’t match up to that of Mary Day, who went missing. They were forced to be satisfied with DNA evidence, followed by more proof that sealed the case shut. Now, even after all these years, some still seek an answer knowing that they may not necessarily find it.

Who Is Steve Cercone?

Steve Cercone was the Chief of Police at Seaside during the time he was involved with the case. He is one of the two people who were involved with the Mary Day case since the case was registered. Though Detective Joe Bertaina was the lead investigator of the case, Steve Cercone was equally invested since he had assigned the case to him. In the aftermath of certain interrogations with the parents, Cercone and others led cadaver dogs to search the family house backyard, where Day was seen last. The dogs spotted possible human remains, but the only solid piece of evidence they got was a girl’s shoe.

Cercone was almost on the verge of declaring this a possible homicide when Mary Day made a re-appearance. It was Cercone who had received that phone call. To the very end, even in many of his recent interviews with 48 Hours, he is still not sure if they had the real Mary Day. Things ranging from her lack of childhood memory, accent, and mannerisms were way off from what possibly would have been an adult Mary Day who went missing as a child.

Where Is Steve Cercone Now?

Steve Cercone now serves as the president and founder of Safe Cities Global. It is a business development firm that focuses on public safety. Before he made this career switch, he had served in the police force for over 30 years, his last designation being the Chief of Police for the Seaside Police Department. He is also a member of the advisory board of the International Institute of Criminal Justice Leadership at the University of San Francisco. He is a top public figure in the community.

We are happy to announce that former California police chief Steve Cercone will be joining the Cardinal Point Consortium. Steve retired as Chief of the Seaside Police Department in Monterey County in 2010 and is now president of the consulting firm of Sa…https://t.co/XP6TybhIPx

In 2009, he was involved in a tiff with the administration that soon erupted through rumors of why he was forced to go on paid leave. However, as the case got resolved, he stepped down from being the Chief with a promise not to sue. The matter of the case was never really disclosed as it was deemed as personal.

Though his Twitter page is private, certain events he attends are visible. His Facebook page is quite active, with photos of his travels and musings.

Hanging out with Thomas Jefferson at Monticello.

In addition, he got married in 2018 to Amy Sussman.

Who Is Judy Veloz?

Judy Veloz, was the acting Chief of Seaside police in 2017 when she revealed the one missing link that would put the entire case into perspective. She went to visit Mary Day, who then referred her to a woman named Morie Kimmel, a woman Day stayed with the following year into her alleged runaway. Kimmel produced a photo taken of Day the year she stayed with her. The picture which was taken just a year after she went missing, resembled that of the 13-year-old Mary who had run away. Thus, the runaway story was declared valid, after which the case was closed.

Where Is Judy Veloz Now?

Judy Veloz is one of Seaside’s Deputy Chiefs. She has over 21 years of experience in the police department. She has worked with several programs like that of the Homeless Outreach Program. She is quite often featured in local newspapers as one of the notable heads of the Seaside police department.

Deputy Chief Judy Veloz is in Palm Springs broadening her knowledge base @WLLEsymposium. Our department is better because of her leadership! Looks like she found another great leader @slopdchief at the conference.👮‍♀️👮🏻‍♀️😃👍🏼#lawenforcementleaders pic.twitter.com/X5wQoEgt8R

Though she isn’t very active on social media, her Facebook page recently shared a post about a missing ten-year-old from Seaside who was found safe.