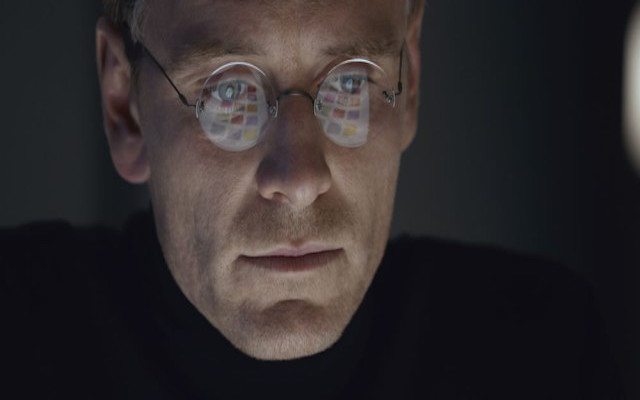 As you already know, ‘Steve Jobs’ happens to be one of the most anticipated movies of the year. With so much talent involved in the form of director Danny Boyle, writer Aaron Sorkin, and actors Michael Fassbender and Kate Winslet, it deserves to be hotly anticipated. In terms of Oscars too, this film was always expected to lead the pack.

‘Steve Jobs’ made its world premiere today at the prestigious and “the-Oscar-kick-starter” Telluride Film Festival today, and the reviews of the film were through the roof. While most of the critics praised the film’s deeply conversational and intelligent structure — mostly, thanks to Sorkin’s writing — almost all of them singled out Michael Fassbender as the true star of the film. Which also means, he now leads always competitive Best Actor Oscar race. Here are some snippets of the reviews:

“Danny Boyle’s version of Steve Jobs looks very different from what David Fincher’s would have looked like. It’s impossible to say whether one is better than the other would have been. Boyle gives the film over to the writing and to the film’s lead performance, a stunning knockout by Michael Fassbender as Jobs.”

“But back to Fassbender: he completely owns the screen for the film’s 125-minute running time…. Fassbender is possessed here, and therefore a no-brainer best actor Oscar contender who just shot to the top of that list alongside gentlemen like Eddie Redmayne (“The Danish Girl”) and Johnny Depp (“Black Mass”) this year.”

“Due to its “backstage” setting and approximate real-time frame, Jobs can’t help but provoke memories of the recent Birdman, which breathtakingly covered continuous action with unprecedented fluidity. Boyle’s sophisticated but pragmatic visual approach to evoking a maelstrom of activity stands somewhere between that and more conventional cinema-verite, befitting, perhaps, the period in which it’s set. But hardly any of this would matter without a dynamic actor at the center of things nailing the part of Jobs, and while Fassbender doesn’t closely physically resemble the man, he fully delivers the essentials of how we have come to perceive the man.”

“The stars of the film are, not surprisingly, Michael Fassbender and Aaron Sorkin. Sorkin’s dialogue snaps, crackles, and pops with adroit enthusiasm, and Fassbender pontificates the almost-too-smart banter like a maestro. I’ll get right to the point: Fassy simply gives the best performance of the year so far, and should jump to the top of any Oscar predictions you might have going.”

Well, all I can say is, I can’t wait to see the film. I have been a big fan and an ardent advocate of Micahel Fassbender since the time I saw him in ‘Fish Tank’. Then, he completely blew me away in ‘Shame‘, which I think is one of the best male performances of last decade. Though, the world, mostly, came to know about him after ’12 Years A Slave’.

Keep checking this page as more reviews of the film drop in.