Where Is Steve Penny Today?

‘Athlete A’ is a documentary directed by Bonni Cohen and Jon Shenk that unpacks not just the sexual abuse that Larry Nassar, a doctor at USA Gymnastics, inflicted upon the athletes but also the physical and mental abuse that they went through under the strict coaches and the stricter company policies. By its end, the documentary basically called for a full-scale dismantling of every facet of USA Gymnastics, which right now is in bankruptcy.

One individual who could have done a lot more to help the athletes but didn’t, in fear of either losing his power, or the sponsorships, or people’s love and trust, was the former CEO and President of USAG, Steve Penny. He was a key figure in the sex scandal and because he hadn’t reported the assault cases and had refused to take up any accountability, he is now paying for it. Curious? Read on to find out!

Who Is Steve Penny?

The Washington native had joined the USA Gymnastics in March 1999 as a Senior Vice President and was responsible for overseeing the business development, marketing operations, sponsorship deals, event operations, and television and communications for the company. Before all this, though, after he had graduated from the University of Washington, Steve had worked in the travel and tourism industry. Then, he started a career in the sports industry as a marketing and promotions assistant for the Seattle Mariners. Basically, Steve spent all his whole life ensuring that his companies looked good to people.

Therefore, in 2005, when he became the CEO and President of USAG, he kept up with the same approach. Whenever he got complaints against any of his employees, he dismissed it as hearsay. And the company allowed him to do so because they were the third party. If the complaint was not signed by the victim, the victim’s parents, or by an eyewitness, he didn’t have to report it. That’s kind of what happened in 2015 as well, when he found out about Maggie Nichols and her parents’ “concerns” over Larry Nassar and his behavior.

It took him a month to contact the authorities, the FBI, but even then he had a hold over their investigation as he was talking to them about job opportunities. Steve was called a leader by everyone in the sports world, but what went on behind closed doors, would bring shame to any organization. In 2017, when the sexual assault case blew up and Steve came under the microscope for never having reported anything or contacting child protective services, he handed in his retirement papers.

Where Is Steve Penny Now? 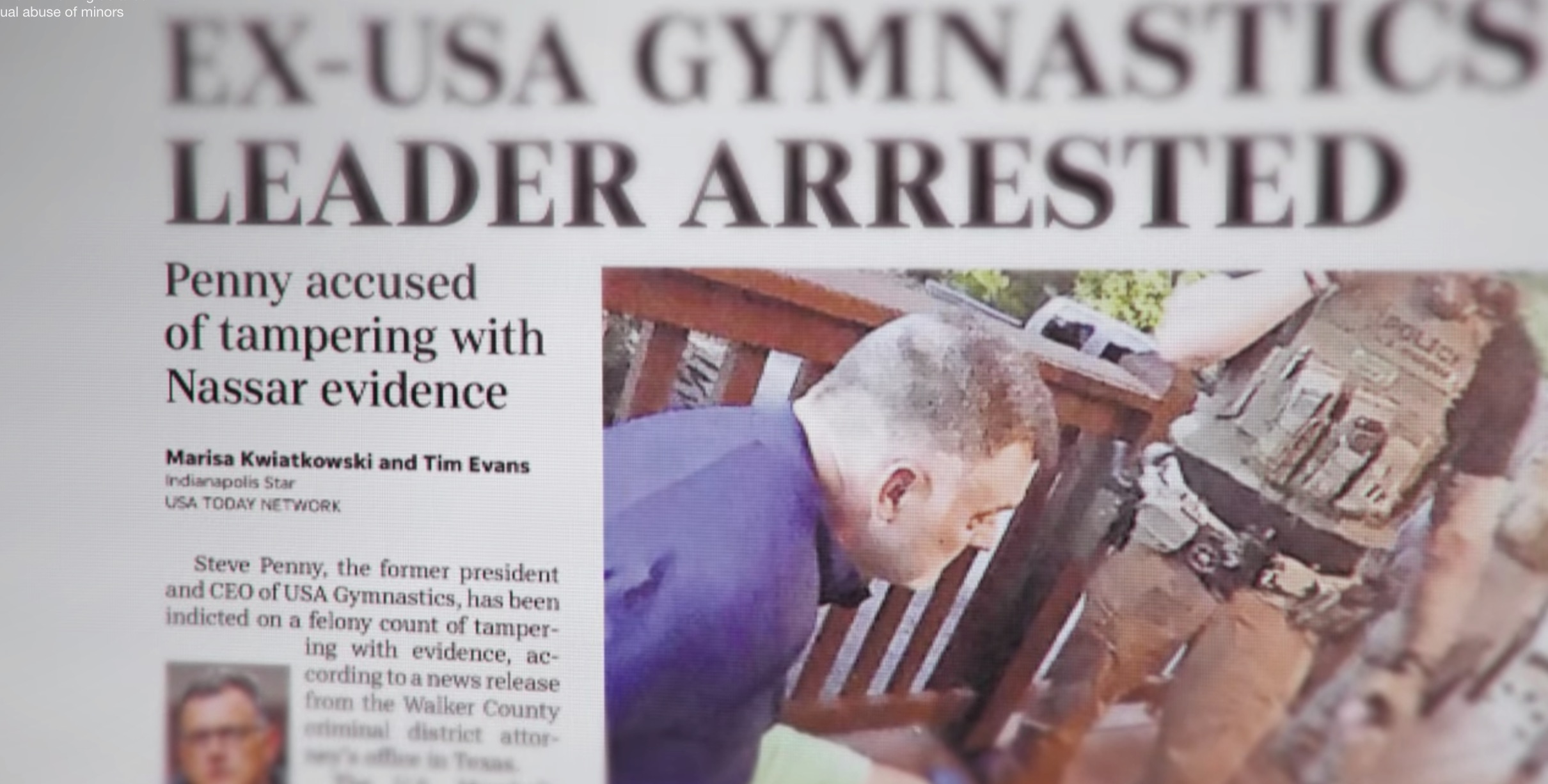 Steve Penny was in a cabin in Tennessee on October 17, 2018, when the United States Marshals Smoky Mountains Fugitive Task Force arrested him. He got charged for tampering with evidence during the investigation of the sexual assault cases against Larry Nassar. The indictment alleges that Steve had ordered for some documents to be removed from the Karolyi Ranch in Texas, where some of the assaults had occurred.

In his late 50s now, Steve is awaiting his trial in Texas. If he is convicted of the charges against him, he faces a $10,000 fine and a sentence that could be anywhere between 2 to 10 years. The day after Steve’s arrest, the USA Gymnastics placed him on its “permanently ineligible” list of members.