Are Steven and Olga From 90 Day Fiance Still Together?

If you’re a fan of reality TV involving relationships, you may have heard of ‘90 Day Fiance’. A documentary-like show revolving around a few engaged international couples trying to build a life with each other in the U.S., the TLC original series, follows the couples’ story and covers every aspect from how they first got together to their decisions about the future.

Steven Frend and Olga Koshimbetova were first introduced to us on Season 6 of ’90 Day Fiance’. The couple initially met on a beach when Olga – from Russia – was staying in the U.S for a summer. What they intended to be just a summer fling turned out quite different when Olga got pregnant a month and a half into their relationship. The couple decided to raise their kid in the U.S., following which Steven applied for the K-1 visa for Olga. Wondering where the couple is now? We have all the updates for you, so read on!

Are Steven and Olga Still Together?

The answer to this question is a big, YES! Steven and Olga are still very much in a relationship and are going strong. In fact, the couple got married on August 30, 2019, in a courthouse ceremony in Maryland, where Steven is from. 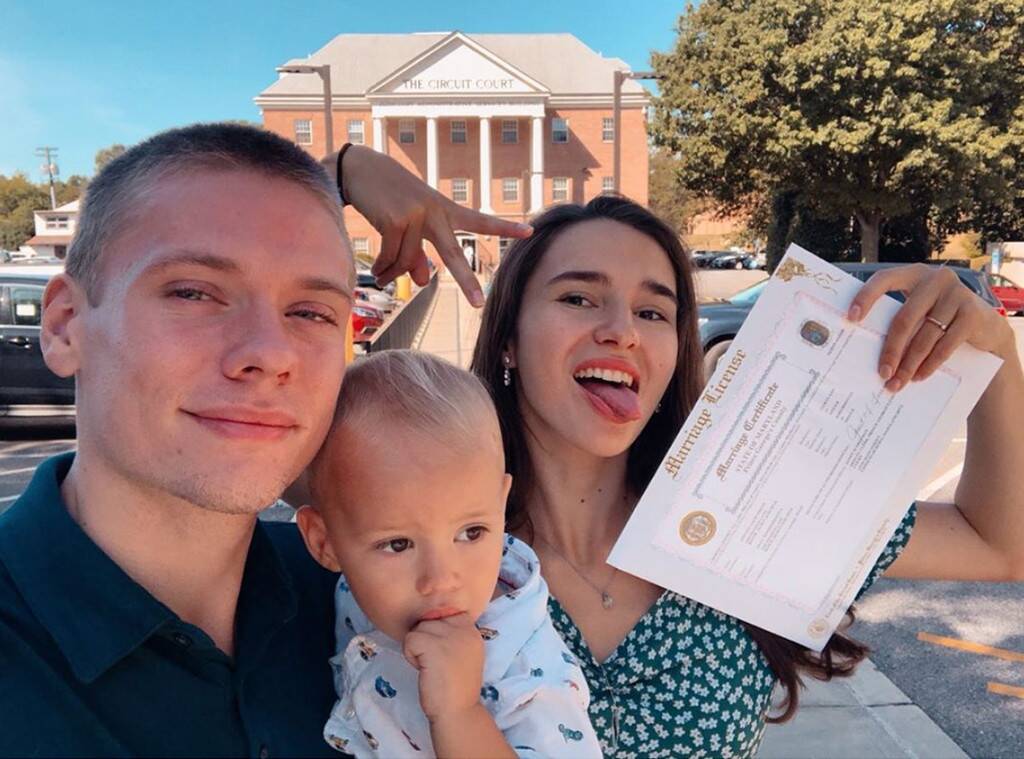 Steven and Olga had a very rocky relationship in the beginning. During season 6 of ’90 Day Fiance’, we saw Steven going to Russia to be with Olga for the birth of their child Alexander “Alex” Frend (Richie). While there, we found out that Olga was under the impression that he had already applied for her K-1 visa months ago when in reality, that hadn’t happened. So, season 6 ended with him proposing to her and having a kid together while still being in a long-distance relationship.

Steven’s childish ways and tantrums hadn’t done anything to help their relationship either. But, when in December 2018, Olga’s visa application was approved, and she moved to Maryland to be with her then-fiance, things took a turn for the better.

For their two year anniversary, in the early summer of 2019, Steven put up a selfie of the two on his private Instagram account with the caption: “Today marks 2 years together. “Has it been perfect? No. But in reality, all relationships do have ups and downs, but staying together is what makes the relationship so very strong.”

“I appreciate you Olga so much for staying patient with me while I found my way,” he added. “I was so lost without you here with me and now that I have you i never want to let you go. So here’s to 2 years down and many more to come. I love you babychka.”

Olga’s Instagram, on the other hand, is public and available for every fan to see. She uploads a lot of adorable pictures of her family there to keep fans updated on everything that is going on in their lives. You can check out a couple of such posts below:

How are you guys doing? Rate your mood from 1 to 10👎🏻👍🏻 Mine is 8,5 😂 P.S Parents what are you doing to keep your children busy? My ideas how to entertain Alex will end soon 😅 #parenting #child #skate #quarantine #boyswillbeboys

Heeeey whaaats uupp 😛 Sorry guys I disappeared for awhile😬 but I’m back. How was your Monday?

Although Olga hasn’t been wearing her wedding ring in her recent Instagram posts and replied with an “It’s complicated” when asked about it in one of her posts in November 2019, the couple still spends a lot of time together. And, since no announcements have been made, we hope that they have worked out their issues and are happy together.

Read More: Are Alexei and Loren From 90 Day Fiance Still Together?