Steven Universe Future E15: When and Where to Watch? 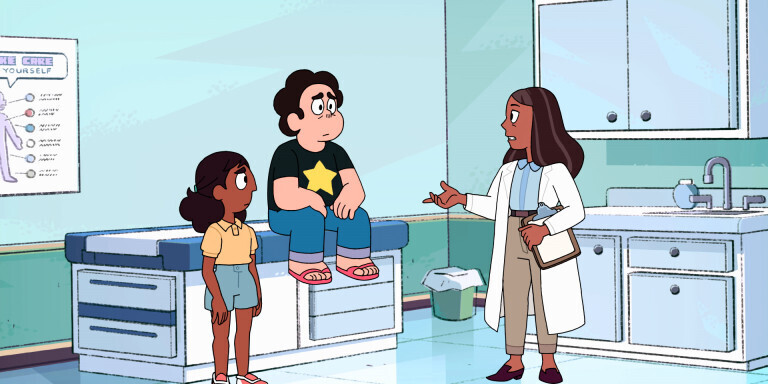 ‘Steven Universe Future’ AKA ‘Steven Universe’ Season 6, is an animated sci-fi fantasy series that follows Steven, as he aims at tying up all the loose ends after rescuing the Gem empire. Now that the world is rescued and no new threats are looming over the Gems, Steven finds it challenging to relax and focus on himself.

Created by Rebecca Sugar, the limited series serves as an ultimate epilogue to ‘Steven Universe.’ It premiered on December 7, 2019. After a three-month hiatus, the show returned on March 6, 2020, with more hard-hitting episodes. So far, we have seen Steven neglecting his mental health and running away from the fact that he needs professional help to deal with all the trauma that has been inflicted upon him since his childhood.

And thankfully, in the latest episode, i.e., Episode 14, we see him getting the help he needs, although reluctantly. It is a painful one to watch as it hits too close to home, but it is necessary for Steven, and for some of us. Check out the recap section for more. In case you want to know what happens in the ‘Steven Universe Future’ episode 15? We have got you covered. Read on.

If you don’t have a cable subscription, you can stream past seasons of the show on Fubo TV, and Direct TV. Another way you can watch the show is by availing the VOD service on YouTube TV, or by purchasing the episodes on Amazon Prime. Several previous episodes from the series are available on Hulu as well.

Episode 13 is titled ‘Together Forever.’ Steven has been sprinting away from his problems since a long time, but in this episode, he takes it way too far. With a glowing ring, Steven pops the question to Connie and faces a shedload of embarrassment, when she says, “Not now.” Although it breaks Steven’s heart, we all know this was going to happen. It breaks our heart to see Steven this distraught, but he can’t use Connie as a distraction from his trauma. It’s just not fair. But let’s be honest here, we all have resorted to making foolhardy decisions to curb our pain. It’s natural. In the end, Garnet sheds some pearl of wisdom to calm her friend down – “Your soulmate is your complement. Not your missing piece.” Word.

In episode 14, titled, ‘Growing Pains,’ Connie convinces Steven to visit her mother, Rebecca, after he begins morphing dangerously. Instead of dilly-dallying, Rebecca rips off the band-aid straightaway. She tells Steven that he is dealing with the effects of adverse childhood experiences AKA trauma, which has impacted his social, physical, and emotional development. Steven goes down memory lane and finally confronts his trauma head-on. He even asks Greg for some support. One step at a time, right? The relatable episode hits the head on the nail when it calls out Steven for his lack of consideration of his own problems.