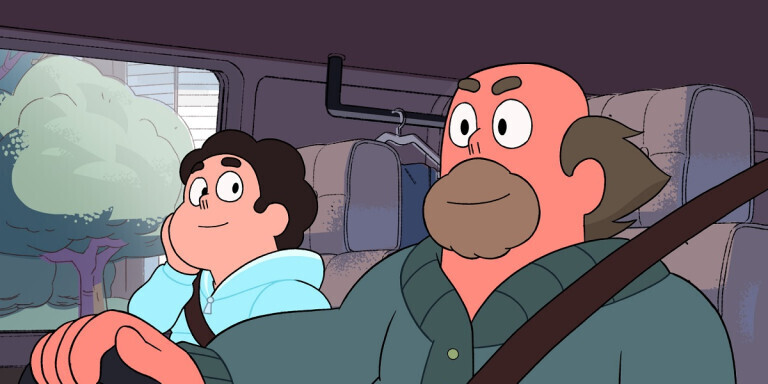 The limited series ‘Steven Universe Future’ is nearing the finish line. The animated sci-fi fantasy series which serves as an ultimate epilogue to its parent series, ‘Steven Universe,’ and the eponymous film, revolves around the adventures of Steven, a gem and human hybrid, who is struggling to deal with his deteriorating mental health, after realizing the fact that since there is no immediate danger looming over his Gem friends, he has no purpose left in life.

The Rebecca Sugar creation returned from a mid-season break on March 6, 2020. So far, we have seen Steven trying to evade any sort of assistance from his concerned friends despite knowing that something is very wrong with him. But thankfully, on Connie’s insistence, Steven meets with Connie’s mother Rebecca, who reveals that Steven is dealing with trauma inflicted upon him in childhood and he has to confront his fears head on, before it’s too late.

In episode 16, which released on March 20, 2020, Steven tries to understand his psyche but fails miserably. After his encounter with Jasper, fans are worried that Steven might never recover. In case you want to refresh your memories, check out the recap. To know what happens in ‘Steven Universe Future’ four-episode series finale, keep reading.

The four-episode finale culminates in Episode 20 at 7:45 pm ET.

After the whole Jasper incident, Steven has had enough. He is disappointed in himself and the destructive potential he possesses. In the series finale, we can expect to see Steven, giving up on himself and leaving his friends – Amethyst, Pearl and Garnet behind to move to someplace else. But where? There’s a chance he might end up going to the home world to live with the Diamonds. His friends might try to stop him but he might go regardless. Things haven’t been so great with Steven lately, and it’s about time he gets some actual help or he might end up destroying himself.

The finale might feature a series of flashbacks, showcasing all the good times Steven has spent with his friends. We aren’t too sure but it seems like even Jasper would try to persuade Steven to stay, looking at his condition. The last time I checked, Jasper and the Gem trio aren’t on the friendliest of terms but it is possible that all of them might band together to try and bring Steven home, even if Jasper doesn’t necessarily like the Crystal Gems.

If you don’t have a cable subscription, you can stream past seasons of the show on Fubo TV, and Direct TV. Another way you can watch the show is by availing the VOD service on YouTube TV, or by purchasing the episodes on Amazon Prime. Several previous episodes from the series are available on Hulu as well.

Episode 15 is titled ‘Mr. Universe.’ In the episode, Steven and Greg go on a trip. Greg shares his childhood stories with Steven, revealing how he felt trapped with his parents who always wanted him to study and make a career, etc. Steven has never experienced a normal life. Therefore, on listening to Greg whining about his younger days, Steven gets overwhelmed by emotions and accuses Greg of stealing his childhood away from him. He even yells at him, “You’re just like mom!” Ouch! But is understandable. Steven has always tried to be what others wanted him to be. He has always been there for everyone but himself. And what good is a person if he doesn’t know himself? Now that there is no war to fight and no threat to curb, Steven has lost the purpose to live and this is pushing him down a darker path.

In episode 16, titled, ‘Fragments,’ we see a helpless Steven running to Jasper for help. Yes, he has Amethyst, Pearl and Garnet and although they try their 100% to help Steven, nothing seem to work. And it’s not their fault either. I mean, how often has Steven opened up to anyone? Therefore, he goes to Jasper and seeks her advice since she is the only one who knows how to deal with anger. And Jasper being Jasper, asks Steven to embrace his anger. He does it to a point where it gains control over him and he literally shatters Jasper. He manages to bring her back but it’s devastating to look at. To see him like this. A sweet young boy turning slowly into a monster.