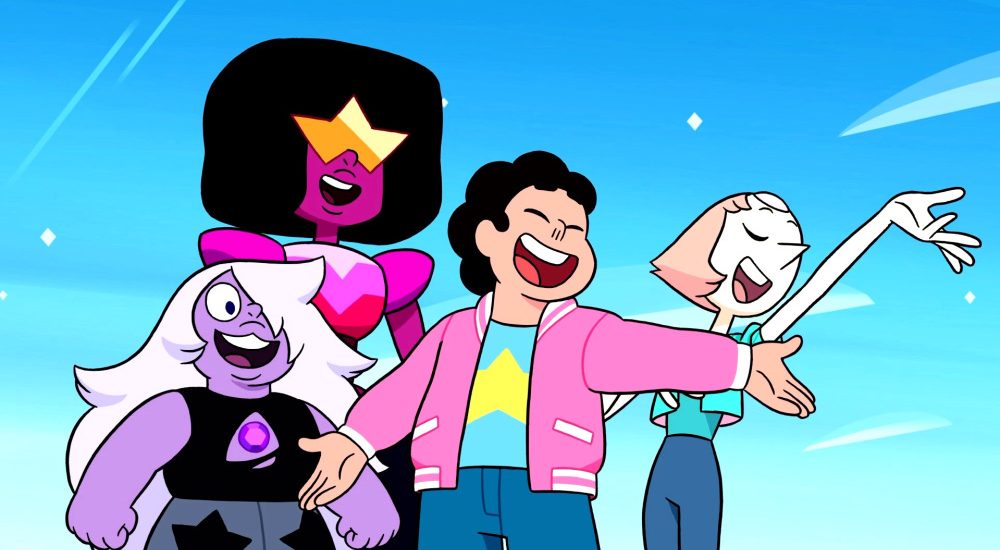 ‘Steven Universe’, with its cast of some really interesting characters, is an animated series that is very different from all the other shows on Cartoon Network. While most similar animated shows try too hard to be funny with all of their forced gags, this one uses its enthralling visual gags, dialogues, and engaging female-oriented animation style to present you a cartoon which is really refreshing.

Even if you’re not a big fan of all the recent series that are being featured on Cartoon Network, you’ll certainly be captivated by ‘Steven Universe’, which just seems to be getting better with each season.

The show has seen a total of five seasons to date. So the question that definitely arises next is, will there be a Steven Universe season 6? Well, read on to know.

While creating all the characters of the show, it was the motive of the designers to make them look as “alive” as possible. Creator Rebecca Sugar, while working simultaneously on both the appearance of the characters and their personality, was deeply inspired by all the fantasy shows she would watch with her brother during her childhood. So all the characters, in one way or the other, represent the classic characters of the good old Disney animated shows.

Since ‘Steven Universe’ is an animated show, all of its cast members only voice the characters. The titular protagonist, Steven, is voiced by American star Zack Callison. Estelle, who is a well-known singer, voices the character of Garnet, the Crystal Gem Leader. Other members of the cast include actor Michela Dietz and “The Party” singer Deedee Magno who voice Amethyst and Pearl respectively. Creator Rebecca Sugar, before she even created the show, had decided that Charlyne Yi would be playing the role of one of the Crystal Gems.

Steven Universe, the main character, has been widely appreciated as a male heroic character, especially by critics, because of how he is able to embrace all of his traditionally feminine traits such as nurturing and practicing empathy towards others. It’s also quite interesting to see how he aims to live up to the legacy of his heroic mother.

Then we’ve got Garnet, the current leader of the Crystal Gems, who is stoic, cold and as Steven would often say, “Mysterious”. But as the series further proceeds, she gets closer to the other characters and also learns to be more expressive about her feelings for Steven. Ruby and Sapphire, voiced by Charlyne Yi and Erica Luttrell respectively, are two smaller gems of the Garnet and make their first appearance in “Jail Break”.

Moreover, Amethyst is one playful character in the series who contributes towards most of its comical moments. Since, along with Steven, she is among the shortest and the youngest members of the Crystal Gems, the two of them get along really well because of all the funny childish gimmicks that they share.

And Finally, Pearl is another character who is the absolute definition of the word perfection. With her movements as smooth as that of a ballerina and her strategies as sharp as the tip of a knife, she is one of the most mature characters in the series and also quite short-tempered.

The whole lead cast reprises their respective characters in season 6.

Steven Universe Plot: What is it about?

‘Steven Universe’ is set in a fictional beach city where the Crystal Gems (the main characters of the series) and immortal alien warriors, who protect the world from all evil forces. Steven Universe is one of the Crystal Gems whose mother, Rose Quartz, sacrificed herself just to make sure that he gets to live his life in his true form.

What follows is the story of Steven and his other Gem friends who have taken it upon themselves to protect their planet known as Homeworld. And while they are at it, Steven must also reach his full potential by following the heroic principles of his mother. This not only allows him to become something more than himself but also teaches him his true purpose.

The official synopsis describes season 6 as “After saving the universe, Steven is still at it, tying up every loose end. But as he runs out of other people’s problems to solve, he’ll finally have to face his own.”

The really good news for all the fans of this animated series came when it was announced that it would be returning with an epilogue sixth and final season, titled ‘Steven Universe: Future’, which is more of a “limited series”.

‘Steven Universe’ Season 6 premieres on December 7, 2019, complete with a new theme and logo. It debuts with a one-hour special at 8 PM ET, featuring four back-to-back episodes, titled, “Little Homeschool”, “Guidance”, “Rose Bud” and “Volleyball”. It consists of 10 episodes and is expected to wrap up the whole story on December 28, 2019. You can watch the episodes on Cartoon Network.

You can watch the official promo trailer for ‘Steven Universe’ Season 6 below: