Is Strange But True a True Story? 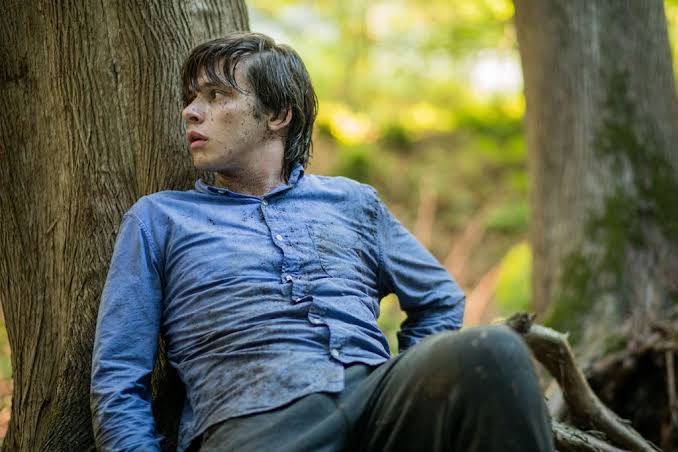 ‘Strange But True’ portrays loss at its rawest and most shattering. Directed by Rowan Athale and starring Margaret Qualley, Amy Ryan, Nick Robinson, and Greg Kinnear, the movie broods on how loss affects the ways in which we confront ourselves and others.

‘Strange But True’ starts with a revelation that sends ripples through a family. Pregnant Melissa Moody, the high-school girlfriend of the late Ronnie Chase, makes a surprise appearance at his parents’ house. The Chases’ themselves can be described as dysfunctional, at best. Five years after the loss of her youngest son, mother Charlene is still struggling to cope with his death and her subsequent divorce from then-husband, Richard. Phillip is stuck in an existentialist rut and constantly spars with Charlene. Melissa’s visit and ensuing revelation only serve to add fuel to the sky-high flames of the fire. Melissa reveals to the Chases that she suspects the father of her unborn baby to be Ronnie, or his spirit so to speak, since he remains, to date, the only man she’s ever been with. The rest of the movie chronicles how the Chases contend with this shocking piece of news and unravels the mystery of how this came to be.

Is Strange But True Based on a True Story?

No, Strange But True is not a true story. The film is an adaptation of author John Searles’ eponymous book released in July of 2004. Both, the book and movie, are the result of the author drawing inspiration from his own life experiences.

The book, too, explores the devastating and undying nature of loss. While the book cannot be called an autobiography per se, it derives its themes from a poignant moment in the author’s life. In an interview, the author reveals, “Also, both books [‘Strange But True’ and debut novel ‘Boy Still Missing’] deal with the themes of unexpected loss, which is something I’ve had to face in my own life.”

Searles’ younger sister died tragically young at the age of 17. The loss took a heavy toll on Searles, who channeled his grief into writing. Says Searles, “Then my sister died, and that changed everything, because it was horrific. My sister made me realize that life is short, and I thought, you know, [writing] is what I always wanted to do.” The book draws many parallels with Searles’ life. Similar to Charlene and Richard Chase in ‘Strange But True’, Searles’ parents, too, called it quits after the death of their daughter. Moreover, modeled on the inspirational female forces in Searles’ life, including his late sibling and youngest sister, Searles’ book features strong female characters in starring roles.

Once Searles’ book started picking up traction, he received offers to adapt it into a movie, one of them being from producer Fred Berger. After learning of Fred’s attachment to the project, Athale came on board to direct the movie. Says Athale, “I read the script prior to reading the book. Fred Berger, one of the film’s producers, had been developing the movie for some time with John Searles and screenwriter Eric Garcia. Fred and I were acquainted, and we’d been trying to find something to work on together for a while. Fred sent me the script to see if it was something I’d be interested in. Halfway through Eric’s excellent script, I knew I would be directing this movie.” Searles, too, was reportedly heavily involved in the production of the film and made valuable inputs in shaping its direction.