Where Was Stranger than Fiction Filmed?

‘Stranger than Fiction’ follows the unique story of an ordinary man as he starts hearing a voice in his head that narrates every aspect of his life. Senior IRS Agent Harold Crick’s (Will Ferrell) life has always been bound by strict routines and numbers. It’s a moribund, solitary existence that is surprisingly self-aware. One day, he starts hearing the voice of an apparently English woman in his head. It deeply unsettles him, especially when the voice says that he is going to die soon. Realizing that he has somehow become the protagonist of a developing story, he must now find the author before its too late.

Directed by Marc Foster (‘Finding Neverland’), the film stars Will Ferrell, Maggie Gyllenhaal, Emma Thompson, and Dustin Hoffman. Following its release in 2006, it was a critical and commercial success and has since become one of the most celebrated offbeat comedies of all time. The movie is set in Chicago, and the city’s distinctive skyline adds extra layers of beauty and complexity to the story. Here are all the locations where ‘Stranger than Fiction’ was filmed!

‘Stranger than Fiction’ was exclusively shot on location in Chicago, Illinois. Director of Photography Roberto Schaefer, who previously had worked with Foster in several projects, brought the steely and urban beauty of the Windy City to life onscreen. Principal photography began on April 25, 2005, and ended on July 20, 2005. The production as a whole lasted from January 31, 2005, to January 2006.

‘Stranger than Fiction’ opens with Harold making his way to the bus stop to catch the bus to his office. The scene was filmed at the southwest corner of E. 26th Street and Martin Luther King Drive. The same location was also used to shoot the scene in which Harold saves the boy from being hit by the bus but gets hit instead. 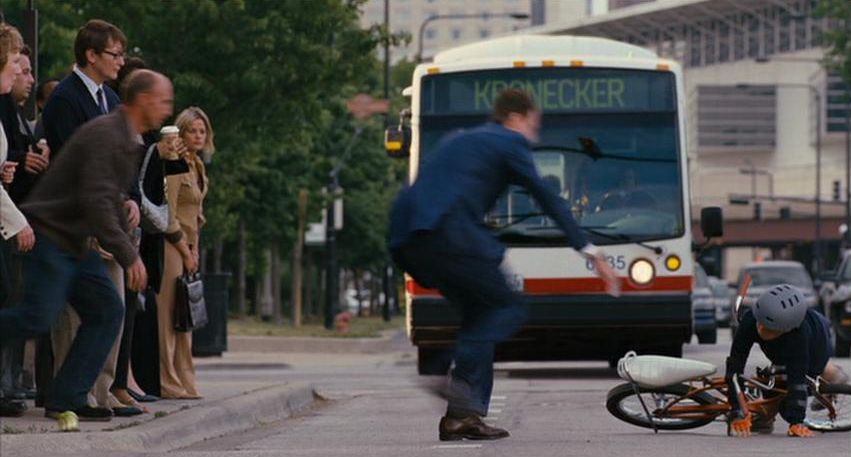 La Catedral Cafe & Restaurant, situated at 2500 S. Christiana Avenue (Little Village neighborhood), was transformed into the bakery that Ana Pascal (Gyllenhaal) owns. The building, on top of which Karen Eiffel (Thompson) stands in her vision while planning how to kill Harold Crick in her book, is located at the southwest corner of N. State Street and W. Madison Street. 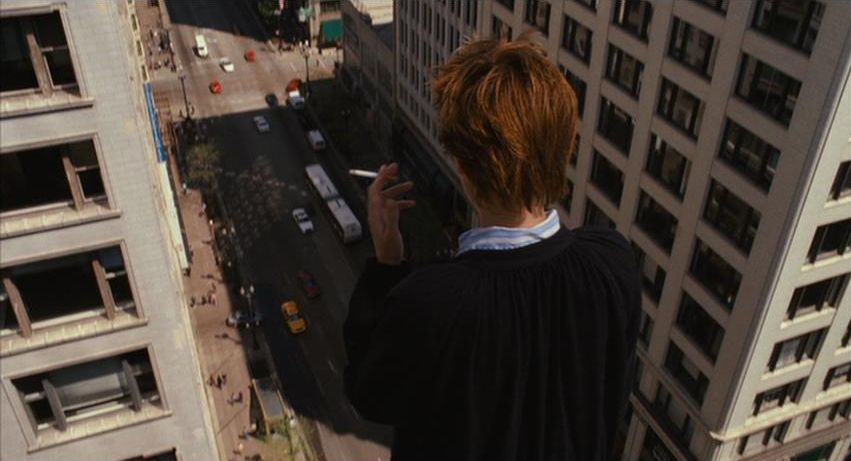 The film makes an early connection between the two people involved in Harold’s accident, the woman bus driver and the boy on the bike. They appear in the same shot in front of the Sears Building at 2 North State Street. The scene, in which Harold’s watch briefly stops working, and he asks his fellow commuters for the time, was filmed in front of The U.S. Post Office, located at 211 S. Clark Street. 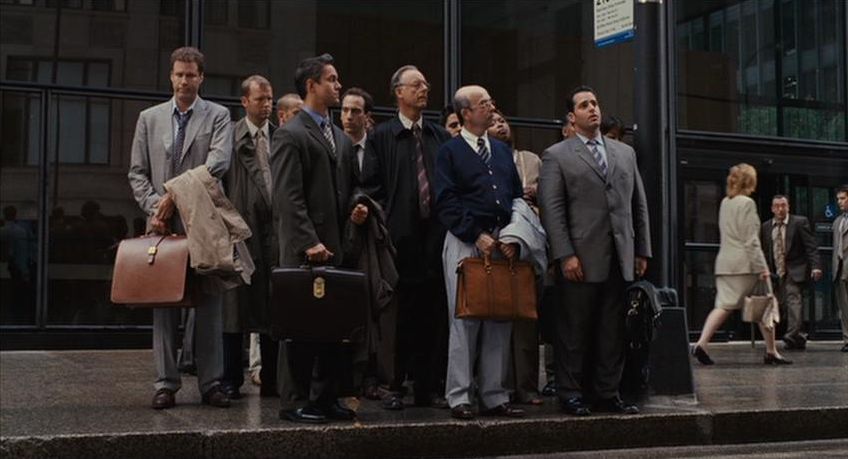 Following his mildly flirtatious moments with Ana, Harold gets off the bus, 17 blocks away from his regular stop. This was shot around 175 E. Chestnut Street. Eiffel’s second vision regarding Harold’s death was shot at 3200 Dickey Road. The shots of Harold’s apartment were filmed at 6350 N. Ridgeway Avenue. However, the real building was not actually wrecked, as it is shown in the film. The sequence was shot inside a studio, and the large building in the background was added through special effects. 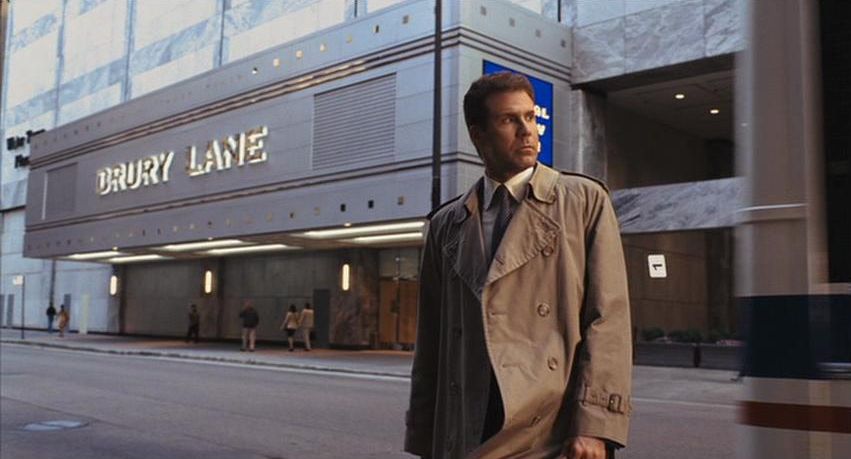 The CNA Center at 333 South Wabash Avenue in the Chicago Loop was turned into an IRS office in the film. The Logan Theater, situated in the Logan Square neighborhood, was used in the scene where Harold visits a cinema hall. 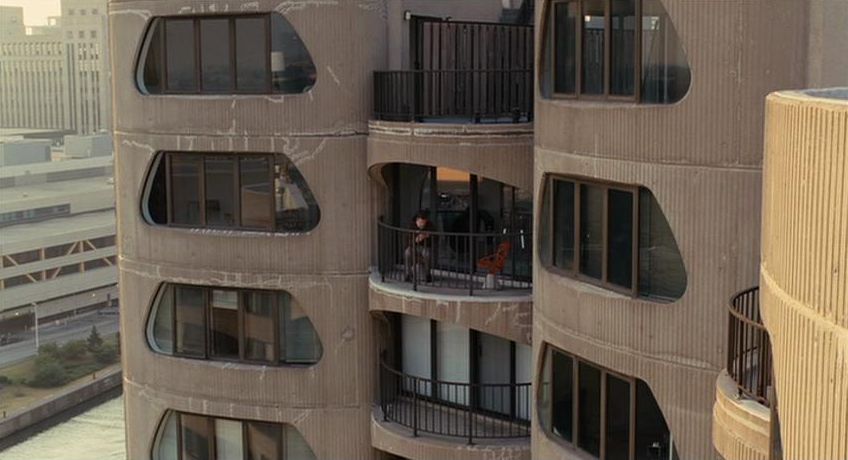 A different store at 214 S. Clark Street was turned into the Amped guitar shop. A section of the River City Condominiums became Harold’s friend Dave’s apartment. The swimming pool in the film can be found on the ULC campus at 750 S. Halsted street. 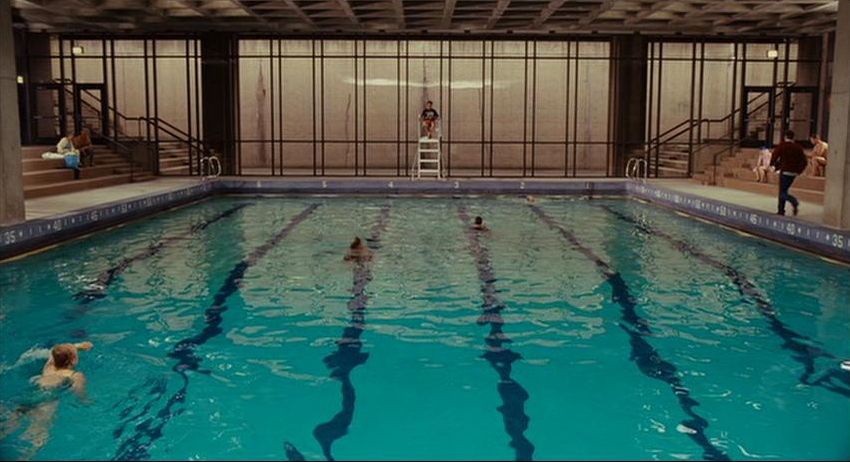 A location around 530 S. Wells Street was used to depict a new bus stop. A house located at 2133 W. Thomas Street was transformed into Ana’s home. 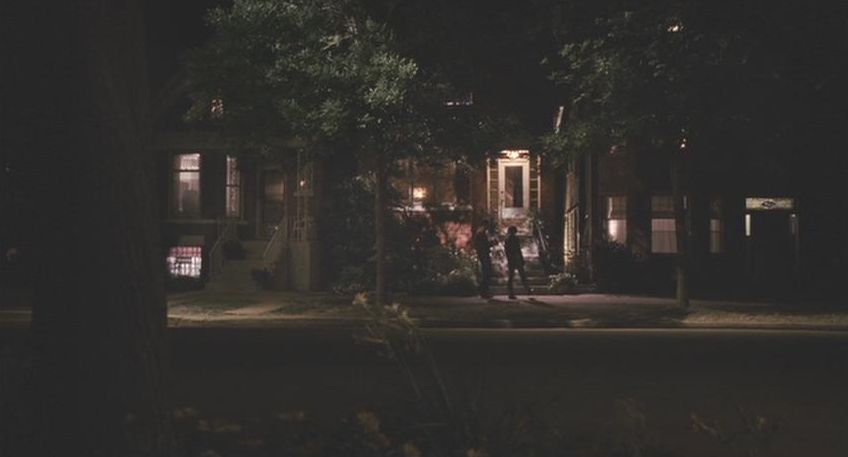 The scene in which Eiffel finally figures out how to kill Harold was filmed outside Osama Food, a grocery store located at 1308 S. Central Park Avenue. 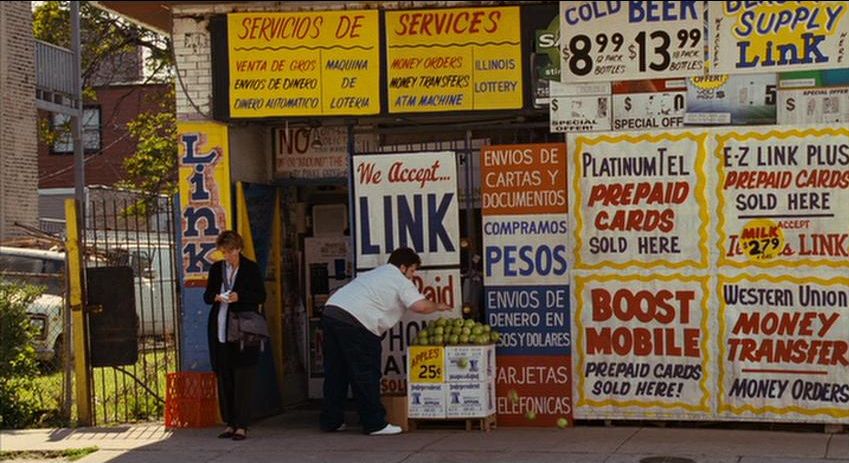 Harold visits Eiffel’s publishers to find out her address. The exterior shots of this scene were taken in front of the John Hancock Building at 175 E. Delaware Place. Harold’s frantic search for a payphone was filmed at Daley Plaza at 50 W. Washington Street. 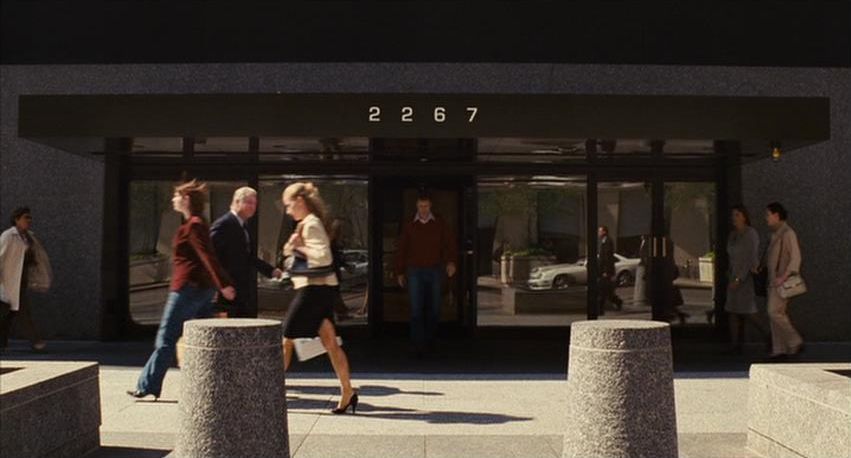 His search subsequently leads him into the subway, which was filmed at the northwest corner Of W. Washington Street and N. Dearborn Street. The poignant scene in which Harold tells Eiffel that she should complete the book was most likely shot at 904 S. Homan Avenue. The bus garage towards the end of the film is the real 74th Garage at 1815 W. 74th Street. 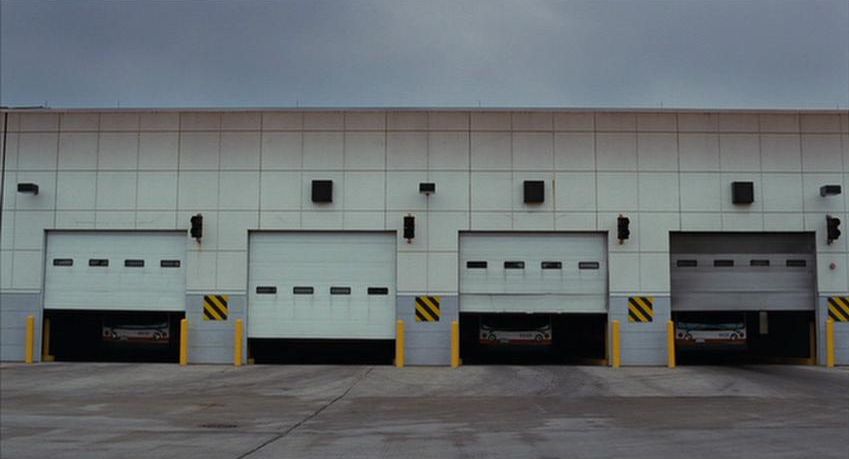