When Does Street Outlaws: Memphis S04 Come Out? 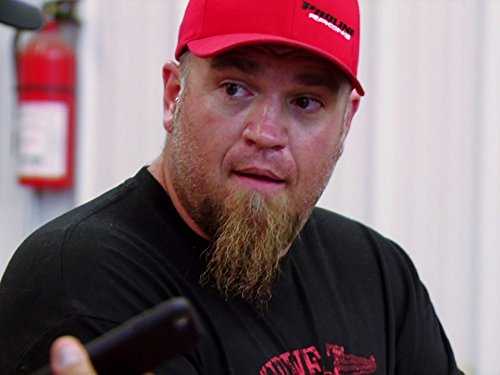 As the name suggests, both the original show and the spin-off focus on street racers going about their work on some of the craziest and meanest streets in the city. Unlike its predecessor, ‘Street Outlaws: Memphis’ focuses on particularly the streets of Memphis, Tennessee, and on JJ Da Boss and his team of wild and adventurous racers rearing to go for racing in some of the most bizarre and challenging locations in Memphis. Together, the racers have almost a decade-long racing experience. The series revolves around “Team Memphis”, which is known not only for their dedication and love for racing but also for the honesty and discipline they show during the game.

The spin-off show is any racing enthusiast’s dream as the viewers get to see high-octane, power-packed racing by the experts. The first season of the series had a tremendous response that made Discovery Channel renew the series for a second as well as the third edition. Now, the question is: when will ‘Street Outlaws: Memphis’ season 4 release? Well, we have got you covered. Read on.

Street Outlaws: Memphis Season 4 Release Date: When will it premiere?

Despite the controversies as a result of the alleged assault incident and lawsuit, Discovery managed to bring the show for a third installment. And we were not surprised when we heard that the channel recommissioned it for yet another season. ‘Street Outlaws: Memphis’ season 4 is slated to release on March 23, 2020, at 8 pm ET/PT, with a special two-hour premiere.

‘Street Outlaws: Memphis’ features JJ Da Boss as himself who heads his racing team and takes them on high-octane racing adventures. His team, meanwhile, comprise mostly family members and his friends. The show features JJ’s wife Tricia, popularly known by her racing name, “Midget”, in a major role, and their son Doughboy. Another important personality in JJ’s team is his cousin, Precious, who is also popularly known by her rather swanky name, “Queen of the Streets”.

These four main people aside, the show also features a host of JJ and his family’s friends, that add a flavor of drama to it, apart from its racing action. Some of the important names from this list include Jeff James, Brian Britt, Carp, Mustang Mike, Dennis Bailey, Kenneth Gulley, Donn Gingrich, Jamie Otts, Lee Roberts, and Jason Ainsworth.

In season 4, all of the above cast members will make their respective comebacks. Among the new drivers, we will meet Mallory “Molly” Gulley as she races her new car, The Ugly Duckling, against Kentucky. Doughboy’s wife, Chelsea, will also join the family business as she gets behind the wheel herself.

What is Street Outlaws: Memphis about?

‘Street Outlaws: Memphis’ is all about Team Memphis and their exploits as they go about some mad racing in some of a few seriously wild and challenging locations. Team Memphis is known for their passion, love, and dedication towards racing and is widely held in high regard for their honesty and their respect for the rules of the sport.

Despite participating in many life-threatening races, Team Memphis goes about beating their competition without resorting to any wrongful or crooked means. Their belief in defeating their opponents in an honest and respectful way add to their reputations as great racers, and understandably, Team Memphis also enjoys significant respect among viewers.

Season 1 of the show, which made its way to viewers’ screens on January 2018, gradually introduces the viewers to JJ Da Boss, Tricia, Doughboy, and Precious, while also treating viewers to some adrenaline-charged racing. The show immediately found appreciation among viewers, especially from racing enthusiasts.

After Discovery Channel renewed the show, ‘Street Outlaws: Memphis’ made a return with Season 2 in October 2018. The second season picks up from where Season 1 leaves off, and again puts Team Memphis and its bold members under the spotlight.

However, not everything went as planned in the run-up to the release of Season 2. ‘Street Outlaws: Memphis’ in September 2018, came under the spotlight after a racer couple, Chad and Genny Larkin, who had been invited for the show’s filming, sued Discovery Channel, alleging that they had been assaulted during filming.

According to the lawsuit, the Larkins alleged that JJ Da Boss (or, Jonathan Day) along with his friend Bounty Hunter, had brutally assaulted Chad, to the point that the racer thought that the duo was attempting to kill him. Genny, too, alleged that she had sustained injuries during the onslaught. Understandably, when Season 2 was aired a month later, it was done so under the shadow of this untoward and shocking incident.

But against all odds, season 3 made a successful return and starts off by following the crew as they race against racers from Illinois. However, the weather plays the spoilsport here. Next, JJ picks up a slot to engage in the ultimate faceoff with a rival team from Detroit. According to a bet, the city which wins seven races first wins the total $20,000.

In another episode, a crew from Indiana challenges the Memphis family. Gulley makes a comeback after a crash and the team reaches Ohio. Then, there is the big tire event in West Virginia that pits 13 MSO racers against the remaining non-MSO racers.

Season 4, raises the stakes even higher as JJ and the Memphis Street Outlaws face multiple tough challengers such as battling Travis Harvey aka Carolina Kid from Virginia Drivers. Other racers who feature against Team Memphis are Ronnie Pace from Texas Drivers, North Carolina’s Chris Block, and Kentucky’s Quinn.

While Discovery Channel hasn’t released trailers for ‘Street Outlaws: Memphis’, you can find all the previous episodes here.