All the Places Where ‘Strike Back’ Has Been Shot 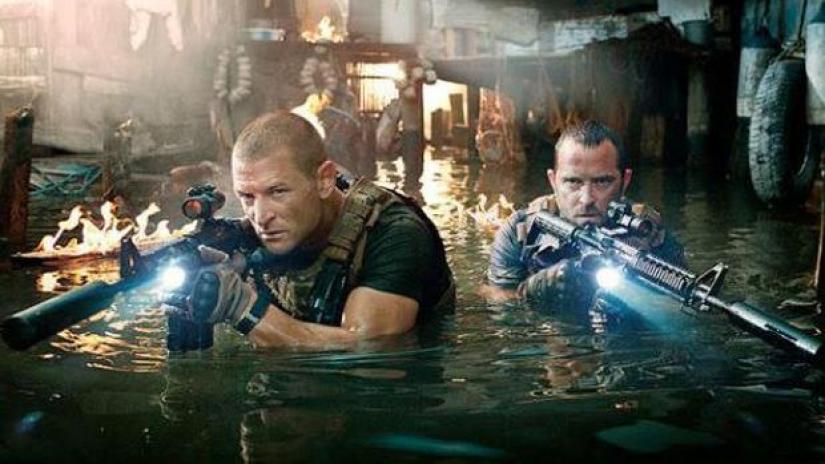 ‘Strike Back’ is a globetrotting action television series that advances Cinemax’ youth-pleasing style with cheesy thrills. According to the New York Times, “There’s something satisfying in the combination of crisp British detachment and Cinemax lasciviousness.” The show is cliched and features some truly escapist action that might not provide the most cinematically ground-breaking experience but definitely scores high on “cheap” thrills. However, that would be slightly unfair to the British show’s appeal which has often been compared to ’24.’ It simply provides the kind of hero-beats-baddie entertainment that viewers have been used to, thanks to big-budget movies.

‘Strike Back’ revolves around a fictional, British anti-terrorist organization known as Section 20. A covert unit of the Defense Intelligence Service, the agents find themselves regularly traveling to exotic locations to reign terror and unlimited bullets on terrorists while engaging in sexual detours with equally exotic women that harken back to the age of the Bond girls.

The team members always find themselves in a distant corner of the world, from places like South Africa and Somalia to those like Chechnya, Colombia and Lebanon. These places serve more as picturesque backdrops rather than fully-fledged and well-realized settings with complex political landscapes. Again, ‘Strike Back’ does not claim or attempt to be anything more than a steroid-pumped, flesh-filled escape from reality. The show is looking at you: male, ‘Die Hard’ fans.

Many of you might be wondering where is ‘Strike Back’ filmed. The British action show regularly travels to exotic locations across the globe. Typically, each season features at least one foreign location.

The eighth season of ‘Strike Back’ follows the Section 20 team as they attempt to obtain a dangerous cyberweapon before it goes to the wrong hands. Filming for the eighth season (or “series,” as referred to by the British) was carried out in Croatia.

The crew largely filmed in the country’s capital, Zagreb. However, filming had also been carried out in the city of Knin. Moreover, one of the biggest action sequences of ‘Strike Back’ had been shot in the coastal town of Trogir which is located in the region of Istria in Croatia. The scene required the usage of 300 local extras and 200 professionals!

The seventh season/series of ‘Strike Back’ is subtitled ‘Revolution.’ Just to be clear: the numbering of the various seasons/series of ‘Strike Back’ can get confusing. The first installment of the show was only aired on television in the U.K. Hence, some non-U.K. viewers might refer to this season as the sixth, instead of the seventh. For clarity, we will be using the term ‘Strike Back: Revolution’ instead of the season numbers.

Moving on, ‘Strike Back: Revolution’ was filmed in Malaysia. To be more specific, a large part of the filming took place in the Johor region of the Asian country. The crew had set up its base at Iskandar Malaysia Studios on 1, Persiaran Layar Perak, 79250 Nusajaya, Johor. At the time of filming, the Pinewood Group had been the studio’s partner. The production facility sprawls approximately 30 acres.

Just under a year ago filming got started on Strike Back series 7 in Malaysia and this shot of our crew gives us an injection of Monday Motivation – we navigated Malaysian jungle with a smile and do so time and time again! #lovemalaysia pic.twitter.com/zOqnsiwHvT

While a significant chunk of the plot of ‘Strike Back: Revolution’ is set in Malaysia, the country also doubles up as various other places like India, Myanmar, Indonesia, Azerbaijan and Russia. Apart from Johor, ‘Strike Back: Revolution’ also filmed in Kuala Lumpur and Penang. Have a look at a behind-the-scenes video of a one-shot action scene being filmed in Malaysia:

#Repost @cinematography • • • • • 🎥 One-Take Shot with cameraman Adi Visser @trinitysouthafrica 🎬 With @danmacpherson @warrenbrown1 and @alinsumarwata 🔃 Here in Croatia, deep into filming for Strike Back 8. Here’s a little look at the kind of stuff we get up to at work. @warrenbrown1 & @alinsumarwata have already posted this behind the scenes video of a sequence from last year in Malaysia called The Gauntlet. The video shows a birds eye view of the final section of the sequence, all being captured by our fearless cameraman Adi. One shot sequences are a dynamic dance between actors & camera, but in true Strike Back style we throw in live weapons, flaming cars, angry bad guys and heaving explosions. In a scene like this I always try and enter and exit a frame with a dynamic energy, so after seeing @trinitysouthafrica camera move, I threw out the idea of throwing that AK mag towards the camera, and I can cross in and take it on the fly. Worked a treat. Alin and Warren worked the same for the AK, and the sequence really began to pop. In the original clip can see me waiting behind Adi to move into position behind the car – I didn’t want to be found there static but have the energy of just having landed ( I was a bit early!) – soon after that, the AK jammed, I tried to clear it in shot but after another click I knew now was not the time to waste time clearing it, and transitioned to pistol, like a real world situation. I had the pistol – pretty sure we were using @glockinc, modified to fire blank rounds – hot and ready and went through 2 mags full during the take, having previously used the AK up until the final explosion. You can see Warren clearing a pistol jam in the midst of the chaos, and all the while knowing we are meters away from an armed explosion ready to fire. so timing, communication and rehearsals are absolutely critical. 🎞 Big shout out to director Bill Eagles, Military advisor Paul Biddiss, Paul Shapcott & the Stunt dept, and our dear friends in Malaysia who made Season 7 so damn awesome. Enjoy! ———————————————— 👉 Follow and tag @cinematography to have a chance to be featured! ———————————————— #BehindTheScenes #BTS #setlife #cinematographer #

‘Strike Back: Retribution’ serves as the sixth season of the series if one includes the six-part installment that was released exclusively in the U.K. It was primarily filmed in Jordan and Hungary. In Jordan, filming had been carried out in Amman. Have a look at the following behind-the-scenes video to get an idea of the scale of production of ‘Strike Back.’

When it comes to Hungary, a large portion of the filming was carried out at the capital, Budapest.

‘Strike Back: Legacy’ serves as the fifth season of the series if the first, six-part installment that was solely aired in the United Kingdom is counted. The season was largely filmed in Thailand and Hungary.

Most of the filming for ‘Strike Back’ before ‘Strike Back: Legacy’ had been carried out in South Africa. The production team at the time felt that the country had the potential to double up as any place in the world. Filming had been carried out in Johannesburg, Cape Town, Durban and Springbok in Northern Cape. The first season of the show was largely filmed in the Gauteng Province of South Africa. The Kalahari Desert had also been used as a shooting spot.

Have arrived in Johannesburg, South Africa for the last 4 weeks of filming Strike Back 3. What an adventure ahead!

A few scenes of the series have also been shot in the United Kingdom. However, as you can tell, most filming activities are conducted overseas.