Stumptown E17: All the Details You Need to Know 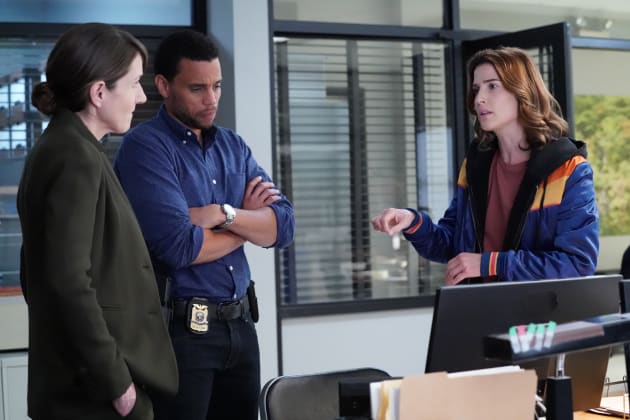 Secrets can kill and can take a toll on your mental health — especially when your memories are accompanied by guilt. And this week’s episode of Stumptown addresses this fact intricately and also guides viewers on how to overcome one’s past. Now, with the last episode having concluded, here’s another thing. The show is set to release its next episode but it seems it has again gone on a hiatus. Thankfully, this time, the waiting time is less. Read on to know everything about the airing time and streaming details of Stumptown episode 17.

Stumptown Episode 17 Release Date: When Will It Premiere?

Its official synopsis goes as follows: “Dex’s former client Jeremy introduces her to Major Elders who has intel on Benny’s death. Dex, suspicious of the information and looking for answers, investigates a potential cover-up involving Benny’s unit in Afghanistan. Elsewhere, Hoffman and his partner, Lee, work closely on a sting operation, which shockingly involves a familiar face. Meanwhile, Grey’s newfound relationship with his father is tested.”

Where to Watch Stumptown Episode 17 Online?

If you are one of those viewers who love to catch up on the latest episodes without any spoilers, the best bet to watch Stumptown episode 17 is to tune in to ABC at the above time slot, with a cable subscription. You can also watch the released episodes online by logging into ABC’s official website.

Let’s now also offer you some cable-free streaming options. Without cable, you can live-stream the episodes on your computer, phone, Roku, Fire TV, Apple TV or other streaming devices on subscription services such as YouTube TV and Directv.

Luckily for fans, previous episodes are additionally available on Hulu. What’s more? You can even buy or rent single episodes or the entire season on Amazon Prime Video.

The next day, Dex meets a new client named Aimee, who happens to be Jeremy’s cousin. Aimee is accused of a crime and both her kids, Sara and Olive, have been taken away from her. However, the case compels Dex to recall her past, where she had been forced to separate a mother from her kids once. So, in order to address her guilt, Dex decides to help Aimee, who turns out to be an alcoholic and is charged with attacking a man. But the latter claims that she is innocent.

Aimee is also on probation and during the night of the attack, she was bartending, which goes against the rules. Hence, she does not even have an alibi. Dex decides to visit the illegal gambling den, which happens to be Aimee’s workplace. She meets up with the winner from that particular night — Cameron Dorsey.

Cameron says she does not remember much as she was wasted but informs Dex that several people were posting videos online. Dex finds footage from the clips, which proves that Aimee was also at the bar — but unluckily, the cops don’t accept the evidence since it was thirteen minutes before the accused crime took place.

Later, Dex is helped by Hoffman, who tracks down the victim and discovers DNA from the actual prostitute responsible for assaulting the man. Dex then approaches the perpetrator and requests her to do the right thing. Well, the latter accepts and she turns herself in.