When Will Stumptown Come Back on ABC? 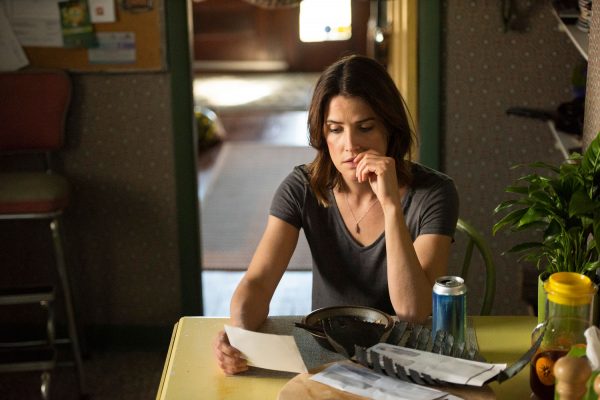 ‘Stumptown’, ABC’s ambitious crime drama, created a considerable buzz after its announcement. Some of the reasons were the hype created by ABC before the series even started airing. Clips, ads, and posters were seen making rounds prior to the show’s premiere on the cable network. Moreover, it also features ‘How I Met Your Mother’s, Cobie Smulders, in the lead role.

So obviously, the expectations from season 1 were high. And luckily, ‘Stumptown’s inaugural installment managed to stay up to its claims. So does this mean we will get a ‘Stumptown’ season 2? Let’s find out.

Stumptown Season 2 Release Date: When Will it Premiere?

Season 1 was initially planned for 13 episodes. But noting its success, ABC gave the series a back-order of five additional episodes, bringing the total count to 18. Well, this was definitely a good indicator of the show’s future. Additionally, ‘Stumptown’ received the 10th rank among the highest-rated scripted shows on ABC in 2019. However, the series managed to garner only around 3.4 million viewers per week, and a rating of 0.59 in the 18-49 viewer demographic. So, yes, if you consider the numbers, there was a mixed probability of the drama getting renewed for another season.

On the other hand, ABC Entertainment president Karey Burke seemed pretty positive about the performance of Stumptown. She said: “This fall, Stumptown has delivered a rich, inventive, and fun thrill ride each week with a stellar cast that features one of the most fearless female characters at the center.”

Now, putting an end to all skepticism, ABC has confirmed that the drama has been renewed for its next outing. Considering there are no delays in filming due to the ongoing COVID-19 pandemic, we can expect ‘Stumptown’ season 2 to most likely release sometime in September 2020.

Stumptown Season 2 Cast: Who Can be in it?

Cobie Smulders leads the cast as Dex Parios, an ex-Marine who now works as a PI to clear her debts.  She is joined by Jake Johnson as Grey McConnell (Dex’s closest friend), Tantoo Cardinal as Sue Lynn Blackbird (Dex’s deceased boyfriend’s mum), Cole Sibus as Ansel Parios (Dex’s brother who suffers from Down syndrome), Adrian Martinez as Tookie (Dex’s informant), Camryn Manheim as Lieutenant Cosgrove, and Michael Ealy as Detective Miles Hoffman. In the second season, we expect all of the above lead actors to make their respective comebacks.

Stumptown Season 2 Plot: What Can it be About?

Adapted from the graphic comic series with the same name, Stumptown follows the sharp Marine veteran Dex Parios as she attempts to live her life in Portland, Oregon. She suffers from PTSD, has a brother with Down’s Syndrome, and is struggling with unpaid debts. As a result, she is forced to take up a job as a private investigator. In her cases, Dex is usually assisted by Detective Miles Hoffman and Grey McConnell.

In season 1, Dex tackles the case of a missing girl, tracks down an escaped prisoner facing the death sentence, traces a dangerous stalker, and helps a struggling writer, among others. In season 2, we expect Dex to solve a bunch of similarly gripping crime cases.