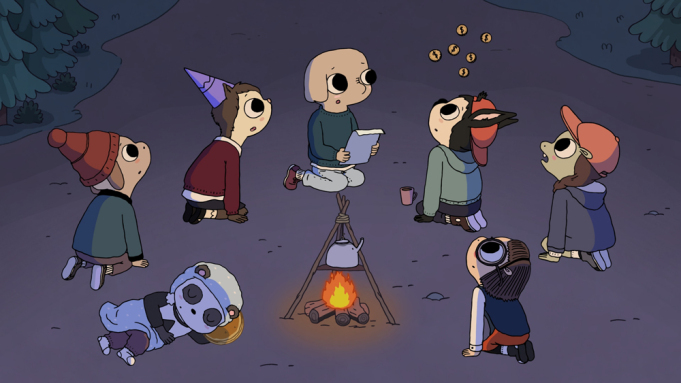 ‘Summer Camp Island’ is a wacky, whimsical animated series, created by Julia Pott, that originally premiered on Cartoon Network in 2018. It follows the multiple adventures of Oscar and Hedgehog in the titular island, which is a magical place, inhabited by several mythical creatures. As the duo explores this mysterious abode, they also discover new secrets about themselves. After a 40-episode first-season run, the show was renewed for its second edition. Here’s when ‘Summer Camp Island’ season 2 will make its much-awaited premiere.

Summer Camp Island Season 2 Plot: What Can it be About?

‘Summer Camp Island’ is based on the critically acclaimed short, which was screened at Sundance Film Festival, Tribeca Film Festival, and SXSW. The story revolves around two BFFs, Oscar and Hedgehog, who go for summer camping and discover that the island which houses the camp is magical. Rather than making potholders, they are surprised to learn that they need to be making friends with monsters and yetis. Even the counselors are witches and the cabins had been built by aliens. Horses transform into unicorns, monsters literally live under the bed, and a talking shark occupies the swimming pool. And the moon talks! As Oscar and Hedgehog pass their summer vacation, they have close encounters with many of these mystical creatures. In this journey, they also discover their own knack for magic.

Season 2, just like its predecessor, will continue to follow the magical adventures of Oscar and Hedgehog. Susie, the head witch, maintains her classic grumpy demeanor in the next season as well while the campers engage in knitting sessions with monsters, study magic, and enter a story inside a book. As the official press release states, even this time, magic is everywhere in Summer Camp Island!

You can watch the official trailer for the second season below: