What Was Sun Myung Moon’s Net Worth? 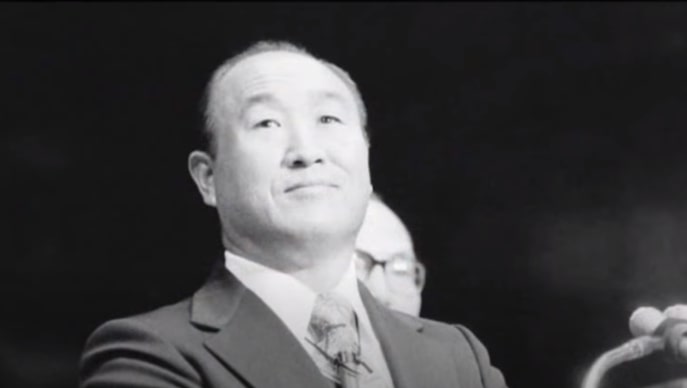 Sun Myung Moon will perhaps best be remembered for the wonderful spectacle of mass weddings, and ‘Moonies’ (his followers) selling candles and roses. Born as Moon Yong Myung, in January 1920, he belonged to a farming family in what is currently North Korea. When Moon was 10, his family abandoned Confucianism and switched to Christianity. As a practicing Presbyterian, Moon had a revelation on Easter Sunday in 1935, when he claims that Jesus appeared and tasked Moon with establishing God’s kingdom on earth.

Moon was taken in by the lifestyle and studied theology and also electrical engineering. He built his first church in 1950 and established the Holy Spirit Association for the Unification of World Christianity, or Unification Church, in 1954. Moon later proclaimed himself as the messiah, in 1992. Soon, he developed his theology and moved to the U.S., establishing a business empire and becoming a renowned face all over the world. Sun Myung Moon passed away in 2012 after a long and prosperous life. Curious to know how much he amassed during his time on earth? We’ve got you covered.

How Did Sun Myung Moon Make His Money?

Moon established a church that developed a worldwide following. His mass weddings also became an immense success, with a special occasion taking place at the Madison Square Garden in 1982. Two thousand seventy-five couples were united on that day – so it would not be a stretch to say that Moon was quite a personality by the time he moved to the U.S. One wouldn’t expect anything lesser from the self-proclaimed ‘Messiah.’

However, if one looks closely at Moon’s life, he was more than a mere personality. He was also an entrepreneur. Moon established News World Communications, an international news company that has founded The Washington Times. He also owned newspapers in South Korea, Japan, and South America. Apart from the conservative option to The Washington Post, Moon also owned whatever remained of United Press International (UPI).

His vast empire included a ballet school, U.S. gun maker Kahr Arms, Atlantic Video, a Washington based independent broadcasting giant, a controlling hold in the University of Bridgeport, Connecticut. Apart from that, Moon also had seafood interests, that is, True World Foods based out of Chicago. As an international businessman, Moon also founded the Tongil Group, a South Korean conglomerate, responsible for a pharmaceutical company, a soccer team, a marble and granite supplier, an automaker, a luxury resort, and a travel agency.

Moon managed to set up a vast business enterprise that brought in a lot of earnings over the years. As a result, his net worth at the time of his demise was estimated to close to a billion. Sources suggest that Sun Myung Moon’s net worth was estimated to be close to $900 million at the time of his death in 2012. Of course, his income not just stemmed from his business ventures, but his religious forays too. For people at a particular position, the money flow system becomes efficient enough that they can take some days to marvel at the riches they have amassed for themselves. Moon was one such person. [Cover Image Courtesy: Associated Press/YouTube]