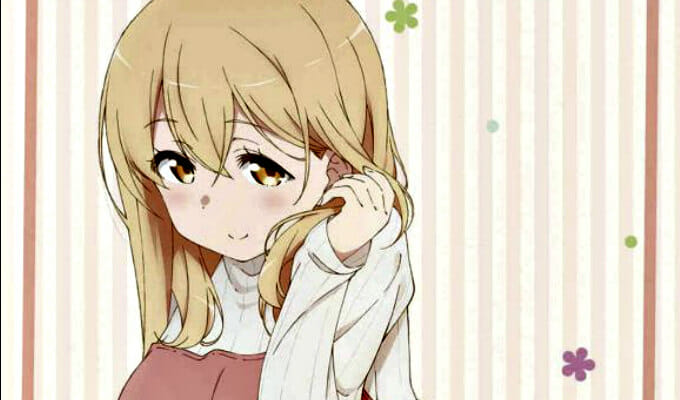 Miss Caretaker of Sunohara-sou (also known as Sunohara-sou no Kanrinin-san in Japanese) is a romantic comedy anime television series which is based on a manga series of the same name. Written and illustrated by Nekoume, the four-panel manga series was first published on May 22, 2014 and new chapters are being published even to this day. A couple of years after the initial publication of the series, and audio drama adaptation was released on July 22, 2016, and a couple of years after that, Japanese anime studio Silver Link announced plans to adapt the manga series into an anime television series. Subsequently, Season 1 of Miss Caretaker of Sunohara-sou premiered on July 5, 2018, and it was largely deemed to be a success by fans of the manga series and new viewers alike. Since then, fans have been waiting to hear news on a second season of Miss Caretaker of Sunohara-sou, and here’s everything we know about Season 2 thus far.

Miss Caretaker of Sunohara-sou Season 2 Release Date: When will it premiere?

Miss Caretaker of Sunohara-sou season 1 premiered on July 5, 2018 and ran for 12 episodes till September 20 of the same year. However, in spite of the show’s popularity, a second season has not been announced yet.

That being said, there’s no reason to get worried just yet. Anime shows sometimes take years to renew, and hence, there’s plenty of time left for Silver Link to announce a second season. Further, since new chapters of the manga series are still being published, there is evidently no dearth of source material for a second season. Considering this fact, we think that there’s a pretty decent chance of Miss Caretaker of Sunohara-sou being renewed for a second season. Our best guess is that Miss Caretaker of Sunohara-sou season 2 release date could fall sometime in 2020 or 2021. However, nothing can be said for certain till Silver Link makes an official announcement on the future of the show. We’re keeping our ears open for news on Season 2 of Miss Caretaker of Sunohara-sou and we’ll update this section as soon as we hear something reliable.

You can watch the English dubbed version of ‘Miss Caretaker of Sunohara-sou’ on Funimation.

Miss Caretaker of Sunohara-sou is based in Tokyo and follows the daily (and often eventful) life of a student named Aki Shiina.

Aki is shown to be a shy and introverted boy who often gets mistaken to be a girl because of his feminine looks. Tired of being made fun of, Aki moves to Tokyo to seek admission to the Tanamachi school and hopes to reclaim his identity as a man. When he moves to Tokyo, he starts living at a lodging house called Sunohara-sou, but is unable to escape his woes.

The other three residents of the lodging house are three girls from the Tanamachi student council – Yuzu Yukimoto, Sumire Yamanashi, and Yuri Kazami – and they make life for Aki even tougher. The girls frequently make fun of Aki’s feminine looks and they make him wear women’s clothes for their amusement. While this is of course embarrassing for Aki, things get even complicated for the youngster when he develops a crush on the caretaker of Sunohara-sou – the motherly Ayaka Sunohara.

Aki Shiina: The main protagonist of the show, Aki is a young boy with feminine looks who often gets mistaken to be a girl. Tired of being bullied and made fun of, Aki moves to Tokyo to try and reassert his male identity in a new school, but things end up getting pretty complicated for him. In Tokyo, he ends up taking becoming a resident of a lodging house called Sunohara-sou and finds himself sharing the lodging house with three girls from his school student council. Like his life outside Tokyo, most people in Tokyo also mistake him to be a girl, including the three girls who live with him. However, when the girls find out that he is actually a boy, they take tremendous pleasure at making fun of his feminine looks, and go as far as making him dress up in women’s clothes. Thus, Aki’s life, far from taking a turn for the better, ends up becoming the same, if not worse. Not only does he have to contend with teasing and bullying by others in school, he also has to try and establish his male identity, especially when he develops a crush on the beautiful proprietor of Sunohara-sou – the affectionate and motherly Ayaka Sunohara.

Ayaka Sunohara: A tall and fair skinned beauty, Ayaka is the caretaker and owner of the lodging house where Aki lives. While Ayaka is affectionate, caring, and motherly in her behaviour towards the residents of Sunohara-sou, Aki ends up developing a crush on her owing to her caring personality and her voluptuous figure. However, to Aki’s dismay, Ayaka mostly treats him as a child and sees his repeated attempts to assert his manliness as cute. Ayaka also frequently teases Aki for his attempts to come off as manly.

Nana Sunohara: Another important character in the show, Nana is Ayaka’s sister and like her, is a tall and voluptuous woman with tanned skin. However, in her personality, she is different from Ayaka and adopts a more upbeat and playful approach to life as opposed to Ayaka’s motherly demeanour.

Yuzu Yukimoto: The president of the student council at Aki’s new school, Yuzu is a confident and assertive young woman who is also rather self-conscious about her short height. She is one of the residents of Sunohara-sou and often teases Aki about his feminine appearance.