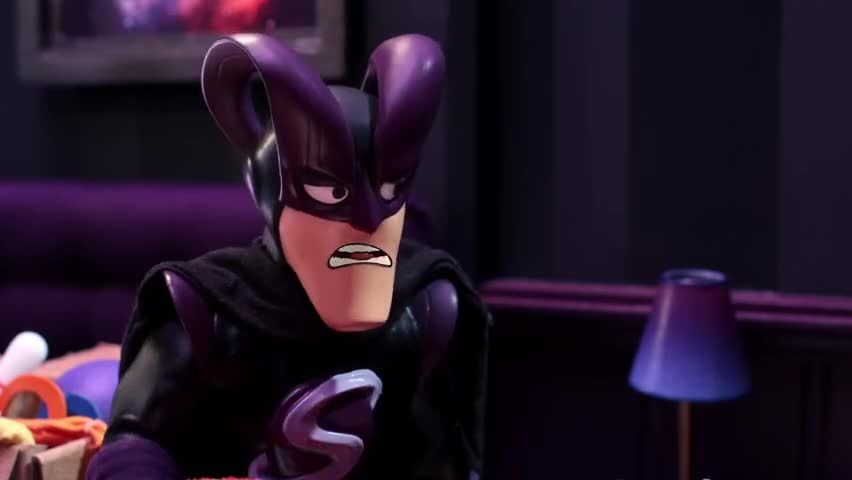 ‘SuperMansion’ is an American stop motion and animated comedy television series that has been created by  Matthew Senreich and Zeb Wells of ‘Robot Chicken‘ fame. What do you get when you combine a group of wonderful actors voicing superheroes who are past their prime? A sitcom with strong language and amazing visuals.

For those unaware, ‘SuperMansion’ started off as ‘Ubermansion’ on Adult Swim, which is where most mature cartoons usually are, before it changed its name and headed to a new home. Now ‘SuperMansion’ airs on Sony Crackle and first premiered on October 8, 2015.

The plot revolves around a superhero group called The League of Freedom led by the aging Titanium Rex. Titanium Rex and his team struggle to keep the legacy of the team alive by fighting against Supervillains. They further go to the extent of opposing Titanium Rex’s daughter, Lex Lighting, to save the reputation of the team fighting against injustice. The series remains funny due to the inefficiency of the heroes, and the bad guys they go up against.

SuperMansion Cast: Who is in it?

‘SuperMansion’ is an animated series, and the following stars have given their voices to the characters in the show- Bryan Cranston, famous for ‘Breaking Bad‘, lends his voice to Titanium Rex, the silver-haired and foul-mouthed leader of the gang, Keegan-Michael Key, of ‘Key & Peele’ fame, voices American Ranger, who is a champion from the ’50s-era, out of cryofreeze (like Captain America), and happens to hold offensive and antiquated opinions regarding the modern world, and Heidi Gardner voices Cooch, who is literally a catwoman and has a sassy attitude to boot. Tucker Gilmore lends a voice to the character Black Saturn, an egoistical team member, while Tom Root voices Brad, who is the muscle of the group. Brad has a penchant for steroids and erotic massages.

In the upcoming season, we can definitely expect our team of superheroes to return, and it remains to be seen if the same villains join, or whether someone new comes aboard as the face of evil.

SuperMansion Plot: What is it about?

Hopefully, in the upcoming season, ‘SuperMansion’ will continue with its aggressive brand of humor that sets the show apart, despite it being a superhero series.

SuperMansion Season 4 Release Date: When will it premiere?

‘SuperMansion’ Season 3 premiered on May 7, 2018. The series has been praised by critics and fans also happen to love it, due to the way it packs humor. While there has been no confirmation about next season of the show, there is a high chance that it will be renewed, and ‘SuperMansion’ Season 4 might release sometime later in 2019 or early 2020. We will keep you updated about the official release date.

The show portrays the heroes as entirely human, but don’t let that deceive you. With so many personality traits on the team, following their exploits is like keeping up with the Kardashians, but with capes involved. As a result, the team’s cooperative skills are not exactly top-notch either. However, you have got to love the Joker-like villain introduced in the show. Groaner is an evil prop comic by day and a member of the Injustice Club by night and is intriguing due to his characteristics.

As far as the humor in the show is concerned, they go for shock and awe, thus becoming a series that is more heard than seen. The Hollywood Reporter has best reviewed the show, saying, “That pull-your-punches attitude is prevalent throughout ‘SuperMansion’. The show takes viewers right up to the cliff’s edge of outrage before gently reneging. It’s all bad taste in good fun, and the tonal whiplash that results tends to neutralize the humor.”

You can check out the trailer for ‘SuperMansion’ Season 3 below. If you have not seen the series and want to watch something quirky in the superhero genre, then this is the show for you.