When Will ‘Supercar Superbuild’ Return to Smithsonian Channel? 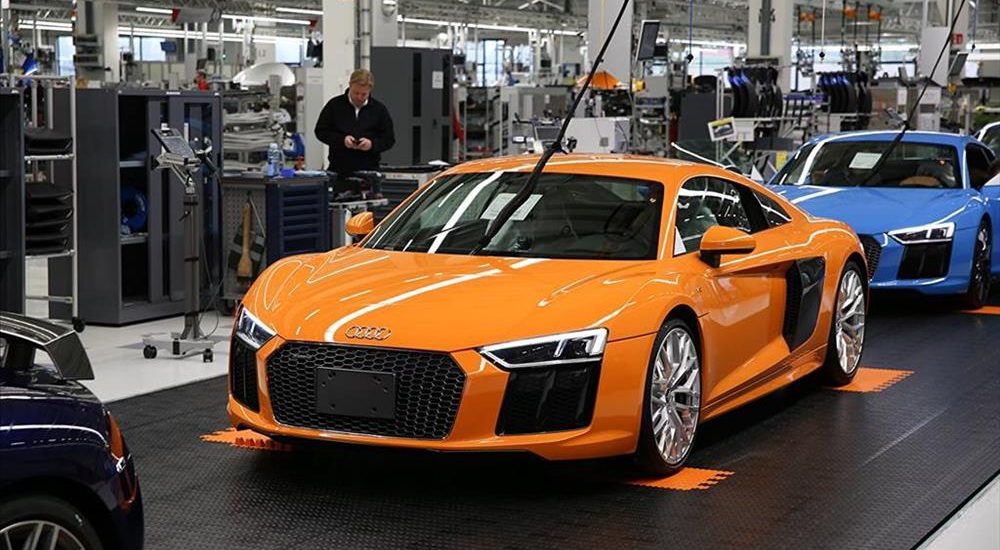 The Smithsonian Channel is known for a plethora of popular reality shows. One such show, known as ‘Supercar Superbuild’ started airing from October 8, 2014, and ran until December 25, 2014, in its first season. The series is executive produced by Joy Galane, Dylan Weiss, and David Royle. The production duties are handled by Cry Havoc Productions.

The ‘Supercar Superbuild’ series features the amazing mechanical prowess, inherent beauty and the basic building process and construction of the world’s leading luxury automakers, such as Aston Martin, Bentley, Lamborghini, and Maserati.

‘Supercar Superbuild’ shows the entire process as these automakers hope to produce what they want out of their next iconic car. These automobiles stand at the edge of childhood imagination and adult obsession.

After the first season received widespread acclaim, it was renewed for a second season which premiered in November 2016. Now the question is, will there be a ‘Supercar Superbuild Season’ 3? We will delve into that but first, let’s quickly look into the details of the series.

Supercar Superbuild Cast: Who is in it?

The show has been shot in the style of a documentary where real-life people are seen talking about the world’s most powerful locomotives. Due to this reason, there is no regular cast in the series.

What is Supercar Superbuild About?

The show’s structure is quite simple and follows a clear episodic narrative as the viewers are introduced to one particular superpowered vehicle in each episode. The cars that are shown in detail are Aston Martin V-12 Vantage S, Bentley Continental GT, Dodge Viper, Maserati Ghibli and Porsche 918 to name a few. In the Dodge Viper episode, the viewers get to know about the super-advanced beast. From its beauty to mechanical efficiency everything is discussed in detail. All the episodes play out for a duration of one hour. All the details of each and every car are discussed.

Details such as what metal has been used to build the body of the car, what is the efficiency of its engine, how much fuel does it consume, and the overall performance rating are discussed. Most of the cars featured in the show would be a dream of any car hobbyist in the world. In most of the episodes, the cars are live tested by experts to give the audience a glimpse of their advanced and smooth performance. The technological prowess of these beasts is also showcased. Along with these, viewers are also taken to the factories of the world’s largest car manufacturers where these mechanical wonders are created.

The different innovations of the manufacturers are also shared with the viewers, like when Porsche decides to go green on their super-efficient gas-powered cars, in order to conserve fossil fuels and protect the environment. Lamborghini was always known for its Gallardo but after honing their engineering skills for years they finally have delivered the Huracan. The experts in the series try to find out whether this new model is a beast as the company claims, or is it just a modified version of the Gallardo.

When all these first-class manufacturers are trying out their hand in the market, Ford isn’t lagging behind. Their coveted achievement, the Mustang is known for being the car of choice for most Americans. But now they are ready to deliver the new generation Mustang, which they claim has been under R&D for about ten years.

Viewers experience the tumultuous production process of the Mustang which must be finished before the 50th anniversary of the original Mustang. It comes as a challenge to Ford as it thrives to keep its already loyal fan base intact, but also make a new generation of automobile lovers adore it.

It also features many top builds as well as classic cars like Mercedes AMG GT, Alfa Romeo, Rolls Royce and Jaguar F-Type to name a few. Some of the coolest, as well as performance-driven automobiles like the Camaro, Porsche 911 and Audi R8, also make an appearance, and their journey since time immemorial is shown to the viewers. In the Porsche 911 segment of the show, we see how it changed the automobile industry forever when it first made an appearance at the Frankfurt Auto Show in 1963.

Supercar Superbuild Season 3 Release Date: When will it premiere?

‘Supercar Superbuild’ Season 2 premiered on November 15, 2016, running till November 29, 2016, and was well-received by viewers and critics alike, much like its first season. It was praised for shining a light on the automobile industry in a lucid manner.

However, since the second season finished airing, there has been no update from the creators of the show. We can expect ‘Supercar Superbuild’ Season 3 to release sometime in 2020. We will update you as we receive news on a tentative release date, so do keep a tab on us.

While you wait for updates, here’s a sneak peek of ‘Supercar Superbuild’ that will give you an idea of the show. Head to Prime Video to watch the series in its entirety.