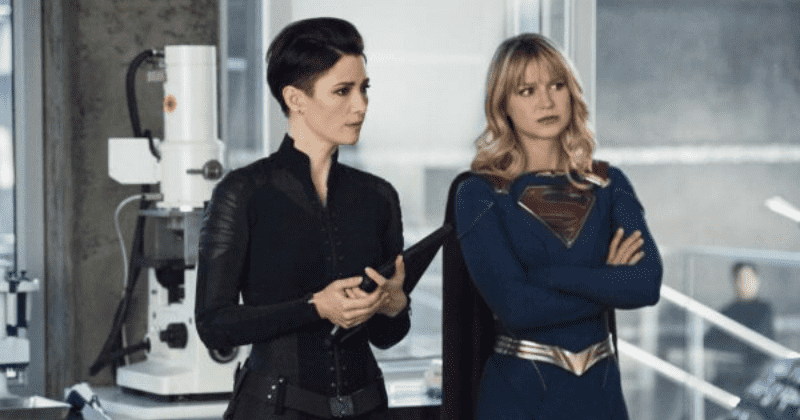 In case you do not know, Supergirl is Superman’s cousin, and is believed to be stronger than the Man of Steel, according to the DC comics. The show, ‘Supergirl’ explores her time on earth as she battles villains, trying to be a hero while figuring out life on this alien planet.

Kara Zor-El is one of the last surviving Kryptonians. The plan was to send Kara to Earth to look after Kal-El when he was a baby. However, her ship got stuck in the Phantom Zone, and by the time she reached Earth, Kal had already grown up and embraced his powers as Superman. The show follows Kara as she tries to embrace her strengths and become Supergirl.

Currently, the show is on Season 5. Naturally, you might be wondering about what goes down in the most recent episode of ‘Supergirl’. We are here to walk you through that, right after telling you when and where to watch the upcoming episode.

Titled “Back from the Future – Part One”, the episode shows Winn Schott returning from the future, while Supergirl is hot on the trail of a Toyman copycat.

‘Supergirl’ is on The CW, so the simplest way to watch is with a cable connection. If you don’t have one, you can head to The CW site or app, and stream the show. Cord-cutters have the option of resorting to DirecTV, Fubo TV, or YouTube Tv, to stream the episodes. Some platforms even have free trial periods before charging for the services.

Amazon Prime users have the option of buying and streaming the episodes.

You can check out the promo of the upcoming episode below. Supergirl seems to have her hand full as the Toyman, or someone like him unleashes havoc. We can even see Kara using herself as a shield against bombs, promising an action-packed episode.

Episode 10 starts from where the ‘Crisis on Infinite Earths’ episode leaves off. The entire world seems to have their memories restored, and Lex is a good guy in the new world that has been created. However, Supergirl knows the truth and is not about to let it slide. However, she also realizes that telling everyone the truth might be too much for people to deal with.

Kara tries to warn Lena about Lex’s new form. However, it turns out that her memories have been restored too, and Lena is willing to team up with Lex. However, she exercises her own precautions. Lex is made to go through a lie detector test. In the process, he ends up admitting that he is lonely. He also admits that he will not commit homicides unless necessary, which seems like character improvement, considering it is Lex we are talking about.

Currently, the plan is to stop Leviathan. Lex also gets Kara on his side for now, since both parties are unwilling to start a new war. However, the Kryptonian is not taken in by Lex’s sudden reformation. There is trouble brewing with Brainy-Prime. With the multiverse gone, the other Brainiacs cannot go home. However, the situation is temporarily contained with Brainiac-Prime using the full extent of powers to subdue unruly Brainiacs.

Ultimately, we see that Lex and Brainy have teamed up, as the latter offers to help with the Leviathan problem. This is when Lex reveals that he needs knowledge from the future, and makes plans to bring the real Winn back. The upcoming episode will pick up from the time Winn returns to the present.