Will There be a Superhuman Season 2 or is it Cancelled? 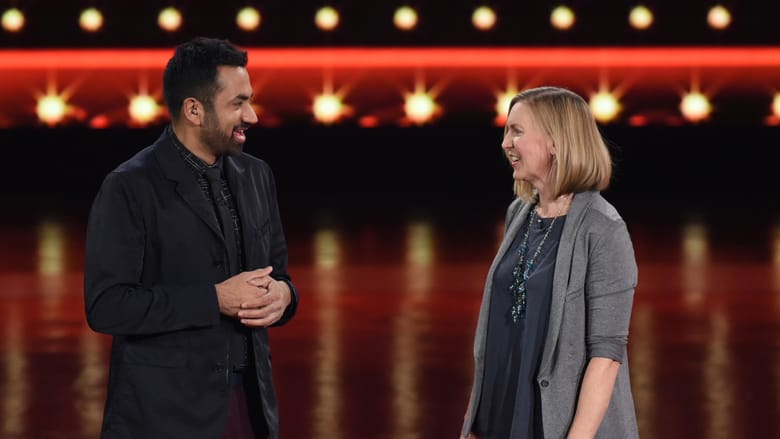 ‘Superhuman’, contrary to what its name suggests, is an American competition reality television series that airs on Fox. While many would associate the term “superhuman” with superheroes, the show is actually about ordinary people with extraordinary abilities. Originally conceived of as a two-hour special, ‘Superhuman’, after it was first aired in 2016, blew people’s minds, prompting Fox to extend the show into a full-blown reality television series. Till date, only one season of Superhuman has been aired and here’s everything you need to know about the prospects of ‘Superhuman’ Season 2.

Who’s the Host of Superhuman?

Due to the fact that ‘Superhuman’ is a reality television series, it does not have a fixed list of cast members. Instead, the show, like many reality shows, has a host, a set of panelists, and a set of participants.

If ‘Superhuman’ does return for a second season, we can expect Kal Penn to take up hosting duties again. As for guest panelists, we cannot be sure who will feature, but we can be fairly certain that the list of panelists will include some high profile names. We’re keeping our ears open for news on the cast of Season 2 and we’ll update this section as soon as we hear something reliable.

What is Superhuman About?

When ‘Superhuman’ was first aired, it was a two-hour long special that tested the abilities of 12 seemingly normal people in areas such as memory, sight, hearing, taste, smell, and touch. Each of the contestants chosen possessed a unique, almost superhuman ability in the aforementioned spheres and the contestants demonstrated their abilities to the host, panelists, and the audience. Following their demonstrations, the panelists and host decided on the winner, who was awarded an impressive cash prize of $100,000.

The aforementioned special episode was aired on Fox on January 4, 2016 and it blew the minds of all those who watched. Subsequently, Fox decided that it was a good idea to develop the concept into a full-blown reality television series, and that’s how ‘Superhuman’ the show came into being. The format of the show is almost identical to that of the two-hour special. The only differences are that the show has five contestants instead of 12 and that the cash prize is $50,000 as opposed to $100,000.

As far as ratings go, ‘Superhuman’ has performed decently, considering the fact that it is a reality television series. On IMDb, the show enjoys an acceptable rating of 6.5/10 and Common Sense Media has given it a good rating of 4 out of 5 stars.

Superhuman Season 2 Release Date: When is it coming out?

Following the success of the two-hour special, Fox greenlit ‘Superhuman’ for a full season and Season 1, consisting of eight episodes, premiered on June 12, 2017 and ran till July 31 of the same year. Although more than a couple of years have passed since then, ‘Superhuman’ has not been renewed for a second season and it remains to be seen what becomes of the show.

The fact that a renewal has not been announced yet is honestly worrying if you’re a fan of the show. Reality shows in the West are typically renewed shortly after a season ends, and hence, the signs are indeed bad. That being said, a non-renewal is perhaps not surprising. When Fox decided to greenlight ‘Superhuman’ for a full season, it had expected the show to perform well.

Unfortunately for Fox, Season 1 of ‘Superhuman’ was below par insofar as viewership and ratings were concerned – Season 1 had an unimpressive average viewership of 2.07 million viewers and it averaged a mediocre rating of 0.56 among the 18-49 years demographic category. Since viewership and ratings are the two things which determine the lifespan of a television series, it is not surprising that a renewal announcement has not been made yet. Further, considering that more than two years have passed since Season 1 made its debut, it is unlikely that Fox will renew the show again. For, for all practical purposes, Superhuman Season 2 stands cancelled.

Since ‘Superhuman’ has not yet been renewed for a second season, there’s no new trailer to look forward to. However, if you have not watched the show yet, here is the trailer for Season 1 to give you a glimpse into the show and what seemingly ordinary human beings can be capable of.