Where Is Supermarket Sweep Filmed? 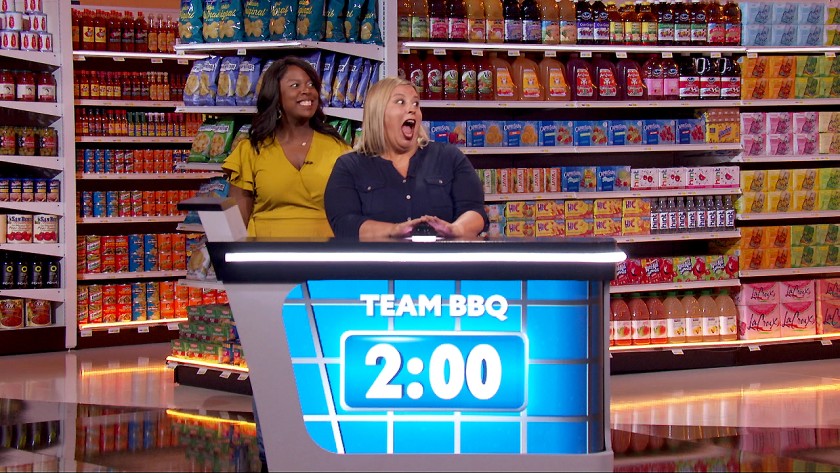 The revival of the classic game show, ‘Supermarket Sweep,’ was announced by ABC in January 2020. Production was planned for March of the same year, with a release scheduled for Summer 2020. But who knew that their plans would come to a sudden halt! Well, as soon as the COVID-19 pandemic hit in full force, ABC, like most other primetime networks, was forced to put its filming on hold. So, how did the crisis affect the reboot’s final premiere? Apart from it getting postponed (the show finally premiered in October 2020), of course! And where and how did the filming take place? Let’s get to the details.

For the 2020 edition, the set for ‘Supermarket Sweep’ was located inside the Barker Hangar – an aircraft hanger, spanning 35,000 square feet, at Santa Monica Municipal Airport, California. Filming commenced in July 2020, with the coronavirus crisis still strong. Therefore, the premises and the grocery items were disinfected with electrostatic sprayers.

We’re all set up for the #SupermarketSweep premiere on October 18 at 8|7c on ABC!

The crew adopted these measures after conducting several sessions of virtual meetings, which allowed them to brainstorm during the show’s production hiatus. Production company Fremantle took tips from other international titles on navigating the pandemic to continue with the filming schedules.

Dan Funk, Fremantle’s Executive Vice President of Unscripted Production, said: “It was a lot of planning and constantly updating. As more and more information came out, we would adjust things so that by the time we started production, we knew what the outline of the protocols would be about how to move forward and keep everyone safe.”

Even host Leslie Jones was not able to rehearse on set. She had to polish her hosting skills through Zoom run-throughs every week – from March 2020 to July 2020 – until she was able to travel to LA. Once filming commenced, it was wrapped up in two weeks. The set was well-equipped with regular testing, hand-sanitizing stations, protective equipment, and limited contact — as per the guidelines issued by Hollywood’s unions, the state, and local bodies. The employed crew was minimal, and the members were segmented into their respective modules – to minimize contact as much as possible.

Moreover, there is no live audience in the current version of the show. The producers paid tribute to grocery store employees, who are playing a vital role in the pandemic. The production team stated that none of the unused inventory was wasted. 95 pallets of perishable and nonperishable food, each amounting to around 4,600 pounds, were donated to local charitable organizations such as the Los Angeles Regional Food Bank and the Los Angeles Mission. Most of the meat was distributed among local wildlife organizations, including the Rancho Wildlife Foundation, and pet-welfare organizations like the Rescue Train.