What to Expect From Supernanny Season 8 Episode 16? 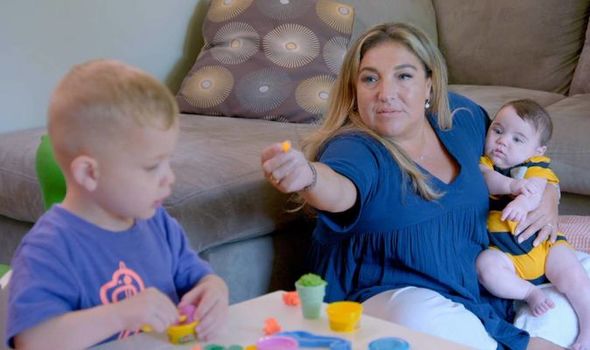 Following a long hiatus of more than five months, ‘Supernanny’ season 8 made a much-anticipated comeback on September 1, 2020, on Lifetime. To add to our excitement, the show has introduced a pleasant change in its schedule. We get two back-to-back episodes every Tuesday night rather than the earlier weekly single-episodic run! Yes, there is a double dose of overwhelmed families, problematic kids, and the angel in disguise, Jo Frost!

For instance, this week, we meet the Bailey and the Bean families. Christina and Katie Bailey are parents to a pair of toddler girls who get into huge fights whenever they are asked to share their things. The issues escalate when one of the kids picks Katie as her favorite mum. As a result, Christina is left feeling isolated and resentful. On the other hand, the Beans have been trying hard to balance their complicated work schedules with four kids and their own, personal space. David works night shifts and at times, is forced to stay without sleep for 24 hours at a stretch. This leaves him with no time to spend a few moments with his wife Nina.

Well, as usual, Supernanny Jo Frost comes to the rescue. While she lays out a detailed plan for the Beans to help them follow an optimized schedule, her clever tips guide the Baileys in grooming their girls to stop with the tantrums. Yes, two happy endings. And now, we can’t want to see what the next week has in store for us! Let us get straight to the details!

When Will Supernanny Season 8 Episode 16 And 17 Release?

‘Supernanny’ Season 8 Episode 16 is slated to release on September 15, 2020, at 8 pm EST and 7 pm CST. This will be followed by episode 17 that drops on the same date at 9 pm EST. The eighth outing will comprise 20 episodes.

Where to Stream Supernanny Season 8 Episode 16 And 17 Online?

You can watch the latest episodes of ‘Supernanny’ if you have a cable connection, by tuning in to Lifetime at the above time slot. You can also watch the released episodes online by logging into Lifetime’s official website. If you don’t have cable, there are several other options where you can stream the already-released episodes — such as Philo TV, UPtv, and Direct TV. You can additionally catch seasons 1 and 2 on Amazon Prime Video.

Episode 16 introduces us to the Zampogna family, which comprises full-time working parents, Angela and Dom Zampogna. They are struggling a great deal with their meal times. The couple has three kids, with the pickiest palettes. Their children are drawn only to unhealthy foods. And if Dom or Angela tells them to act up, the kids are prone to throwing temper tantrums. Moreover, the youngest son Giuseppe is four years old but still behaves like a toddler. Episode 17 follows the Robertsons. The family matriarch is overwhelmed, having to manage all of the kids on her own. To add to her problems, her husband does not help since he is busy playing video games.