What Was Sushant Singh Rajput’s Net Worth? 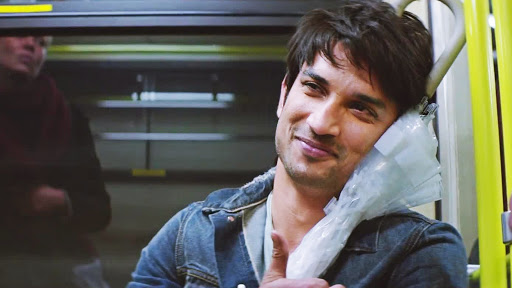 Sushant Singh Rajput was one of the most brilliant actors in the Indian film industry. But, not only was he an amazing actor, performer, and philanthropist, but he was incredibly smart as well, succeeding in everything he put his mind to. Sushant was a National Olympiad Winner in Physics and had cleared as many as 11 engineering entrance exams, including that for the Indian School of Mines.

However, once he caught the theater and dancing bug, his grades went down, and he left the academic field to pursue a career in the entertainment world. If you’re wondering about his career trajectory and his net worth at the time of his death, you’ve come to the right place.

How Did Sushant Singh Rajput Earn His Money?

While Sushant was a student at the Delhi Technological University, he started taking dance classes in Shiamak Davar’s renowned institute, and from there he was influenced by his fellow students and enrolled in acting classes as well. Within just a few months, he proved his skills as a dancer and was selected to be a member of Shaimak Davar’s standard dance troupe. Therefore, he became a background dancer for the 51st Filmfare Awards and performed in the cultural program during the opening ceremony of the 2006 Commonwealth Games in Australia.

To get a break as an actor, he moved to Mumbai, the central hub for all things Bollywood in India, and joined Nadira Babbar’s Ekjute theatre group. In 2008, a couple of years after he left his engineering studies behind, he got his big break and was cast to be in ‘Kis Desh Mein Hai Meraa Dil,’ a drama television series. This, combined with his work in advertisements made him a famous face.

A year later Sushant landed the lead role in another TV drama, ‘Pavitra Rishta,’ from which earned massive appreciation from the public and the critics alike. He even won three major television awards for Best Male Actor and Most Popular Actor for his role. He appeared on a few realities series’ after this, and from there, his career saw only an upwards curve.

Sushant Singh Rajput made his film debut with ‘Kai Po Che!’ in 2013. Following the massive success of this movie, he became one of the most sought after new faces in the Hindi Film Industry. His skill and diversity helped him get roles in movies like ‘Shudh Desi Romance,’ ‘PK,’ ‘Detective Byomkesh Bakshy!,’ ‘Raabta,’ ‘Kedarnath,’ ‘Sonchiriya,’ and the biographical sports film ‘M.S. Dhoni: The Untold Story.’

His last movie appearances were in ‘Chhichhore,’ where he was one of the lead actors alongside Shraddha Kapoor, in ‘Drive,’ a movie that was released on Netflix, and in the Bollywood remake of ‘The Fault in Our Stars‘ titled ‘Dil Bechara,’ which was released posthumously on Disney+ Hotstar. Sushant was also supposed to star in the film ‘Takadum’ and the biopic series on Stories of India, however, his passing means that these projects would either have to recast or be canceled.

At the age of 34, Sushant Singh Rajput had earned himself not just money and fame, but also massive amounts of respect. He promoted the Women Entrepreneurship Platform (WEP) and was actively involved in various programs like Sushant4Education, which helped young students, especially females, see a better future for themselves. With his income of Rupees 5-6 crores per film, it is no surprise that he had managed to accumulate a net worth of around $8 million, at the time of his death in 2020.