What Is Sutton Stracke’s Net Worth? 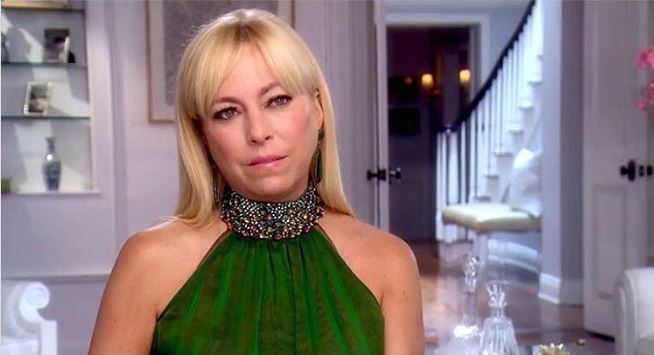 Sutton Stracke – born and raised in Augusta, Georgia, as Sutton Thurman Brown – is an American entrepreneur, fashion designer, and reality TV personality. After always having an interest in arts and creativity, Sutton moved from the south to New York when she was in her 20s to pursue a professional career. Currently, she is most known for joining the cast of Bravo’s reality TV show ‘The Real Housewives of Beverly Hills.’

How Did Sutton Stracke Earn Her Money?

When Sutton was in her early 20s, she packed up her bags and moved from her hometown to New York, aspiring to be a professional ballet dancer. After her dancing career ended, she went on to become the Director of Development at the Cunningham Dance Foundation, following which she became the Executive Director of Augusta Ballet. She is currently a board member of the American Ballet Theater and has also been a sponsor for the same for multiple years.

Sutton is also a distinguished party planner and hostess. She has been named a Top Party Host in America, alongside other celebrities like Oprah and Michelle Obama in The Salonniere 100. In one such list, while she came in at the 39th spot, Michelle Obama was at the 97th.

In 2019, Sutton opened up her own boutique by the name of SUTTON in West Hollywood Beverly Hills. The boutique offers not only clothing but offers art pieces, furniture, and decorative items as well.

After the departure of fan-favorite Lisa Vanderpump, Sutton made her debut television appearance on season 10 of ‘The Real Housewives of Beverly Hills.’ Sutton being a close friend of cast member Lisa Rinna has featured on a few episodes and is expected to be a regular face in the series.

From manufacturing costs to production costs to spending on research and development along with employees’ salaries, being an entrepreneur comes with a bucket full of expenses, and things are no different for Sutton Stracke. Apart from her business expenses, her lifestyle and her three kids, Porter, Phillip, and Jack, also comprise a major part of her spendings.

Sutton has a Bel-Air mansion that we saw on the series and even owns an estate in Augusta, Georgia, along with a three-bedroom flat in New York City. She has worked hard to be the successful entrepreneur and fashion designer that she is today, and when you add her earnings from ‘The Real Housewives of Beverly Hills,’ it is no surprise that Sutton Stracke’s estimated net worth, as of 2020, is close to $2 million.

Read More: Where is Real Housewives of Beverly Hills Filmed?