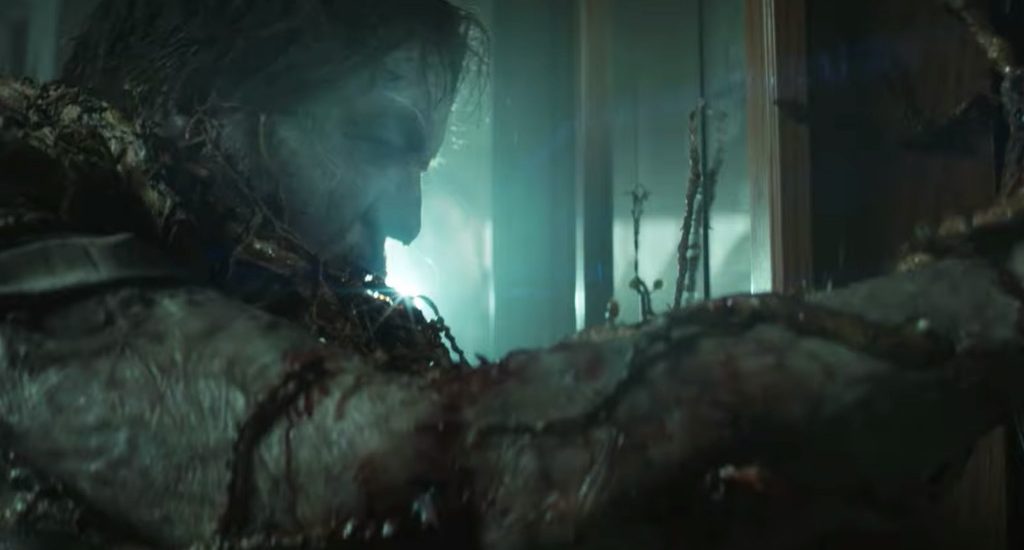 “It breathes. It dreams. And, at night, beneath a low-hanging fog, it shambles through the shadows with its red eyes and funereal soul. The swamp has a spirit, and it walks on two legs. A monster that was once a man…”– this is the character description of Swamp Thing as penned on DC Comic’s official site. “A monster that was once a man”, strikes some surreal chords, does it not? Seems almost poetic!

Created by Len Wein and Bernie Wrightson, Swamp Thing was first introduced by the franchise in 1971. After that, the titular character went on to feature in many comics series and animated shows, along with the live-action 1982-released movie with an eponymous title, directed by Wes Craven. In 2018, DC finally commissioned a live action tv series.

Swamp Thing Cast: Who is in it?

‘Swamp Thing’ stars Andy Bean and Derek Mears as Alec Holland and Swamp Thing respectively. You must already know Bean from his character portrayal of FBI agent Greg Knox in the drama series ‘Power‘. On the other hand, actor and stuntman Mears is best known for his reprisal of Jason Voorhees in ‘Friday the 13th‘ reboot and Hawes in ‘Hatchet III’.

Swamp Thing Plot: What is it about?

In order to give you a better understanding of the show, let’s first take you to the original genesis of Swamp Thing. Alec Holland, a genius and ideal scientist, is working on synthesizing a classified chemical in his concealed laboratory, hidden in the midst of the town’s dense, local marshlands. However, after a vicious conspiracy which causes a bomb to explode in his workplace, he is murdered (apparently). But, this is not the case. As an aftermath of the blast and replacing his human form, arises this grotesque, monstrous creature from the swamps itself, an entity that’s created as an amalgamation of Holland’s memories, personality, and grief while absorbing the deadly emissions from his facility.

Swamp Thing has extreme abilities. He can control all types of plantations on this planet, ranging from the tiniest fungus to the tallest, towering trees. He is blessed with superhuman powers and has the capacity to expand to humongous dimensions, even from the smallest of sprouts. His main mission is to protect both nature and humans, who are always, almost in a never-ending battle against each other.

The TV adaptation, which adopts a certain different intro, but essentially revolves around the same theme, begins by introducing us to Abby Arcane, a researcher with the CDC. She returns to her hometown is Houma, Louisiana to investigate a fatal disease that’s supposedly caused by a swamp-borne virus. Not only this, it’s suspected that these swamplands are responsible for many other strange occurrences recently cited in the locality. After her arrival, she starts developing a close bond with scientist Alec Holland. But when Holland seemingly dies after a tragic accident, she starts uncovering the mysteries of the marshes and also unravels that the former might not be dead after all. In Abby’s search, she muses how there are so many questions that remain unanswered and worse still, so many more that cannot be asked.

DC Universe’s ‘Swamp Thing’ may be a superhero series, but it is successful in throwing in a great deal of eerie fantasy and horror elements into the mix. There’s also this dark romance arc between Holland and Arcane, which somehow feels connected to the theme of ‘Beauty and the Beast‘. So if you wish to witness a superhero drama, where superhumans are not clad in shiny bodysuits, or if you are a fan of supernatural surrealism, then this show is definitely a recommendation from our side.

Swamp Thing Season 2 Release Date: When will it premiere?

‘Swamp Thing’ season 1 premiered on DC Universe on May 31, 2019. Comprising a total run of 13 episodes in the first season, the show was expected to be a big part of the platform’s streaming slate. We already know that the franchise’s first live-action film by Wes Craven is still a cult classic. And hence, everyone was hopeful that the series will see an elongated run. After all other DC Shows such as ‘Titans‘, ‘Doom Patrol‘, and ‘Young Justice‘ have seen several seasons.

Unfortunately for the fans, DC surprisingly announced cancellation of the show. After the news broke in June, Derek Mears, told Digital Spy that “it’s a weird nebulous space that we’re all in now because we don’t know officially why that would happen, or why they cancelled it.” Mears expressed his frustration saying, “Even if you are going to cancel it, wouldn’t you wait until later on to see how it plays with fans before? So, something’s going on somewhere.”

Despite the cancellation, there’s still some hope that DC reconsiders its decision show at some point in future. If that happens, we will update you about ‘Swamp Thing’ season 2 release date.

While we wait for any positive news on season 2, check out the season M trailer below.