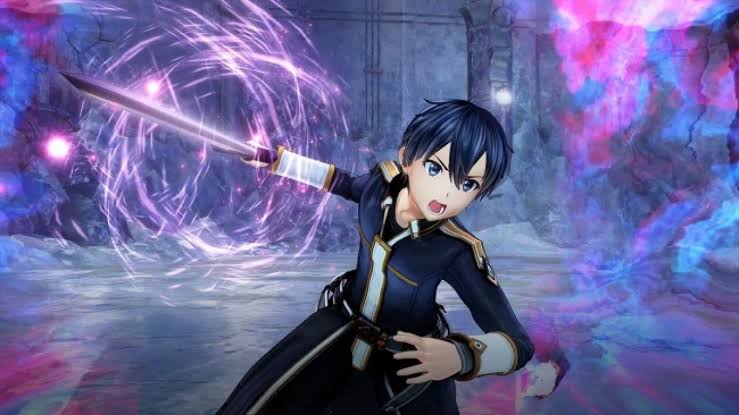 ‘Sword Art Online‘ is a name familiar to manga and anime lovers all over the world, but the hugely commercially and critically successful media franchise has mostly failed to replicate that success in video games as well. The last major video game adaptation of the manga/anime was 2016’s ‘Sword Art Online: Hollow Realization’, a JRPG (Japanese Role-Playing Game) for the PlayStation 4 and PlayStation Vita that failed to convince critics and audiences alike.

This is rather surprising given that the premise of the ‘Sword Art Online’ anime and manga seem tailor-made for the medium, having derived significant inspiration from it. However, it looks like this could all change soon thanks to Bandai Namco and Japanese studio Aquria, who are currently gearing up for the impending release of the first-ever ‘Sword Art Online’ based video game that lets players relive key arcs from the anime itself. Read on to find out everything we know about the upcoming game ‘Sword Art Online: Alicization Lycoris’.

In many ways ‘Sword Art Online’ shares its basic premise with the recent Steven Spielberg movie ‘Ready Player One’ (which is based on Ernest Cline’s novel of the same name). In a near-future world, people are really into Virtual Reality MMORPGs (Massively Multiplayer Online Role-Playing Games), of which there are several to choose from.

However, the one that started it all is Sword Art Online, which is set in the world of Aincrad. Each virtual world is built with a game engine dubbed as the “World Seed”, which was developed specifically for ‘SAO’ at first. The manga follows the exploits of Kazuto “Kirito” Kirigaya and Asuna Yuuki.

The webpage for the game describes it as follows:
“For the first time ever, players can experience SWORD ART ONLINE’s anime storyline in game format with SWORD ART ONLINE Alicization Lycoris! Play as the protagonist Kirito and immerse yourself in “Underworld,” a mysterious virtual world set in the anime’s Alicization arc. Featuring intense battle action, stunning JRPG visuals, and an expansive world to explore;”

‘Sword Art Online: Alicization Lycoris’ will focus on only a limited portion of the anime/manga. More specifically, the game will follow the Alicization arc which spans Volume 9 to Volume 18 of the manga. It is set in the year 2026, and our protagonist Kirigaya “Kirito” Kazuto is offered a job by Kikuoka Seijirou, a VR crimes division member at Rath, an inscrutable private enterprise.

Kirito is tasked with testing the new prototype FullDrive machine known as the Soul Translator (STL). However, as it turns out, Rath is actually manipulating him to help create a special Bottom-Up type of military Artificial Intelligence.

The game is set in the mysterious virtual world known as the “Underworld” and will explore themes of “passion, sad memories, reunion, and self-reliance” through its main storyline. You will also meet several fan-favorite characters from the anime/manga including Eugeo, Alice, Administrator, and more.

While ‘SAO’ will faithfully follow the plot of the manga/anime, for the most part, there will be some differences in the upcoming video game adaptation. Yuki Asuna will join Underworld earlier in the story, and there’s a new original female character named Medina Orthinanos. The character is voiced by Miho Okasaki. Nothing much was revealed about Medina for now, besides a hint in the trailer that she’s fighting for her family’s honor.

Sword Art Online: Alicization Lycoris Developers: Who Are the People Behind the Game?

Sword Art Online: Alicization Lycoris Release Date: When and Where Can I Play It?

The release date for ‘Sword Art Online: Alicization Lycoris’ is set for May 22, 2020. The game will be available on a variety of platforms including PlayStation 4, Xbox One and PC (Steam Storefront).

You can watch the trailer for ‘Sword Art Online: Alicization Lycoris’ right here.