Bringing two very different people together has been a common trope in television to mark the beginning of a new story. Police procedural dramas, in particular, employ this technique to give the audience a duo that they can root for. Andrew Marlowe and Teri Edda Miller created such a series for ABC which became one of its most popular shows of that time. The name of that show was ‘Castle’ and, no matter how it ended, it received a lot of love from the audience. Marlowe (who is also credited for writing ‘Heat Wave’, a novel penned under the name of Richard Castle) and Miller and reunited with ABC to deliver another buddy cop (sort of) drama, ‘Take Two’. It follows the story of an actress assisting a P.I in order to research for her upcoming role.

Take Two Cast: Who’s in It? 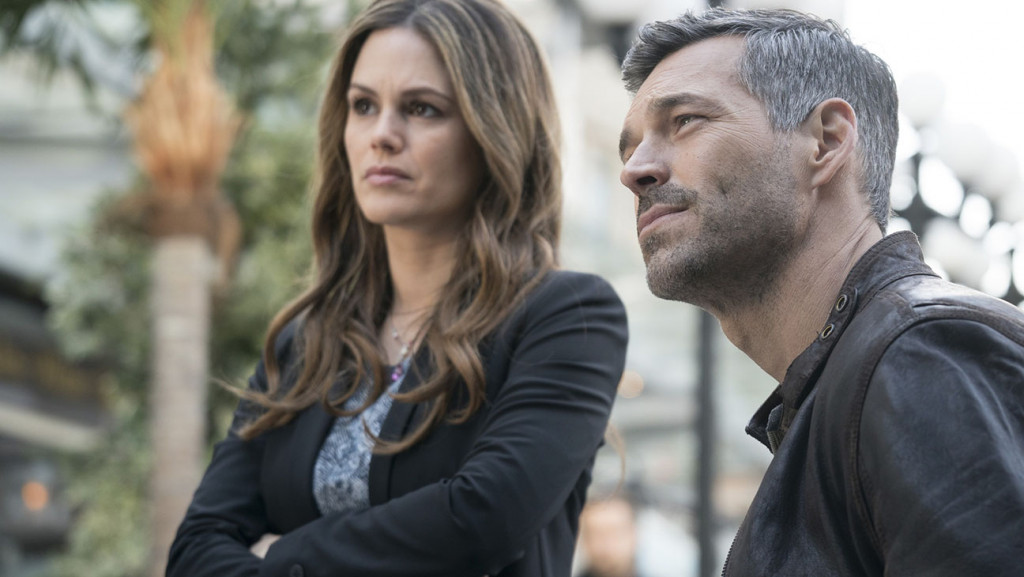 Since the first season is basically an introduction, the cast of ‘Take Two’ is limited to just essential characters, all of whom are completely different from each other. The following are the major characters and the actors who play them.

The show stars Rachel Bilson as Sam Swift, an experienced actress who wants to make a comeback after a brief hiatus and joins Eddie to research for her role as a P.I. Bilson is best known for her role in Fox’s teen drama, ‘The O.C’. She also starred in CW’s comedy-drama, ‘Hart of Dixie’. Further, she has appeared in titles like ‘How I Met Your Mother’, ‘Gossip Girl’, ‘Drunk History’, ‘Chuck’, and movies like ‘Jumper’, ‘New York, I Love You’, ‘Waiting for Forever’ and ‘Life Happens’.

The role of Eddie Valetik is played by Eddie Cibrian, a former detective who now serves as a P.I. Valetik has a long list of television credits to his name, which includes titles like ‘Baywatch Nights’, ‘Sunset Beach’, ‘Third Watch’, ‘Vanished’, ‘Ugly Betty’ and ‘Rosewood’. He has also appeared in films like ‘Say It Isn’t So’, ‘Tyler Perry’s The Single Moms Club’, ‘Playing Father’, ‘The Cave’ and ‘Not Easily Broken’.

In the supporting roles are Xavier de Guzman, Aliyah O’Brien and Alice Lee. Guzman plays the role of Roberto Vasquez, who provides tech assistance to Eddie. O’Brien appears as Detective Christine Rollins, Eddie’s on and off love interest. Lee plays the role of Monica, a student of Psychology who serves as Sam’s unpaid assistant. O’Brien has worked in movies and TV shows, which include ‘Rookie Blue’, ‘Bates Motel’, ‘Men with Brooms’, ‘Continuum’. Lee is known from her work in ‘Gap Year’, ‘Faking It’, ‘Switched at Birth’, ‘Sierra Burgess Is a Loser’, ‘Jack, Jules, Esther and Me’.

Jordan Gavaris, best known for ‘Orphan Black’ and ‘Unnatural History’, plays the role of a medical examiner. Heather Doerksen (‘Once Upon A Time in Wonderland’, ‘Stargate: Atlantis’) serves the role of Sam’s agent. Lamont Thompson plays the role of Eddie’s ex-partner who owns his own consulting firm now.

Take Two Plot: What’s it about? 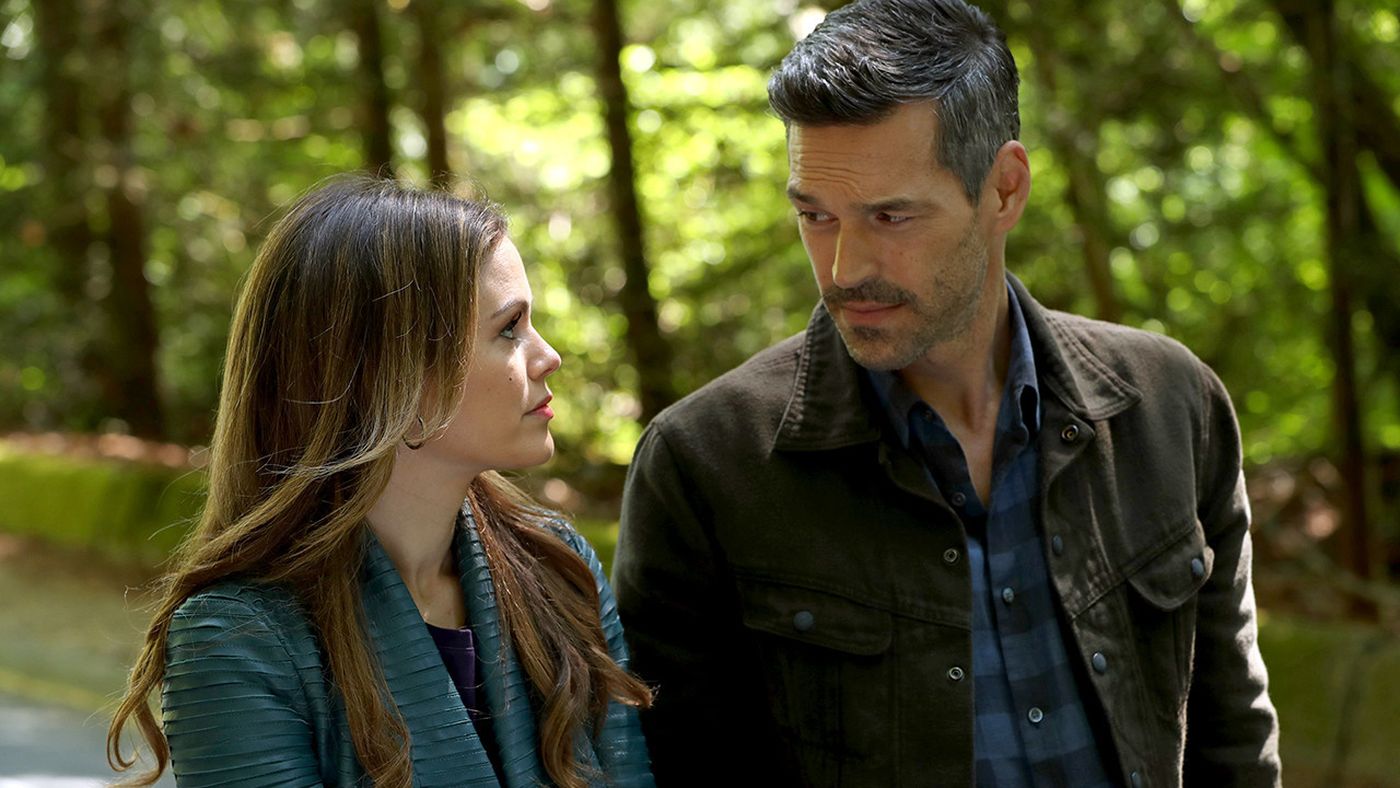 The story of ‘Take Two’ follows the lives of Sam and Eddie. Sam is an actress. She had previously worked as a cop in a TV series, a role that had been her best yet. After its success, she took a spiral downwards, but then she got herself together again and joined a rehab. Good as new, after checking out of rehab, she is ready to get back to acting again. The role of a private investigator is brought on the table for her, and this time, it’s a movie. In order to inhabit her role, body and soul, she decides to research for it and stumbles upon Eddie, a real-life P.I. He reluctantly lets her accompany him while working cases. After they succeed in solving their first case together, Sam realises that there is much more to the job of P.I than she had previously imagined. Even though her role as a cop wasn’t close to how it is in real life, the experience had prepared her for the real deal with Eddie. She decides to continue with him and find out more about his job and what perks and dangers it entails. Eddie, who didn’t want a liability on his hand while on the job, comes to accept that Sam can be an asset for him. Ready to work as a team, they set out to solve cases.

Take Two Season 2 Release Date: When will it premiere?

‘Take Two’ season 1 premiered on June 21, 2018. By the end of the season, Sam and Eddie come across that point in their relationship where it isn’t just professional anymore. As they try to figure out their feelings for each other, they take on a case where they are pitted against an accomplished conman. While trying to con the conman, they are forced to go back to the unresolved questions in their lives. After the case is done, the season ends with the fate of their relationship hanging in balance.

The show received praise for good acting and incredible chemistry of the lead pair. However, there were other fronts where it failed to impress. The writing, in particular, was criticised, for not being sturdy enough to hold the plot together. The ratings for the show did not meet expectations and only declined with every episode. The show was cancelled by ABC and will not be returning for another season. However, not all hope is lost yet. In the recent trend, streaming services like Netflix have become the saving grace of such shows. According to THR, ‘Take Two’ will also put itself out there, just to have another chance at its revival.  If some other network does pick up, we will update you about ‘Take Two’ season 2 release date.

If you liked the show and want to re-watch it, you can catch all its episodes on ABC. If you haven’t yet seen it and want to know more about it, go ahead. Here is the trailer to give you a sneak peek into Sam and Eddie’s story.