Back in the 90s, the series had received a backlash from conservative and religious communities. However, it also became a benchmark for bringing queer characters to the forefront. Almost two decades later, the world has changed a lot and the representation of LGBTQ+ characters in films and TV shows has slowly gained momentum. The 2019 revival follows in the footsteps and further builds on the legacy created by its predecessors. The involvement of queer writers and showrunners is an attestation to how far the show has come in building a solid ground for their stories.

Tales of the City Cast: Who’s in It? 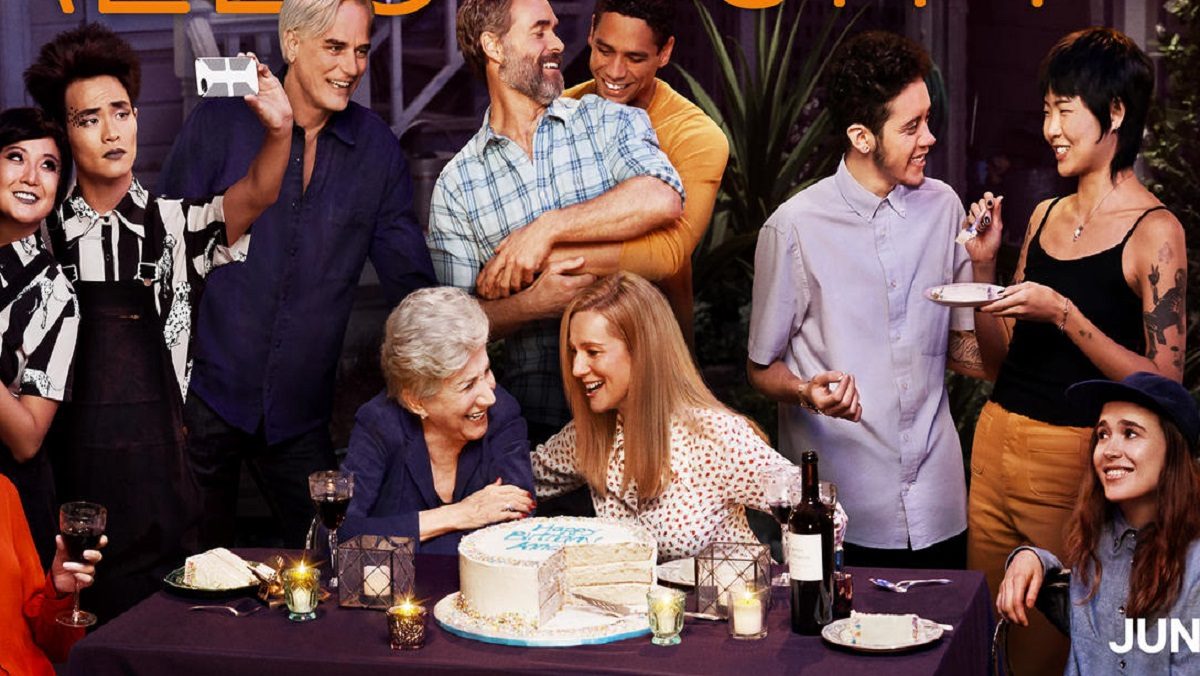 The central character in ‘Tales of the City’, Mary Ann Singleton, is played by Laura Linney. She is the winner of multiple Golden Globes and Emmys and has received Academy Award nominations three times. Her acting credits include titles such as ‘Ozark’, ‘The Big C’, ‘Frasier’, ‘Sully’, ‘Genius’, ‘The Fifth Estate’, ‘The Exorcism of Emily Rose’, ‘Love Actually’, ‘The Truman Show’, ‘Primal Fear’, ‘You Can Count on Me’, ‘Kinsey’ and ‘The Savages’.

Olympia Dukakis plays the role of Anna Madrigal. She has been nominated for an Academy Award, an Emmy and multiple Golden Globes. Some of her best-known works include ‘Moonstruck’, ‘Joan of Arc’, ‘More Tales of the City’, ‘Sex and Violence’, ‘Centre of the Universe’, ‘Sinatra’, ‘Lucky Day’, ‘Cloudburst’, ‘The Event’ and ‘Steel Magnolias’.

Barbara Garrick reprises her role from the prequel, DeDe Halcyon Day. She is known for her work in films and TV shows like ‘One Life to Live’, ‘Further Tales of the City’, ‘As the World Turns’, ‘Guiding Light’, ‘The Devil You Know’, ‘Pollock’, ‘A Couch in New York’, ‘Sleepless in Seattle’, ‘The Firm’ and ‘Days of Thunder’.

Ellen Page plays the role of Mary Ann’s daughter, Shawna. An Academy Award-nominated actress, she is best known for her roles in ‘Juno’, ‘Inception’, ‘The Umbrella Academy’, ‘X Men’, ‘Flatliners’, ‘Tallulah’, ‘My Days of Mercy’, ‘To Rome With Love’ and ‘Love that Boy’.

Paul Gross plays the role of Mary Ann’s ex-husband, Brian. Apart from his work in the theatre, he is also known for his roles in ‘Caught’, ‘Alias Grace’, ‘Eastwick’, ‘The Trojan Horse’, ‘Slings and Arrows’, ‘Due South’, ‘Chasing Rainbows’, ‘Men with Brooms’, ‘Barney’s Vision’ and ‘Whale Music’.

Murray Bartlett plays the role of Michael Tolliver. He is known for his work in films and TV shows like ‘Iron Fist’, ‘Looking’, Guiding Light’, ‘All My Children’, ‘Neighbours’, ‘Girl Most Likely’ and ‘The Three Stooges’.

Charlie Barnett plays the role of Ben Marshall. His most recent role includes the lead in Netflix’s ‘Russian Doll’. He has also appeared in ‘Chicago Fire’, ‘Secrets and Lies’, ‘Private Romeo’ and ‘The Happy Sad’. He is also set to appear in the second season of ‘You’ and the upcoming movie, ‘The Stand-In’.

Tales of the City Cast: What’s It About? 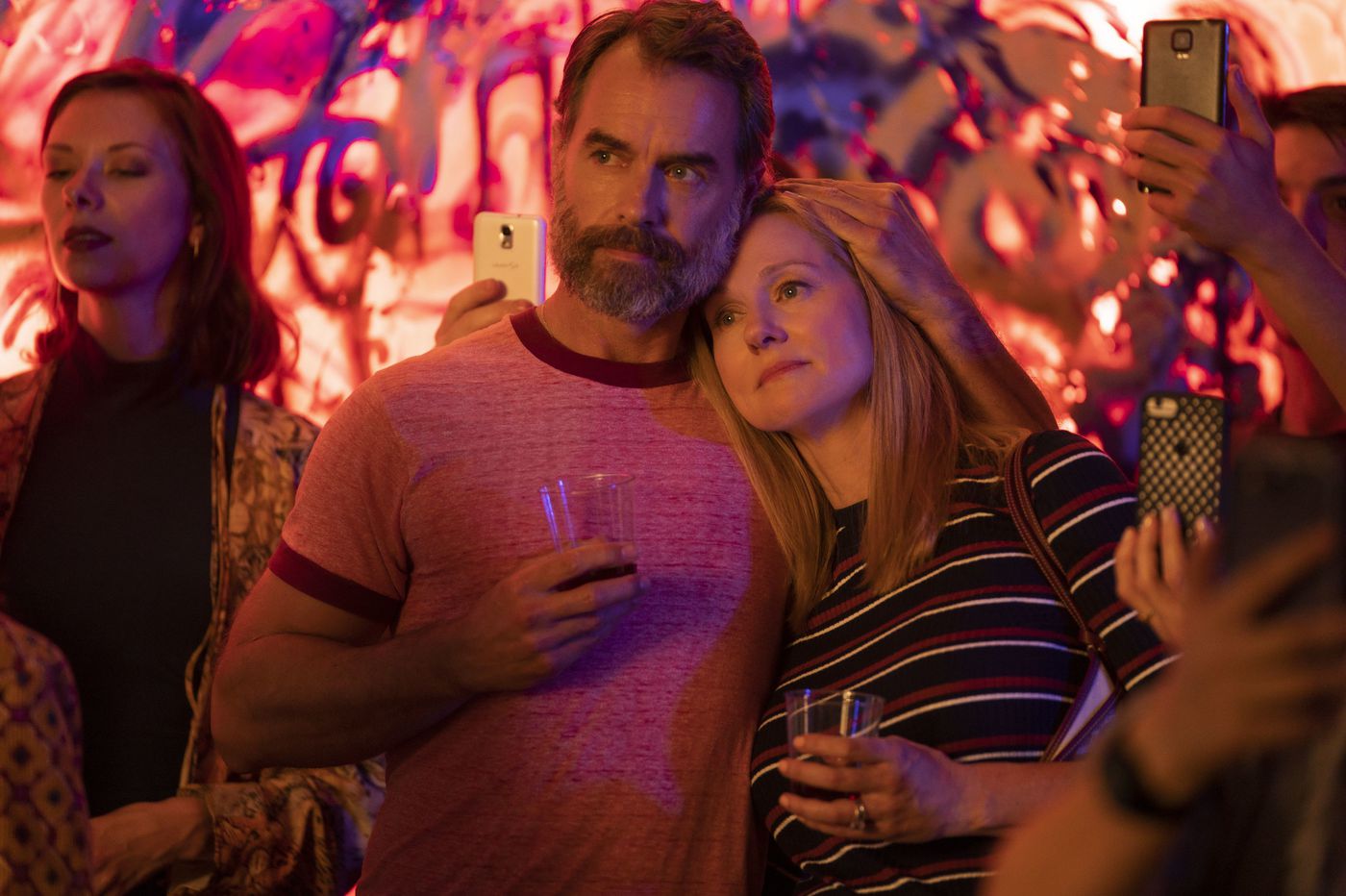 It has been twenty years since we last saw the residents of 28 Barbary Lane. ‘Further Tales of the City’ had brought some big changes in the lives of its character. The revival brings them back to us, with all their colours, struggles and achievements, going a notch higher on everything.

Mary Ann had left her life behind and moved to another place in pursuit of a successful career. ‘Tales of the City’ picks up with her return to San Francisco. She has to reconnect with her ex-husband, Brian, and more importantly, with her daughter Shawna. But they are not the only ones she had left behind. Back in Barbary Lane, she gets a chance to reunite with her chosen family, reminisces about her life in the city and rediscovers the meaning of love and relationships.

Tales of the City Season 2 Release Date: When Will It Premiere?

‘Tales of the City’ season 1 premiered on Netflix on June 7, 2019. The predecessors of this show have developed a strong fanbase over the years and the continuation of the story attracted this section to jump at it. Since it is dubbed as a miniseries, the chances of another season in line are very frail. However, it isn’t a new thing for the networks to add another season when they see a series meeting with huge success. ‘Tales of the City’ could also follow similar footsteps. If the next seaosn does get renewed, we expect ‘Tales of the City’ season 2 to release sometime June, 2020. As soon as an official announcement is made, we will update this section.

Tales of the City Trailer

If you have been following the stories of these characters since the beginning, then ‘Tales of the City’ packs some serious nostalgia for you. Head over to Netflix to catch all episodes of the show. Here is a sneak peek at the trailer to stir your feelings.