When Will Tangled The Series Season 3 Return on Disney? 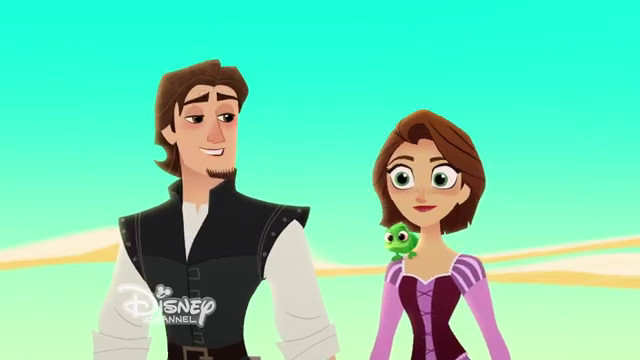 ‘Tangled: The Series’ is Disney Channel’s animation comedy series that first premiered on March 10, 2017. It has been created by the animation legends, Chris Sonnenburg and Shane Prigmore. The series is an adaptation of the movie, ‘Tangled‘ and narrates the story of Rapunzel, who escapes from the evil clutches of Mother Gothel and reunites with her birth parents, King Frederic and Queen Arianna. Rapunzel continues with her adventures alongside Eugene, her Chameleon friend Pascal and Maximus, the horse that lands her in trouble.

‘Tangled’ has completed two seasons so far and is in the middle of its third season. Here’s everything we know about ‘Tangled’ season 3.

Tangled Cast: Who is in it?

‘Tangled’ stars Mandy Moore of ‘ A Walk to Remember‘ fame as Princess Rapunzel, the long lost princess of Corona. Although Rapunzel tries her best to be a good future queen, she is often led astray by her naïveté.

Zachary Levi, known for ‘Shazam!, plays the role of Eugene Fitzherbert, Rapunzel’s boyfriend. Eden Espinosa plays Cassandra, Rapunzel’s lady in waiting. Cassandra and Eugene have a mutual dislike for each other, but eventually, Eugene finds himself warming up to her.

Other cast members include Clancy Brown as King Frederic, Rapunzel’s overprotective father, and Julie Brown as Queen Arianna, Rapunzel’s mother who encourages her to follow her heart. Jeff Ross as Hook Foot, Jeffrey Tambor as Big Nose and Paul F. Tompkins as Shorty make up the other stars.

Tangled Plot: What is it about?

‘Tangled’ revolves around the life of Rapunzel, who gets abducted soon after her birth by evil Mother Gothel after she discovers the magical properties of Rapunzel’s unusually long golden hair, from Rapunzel’s parents King Frederic and Queen Arianna of Corona. Rapunzel is raised as the Mother Gothel’s daughter in an isolated tower.

After turning 18, Rapunzel sets out to explore the significance of the lanterns that appear in the sky once a year. The lamps are sent to fly by Rapunzel’s parents in an attempt to find their abducted daughter. During her expedition, she bumps into Eugene, and after a lot of life-threatening plots by Gothel, Rapunzel and Eugene realize that they love each other madly and deeply. Gothel stabs Eugene after finding out about their love, and as Eugene is on the verge of death, tears from Rapunzel’s eyes fall on Eugene’s cheek after which he gets his life back.

Eventually, Rapunzel reunites with her birth parents with the help of Eugene and continues her misadventures but this time with the company of Eugene, her best friend Cassandra, her Chameleon friend, Pascal and her loyal horse, Maximus. They come together to solve the curious case of the black rock spikes.

Viewers have the honor of joining Rapunzel in her comic misadventures as she reacquaints herself not only with her parents, having been long separated from them during her captivity, but also with the kingdom itself and the people of Corona.

It will be interesting to see what new adventures Rapunzel takes in Season 3. Though, one thing is clear that Casandra will have a big role to play in the upcoming season.

Tangled Season 3 Return Date: When will it back on air?

Should You Watch Tangled?

‘Tangled’ shows great potential as a show since every season essentially explores a new magical adventure, while also building on the relationships in Rapunzel’s life. Ultimately, the series is about bonds between lovers and friends, and the misadventures are all part of the journey from which our beloved princess can learn all the valuable lessons she needs in order to become a just queen.

What stands out in the series is how Rapunzel seems to be struggling with freedom. Having spent most of her life in captivity, she is only beginning to explore the world around her, and her father’s overprotectiveness does not help the situation. However, the queen’s stance in encouraging her to explore her heart’s desires and the world around her is something one would expect of a supportive parent and a feminist in her own way.

It would be remiss not to mention how the 2D animation brings a welcome change to the magical tale and is a throwback to the animation series we all saw growing up. To borrow a cliched fairytale phrase, the animation style fits as well as Cinderella’s glass slipper.

Critics have taken a liking of ‘Tangled’ as well, with IGN writing, “Overall, Tangled is an enjoyable and entertaining return to Corona. The elements you liked from the film are all present, and they have the opportunity to continue and develop in a new story.”

If you haven’t seen the show yet head over to Disney Channel to catch all the episodes of the previous seasons.