Who Is Tash Herz From Married At First Sight Australia? 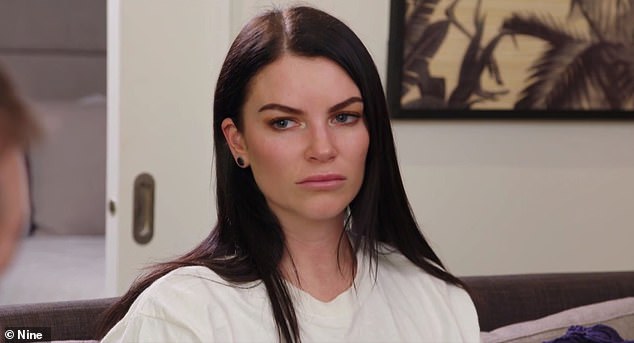 Australia’s version of ‘Married At First Sight’ is an adaptation of the original Danish series, and just like the name suggests, it depicts a pair getting married at their first meeting and follows the journey of their relationship. The seventh installment of this particular series has made its way to America on Lifetime, and with it, it’s brought twelve new couples and a whole lot of drama.

One such couple on it is a same-sex duo, the very first female one on the series. And one half of it is Tash Herz. Curious to know more about her? Keep reading!

Who Is Tash Herz?

With her long dark hair and tattoos, Tash comes off as extremely intimidating. However, that’s not who she is. She is a friendly and romantic woman who, unfortunately, went through a lot as a teenager and not just with her sexuality. She was bullied because of the way she looked, so much so that she sometimes still forgets that she is no longer the awkward size 16 girl that she used to be. Now lean and powerful, the 31-year-old still has to work hard to show people her real personality.

yo it’s the start of Gemini season tomorrow which means imma change. up. my. look. ☄️

Tash’s physique may be a reason why she has never been able to find her true love until now, but that doesn’t stop her from looking and trying. She now knows what she likes and what she wants in her forever partner. Tash is looking for someone who is not just affectionate in their actions but can also express what they feel out loud, saying what they mean verbally, because she’s admitted that her love language is words of affirmation.

Where Is Tash Herz From?

Tash is a native Australian. She’s a local of the beautiful city of Adelaide, the capital of South Australia, Australia. She hasn’t revealed a lot of information about her background or her family, but one thing is for sure, just like everyone else on the show, Tash is happy and proud to be Australian.

Tash is a bartender as well as a yoga teacher. Knowing first hand that mental peace and stability, along with being fit, is extremely important to live a happy life, she tries to help others achieve the same. In fact, she has even created a YouTube channel where she talks about her own experiences and shares how to overcome your past so as to gain confidence in who you are now.

So happy the face queen and genuine sweetheart @hayley.enterprises is back operating at the one and only @medicineofcosmetics this week! I trust Hayley wholeheartedly as she is the perfect mixture of knowledge and understanding of the look you desire. Book ASAP, she is back at the clinic from May 11th and she will be insanely busy! You can use the code TASH15 as a treat 😈 Her work is so lush I will show you guys the magic she works on me v. soon! ✨I fully support women doing whatever the hell they want with their physical form! Want it? Get it. Don’t want it. Don’t get it. Just don’t judge 👼🏻

Read More: Who Is Amanda Micallef From Married At First Sight?