Are Taylor and Brandon from Married At First Sight Still Together? 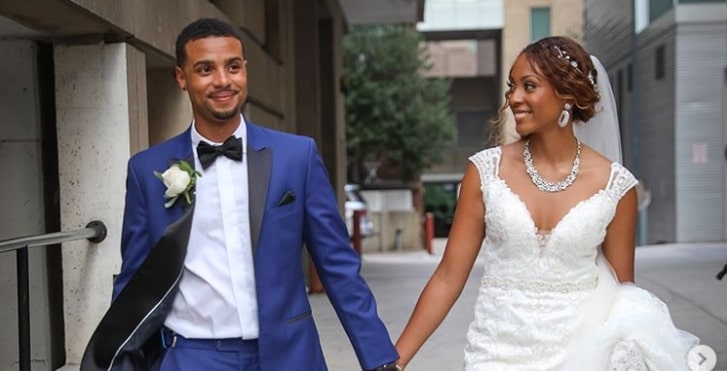 One of the worst couples on the tenth season of ‘Married At First Sight’, Taylor and Brandon earned a notorious reputation for themselves. Their relationship was the most toxic and volatile one on the show. It makes us wonder what exactly was the panel of experts thinking when pairing those two together. Taylor and Brandon turned out to be the most incompatible couple on the show, and their effort to make their marriage work was little to none. Followers weren’t a fan of the duo and didn’t root for them as well. Here is why.

A 34-year-old sales manager, Brandon, was matched with a 27-year-old research scientist, Taylor. The two formed a connection during their first conversation. While Taylor’s constant setbacks in her previous relationships didn’t make her give up on love, Brandon was searching for a lifetime partner who would love his family as much as he does. They decided to go ahead with the wedding and tied the knot.

The couple’s problems started during their honeymoon only. Brandon’s trust issues led him to frequent rages of anger. His fights and arguments with Taylor were not only horrifyingly aggressive and explosive but also extremely disrespectful. His fits of fury even led him to misbehave with the crew and production team many times. He was seen throwing violent tantrums by removing his mic, cursing and provoking the cameraman, running off from the shoot, and locking himself in closets.

The honeymoon is over and reality is setting in. #MarriedAtFirstSight is starting now!

Taylor and Brandon’s failure to communicate openly was another reason for the downfall of their marriage. Taylor’s negligence, stubbornness, and ego issues, too, took a toll on their already unhealthy relationship. Taylor posted an insulting video on her Instagram account about the things she wanted in a man and also told her wide base of followers that she was single. This pushed Brandon over the edge and he moved out. He filed for an annulment mid-way before the season even aired. Taylor, too, shut the door on him but waited patiently to narrate her side of the story. It didn’t surprise viewers as this relationship seemed to be bad news from the very start.

Are Taylor and Brandon Still Together?

No. The couple has broken up. They filed for divorce as they had declared on Decision Day that they don’t wish to be together. The couple did part ways but their drama still ensued even after the cameras stopped rolling.

The couple got into a physical confrontation outside a bar in Washington D.C. The cops were called and both blamed the other for initiating the aggression. While Taylor accused Brandon of following her, taunting her, and filming her on his phone, Brandon accused Taylor of pushing him and hitting him. The police’s confusion over their evidence and accusations landed the duo in jail for a night. Both of them filed a restraining order against each other, which was eventually granted. But, before that, they both were asked to appear in court wherein they stood by their stories. Other cast members were asked to be a part of the trial, too, which went on for two days and caused the cast quite a lot of stress. Co-stars claim that both parties were at fault.

Keeping in mind that Taylor and Brandon cannot communicate with each other in any way, not even through a third party, and have to be physically away from each other for a certain distance, Brandon was not invited to the latest reunion episode. His misbehavior with the production team was another reason he wasn’t wanted in the episode. Brandon, too, didn’t seem to be bothered. He had made his displeasure about being associated with the show quite clear and has been keeping a low-profile since then.

Taylor appeared alone in the reunion episode and narrated the whole incident. She took this opportunity to tell her side of the story. She even said that she has been dating someone new now. She has been spending time with her friends and new boyfriend, partying and traveling.

Happy Birthday to one of my favorite people in the whole entire world 🌍 ! #twinning #favorite #happybirthday #toyou 🥇🏆#️⃣1️⃣

Read More: Are Mindy and Zach Together?