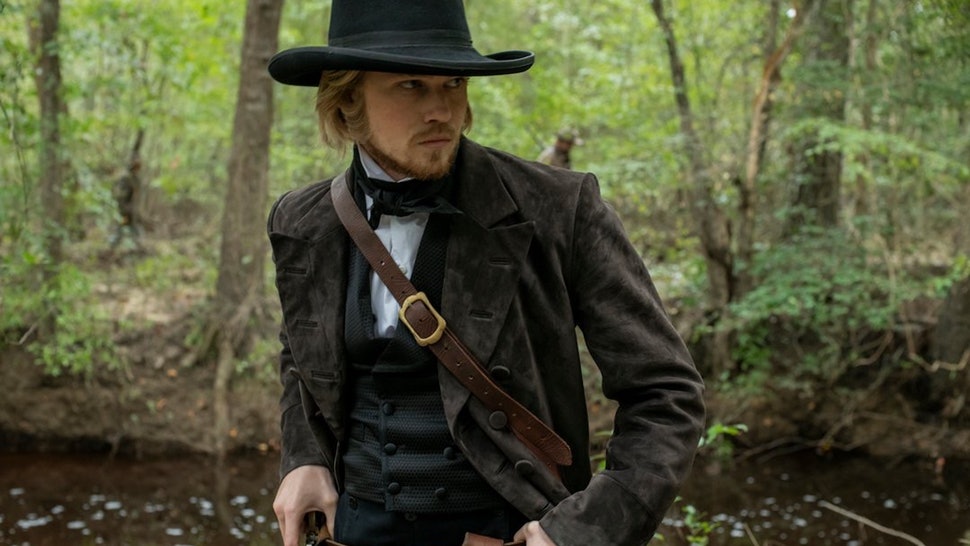 Netflix’s ‘Miss Americana‘ is an up-close and personal look at Taylor Swift’s life. If you’ve followed the star’s progress, you must be privy to the numerous men she has had relationships with, earning her some unsavory and unrequired comments. However, in this documentary, we fleetingly get to see Swift’s latest relationship, and the positive reinforcement it provides her with when she is feeling low. Although her boyfriend is never mentioned by name, and his face is not shown, he is present in the documentary. Swift is seen hugging him backstage and kissing his hand.

Despite not interacting with the audience, the specter of the boyfriend is asserted in an adorably tender scene as Swift mouths ‘I love you’ while playing a song on her guitar. She also mentions how she was attracted to his “wonderful, normal, balanced kind of life.”

Dating one of the most famous women on the planet, and keeping the relationship lowkey, is not an easy task. However, Swift and her boyfriend have been doing it for over three years now. We know you are wondering about who the mystery man is, and we have got you covered in that regard.

Who is Taylor Swift’s Boyfriend?

Taylor Swift has been dating Joe Alwyn, the British actor. Joseph Matthew Alwyn was born in Tunbridge Wells, Kent, England. He was raised in Crouch End, North London, and reportedly was living with his parents till 2018. Alwyn studied drama and English Literature at the University of Bristol. He went on to get a BA in acting at the Royal Central School of Speech & Drama.

He also dabbled in theater, appearing in student productions at the Edinburgh Fringe Festival (where Phoebe Waller-Bridge first presented ‘Fleabag‘). Alwyn got his break, in Ang Lee’s ‘Billy Lynn’s Long Halftime Walk’ in 2016. He went on to appear in ‘The Sense of an Ending’.

However, 2018 has been Alwyn’s year with appearances in movies like ‘The Favourite‘, ‘Mary Queen of Scots’, and ‘Boy Erased’. In 2019, he has appeared in ‘Harriet‘. Alwyn maintains that his mother, a psychotherapist, and father, a documentary filmmaker who makes films in ‘crisis zones’, introduced him to the world of theater and acting.

According to what Taylor told Wilson, she began dating Joe in 2016. While it has been popularly speculated that they first hit things off at the Met Gala in 2016, it is much more likely that their first proper meeting was at a secret Kings of Leon concert in New York City.

Before this, Swift was dating Hiddleston but broke up with him in September 2016. Alwyn and Swift have mostly managed to keep their relationship a secret. However, Taylor and Joe have flown out several times to meet each other. They have been photographed at Nashville too, where Joe is supposed to have met Taylor’s parents.

The news of their relationship finally broke in May 2017, with The Sun reporting that the two have been seeing each other. Of course, Swift fans have tried to find clues in her songs about her relationship with Joe. However, in a much more concrete sense, Swift has reportedly set aside $42 million to buy a home in Crouch End, close to where Joe and his family live.

Despite the couple being evidently in love, they have both kept the relationship private, not speaking to media outlets much. Joe told British GQ “Someone’s private life is, by definition, private. No one is obliged to share their personal life.” Swift also commented to The Guardian “…our relationship isn’t up for discussion”.

Notably, Joe has not advertised ‘Miss Americana’ on his social media profiles in any way, despite having an appearance in the documentary. That being said, Swift and Joe are full of tender gestures, be it Swift skipping the Grammys to attend the BAFTAs in 2019, or actively urging her fans to watch ‘The Favourite’. You can check out both the posts below.

AHHHHH @thefavouritemovie just won 7 @bafta awards !!! Bout to go give some high fives – thanks @stellamccartney for this dressss 😆

The Favourite is absolutely phenomenal, and it opens in NY and LA tomorrow— Swipe to see cities and dates! @thefavouritemovie @joe.alwyn @nicholashoult

In 2020, the couple has made a very public appearance at the Golden Globes. They have been photographed together throughout the night, and reportedly attended an afterparty together as well. You can check out a corresponding tweet below.

📹 | Taylor Swift and Joe Alwyn in the audience at the #GoldenGlobes pic.twitter.com/p73tAzzbRy

With this public appearance and Swift’s documentary, putting her loving bond with Joe back in the limelight, perhaps the couple is ready to be more open about their relationship.

While Joe’s love life could not be in a better place, possibly, his professional career also looks promising. He is all set to appear in Joanna Hogg’s sequel to the wonderful 2019 film, ‘The Souvenir‘. The story about a film student in the 80s, being in a relationship with an untrustworthy man, will see Alwyn sharing screen space with the likes of Tilda Swinton.

Alwyn is also slated to appear in ‘Last Letter from Your Lover’ alongside Felicity Jones. The film tells the story of a young London journalist who becomes obsessed with letters between star crossed lovers from the 1960s, that she discovers.

In conclusion, both Joe and Taylor seem to want to keep their personal lives beyond the public reach, in order to make things more manageable. They are both committed to their art, and to each other, which is something that must be respected.