Will There be More of Team Kaylie? 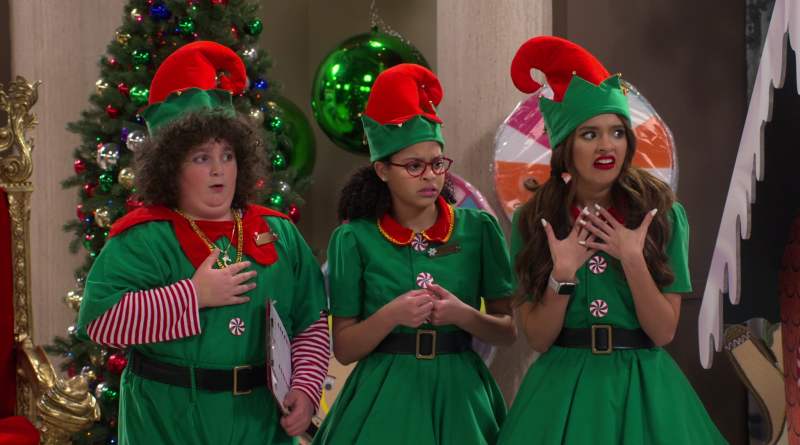 The Netflix original, ‘Team Kaylie’ follows the life of a lively teen, who is navigating adulthood while trying to learn from her mistakes. The live-action comedy series is created by Tracy Bitterolf and narrates the colorful story of Kaylie Konrad who attempts to bring out the real person within her.

Developed and executive produced by Pamela Eells O’Connell, ‘Team Kaylie’ originally premiered on September 23, 2019, which was soon followed by the second season that released on December 2, 2019. The third installment hit the viewer’s screens in February 2020. Now the question is, will there be a ‘Team Kaylie’ season 4? Let’s find out.

Team Kaylie Season 4 Release Date: When will it premiere?

‘Team Kaylie’ season 3 premiered on February 3, 2020, on Netflix in all its entirety of nine episodes. Netflix had initially commissioned 20 episodes of the show. So, with the conclusion of season 3, its original order has come to an end — since season 1 consisted of five episodes and season 2 comprised six episodes.

‘Team Kaylie’ has managed to garner mixed reviews from viewers. Hence, although the creators have left the story open to continue with more episodes in the future, the final decision will ultimately depend on the ratings. And we should receive an update in the upcoming months. But if Netflix decides to renew the show, it will take some time to order a new season and get started with the production. If things fall in place, we can expect ‘Team Kaylie’ season 4 to release sometime in September 2020.

Team Kaylie Cast: Who’s in it?

Bryana Salaz stars in the lead role of Kaylie Konrad. Many of you might already recognize Salaz, who is an actress and singer, from her appearance in ‘The Voice‘. Accompanying her in other lead roles are the actors playing the members of the Wilderness Club. Alison Fernandez stars as the leader Amber, Symera Jackson as the genius Jackie, Elie Samouhi as the forever confused Chewy, Kai Calhoun as pop culture fan Ray Ray, and Eliza Pryor as the wannabe witch Valeria.

When the show is renewed for a season 4, all the main cast members are expected to reprise their original characters.

Team Kaylie Plot: What is it about?

The show beings by introducing us to the 19-year-old billionaire Kaylie Konrad, who is a selfie addict and social media star. But after a certain freak accident, Kaylie gets ordered by the court to serve as the leader for a rag-tag Wilderness Club in LA. What ensues is a roller-coaster ride of chaos and confusion.

With a minimal idea about nature or the wilderness, Kaylie is left at crossroads. Although her kid companions are elated to have a star as their mentor, Kaylie struggles to supervise the basic activities, which involve camping, hiking, fishing, adventure trips, and spending a lot of outdoorsy time.

But gradually, Kaylie realizes that this is the perfect chance to learn what life is actually about. She also realizes that she has a lot to give back to her community. And across the seasons, we witness Kaylie’s slow but meaningful evolution.

In season 1, we see her understand how she can balance her own plans with those of the kids, although it means putting in a bit of an effort. Season 2 follows the crew as they embark on several other adventures. There is a bird-watching trip, a fishing expedition, as well as, a fundraising event. In between, the characters also get involved in romantic linkups. Toward the end, Kaylie learns how she can give up her high expectations and learn to enjoy a humble celebration.

In season 3, we witness the characters going through more changes. While Kaylie tries to make Colt a social media star, Valerie decides to leave her witchy ways behind and become a good girl. Jackie, Chewie, and Kaylie also concentrate on their true-crime podcast ‘Unexcused Absence’ and Ray Ray creates chaos by taking control of Kaylie’s social media account. Jackie faces some difficulty with her studies while Kaylie teams up with Ray Ray to find a date for principal Dana. In the end, Kaylie successfully completes her community program and looks ahead toward the future.

When the show is renewed for a fourth season, we expect to follow Kaylie as she focuses on making her own reality show a success. Of course, since this show will feature her original gang from the club, we will see plenty of their stories as well. A different set-up but the same old characters. Excited? We bet you are!

While we wait for an update on season 4, you can watch the trailer for season 3 right here.