Will There be a Teenage Bounty Hunters Season 2? 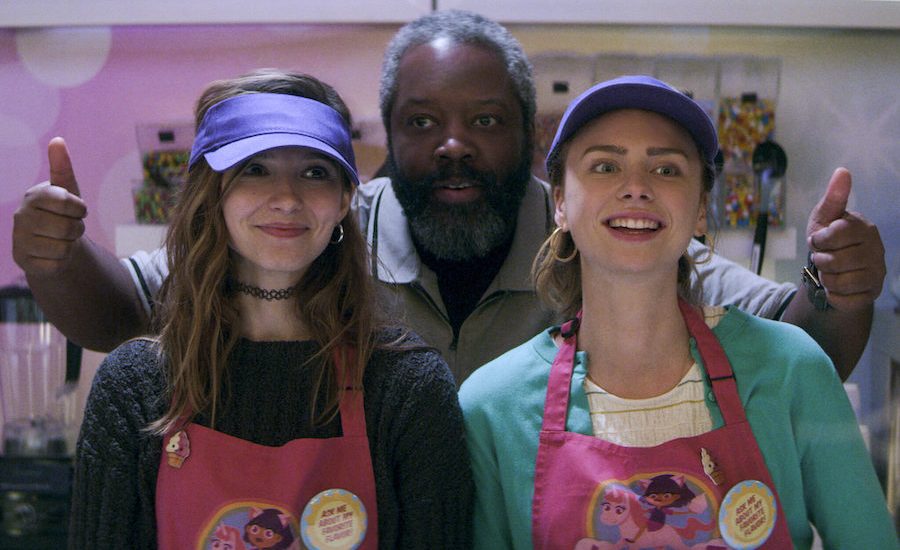 Netflix’s ‘Teenage Bounty Hunters’ follows the story of two girls who realize that they are great at the job of bounty hunting. They collaborate with a professional to hone their skills and make some money on the side. Meanwhile, their personal lives also go through some drastic changes, as the girls suffer heart-break and some family secrets change everything they thought they knew about themselves. The cliffhanger ending makes us all the more interested in the fate of the characters. When will we get the Season 2 of Teenage Bounty Hunters? Here’s all you should know about it.

‘Teenage Bounty Hunters’ Season 1 released on Netflix on August 14, 2020. The show opened to not so favorable reviews from the critics. However, when it comes to deciding the future of a series, Netflix relies on the response of the audience. It takes a while to gauge how the viewers are liking the show and make a decision based on that. As of now, the streaming service has not made any official announcement regarding the future of the series. If they do greenlight the project, we expect ‘Teenage Bounty Hunters’ Season 2 to release sometime in 2022.

‘Teenage Bounty Hunters’ stars Maddie Phillips and Anjelica Bette Fellini in the roles of Sterling and Blair Wesley, a pair of fraternal twins who are inseparable. Kadeem Hardison plays the role of a bounty hunter named Bowser Simmons who hires the girls as his interns and becomes their mentor as well as an unlikely guardian, in the process. Virginia Williams and Mackenzie Astin play the role of Debbie and Anderson Wesley, the parents of Sterling and Blair. Rapper and music producer Method Man appears in the role of Terrance Coin, a rival bounty hunter who is not liked very much by Bowser. Myles Evans plays the role of Miles, Blair’s love interest. Spencer House and Devon Hales play the roles of Luke and April, Sterling’s love interests. Shirley Rumierk plays the role of Yolanda, the bonds-person as well as a romantic interest of Bowser.

In the second season, we expect all of these actors to reprise their roles. The revelation of Debbie’s twin, Dana, means Williams’s role would be expanded further, and could also bring some more people from Debbie and Dana’s past. New cast members are also expected to join the show.

Teenage Bounty Hunters Season 2 Plot: What can it be about?

‘Teenage Bounty Hunters’ Season 1 ends with Sterling and Blair discovering that they are not twins, but cousins. Sterling is actually Dana’s daughter and was brought up by Debbie and Anderson because of her mother’s complicated past and a difficult present. In the second season, we expect to dig deeper into the history of Dana and Debbie and find out how their parents really died. Apart from this, the show will also build upon the romantic conflicts in the lives of Sterling and Blair. Sterling has fallen for April, who doesn’t know that Sterling and Blair were the ones who got her father arrested in the first place. The heart-break from April leads Sterling back to Luke, but things are not going to be so easy for them anymore. We see a similar shift in the relationship of Blair and Miles, where they are broken up by the end of the season. Does it mean Blair will move on to someone else? Only Season 2 will tell.