Where Are Alex and Marcus Lewis From ‘Tell Me Who I Am’ Now? 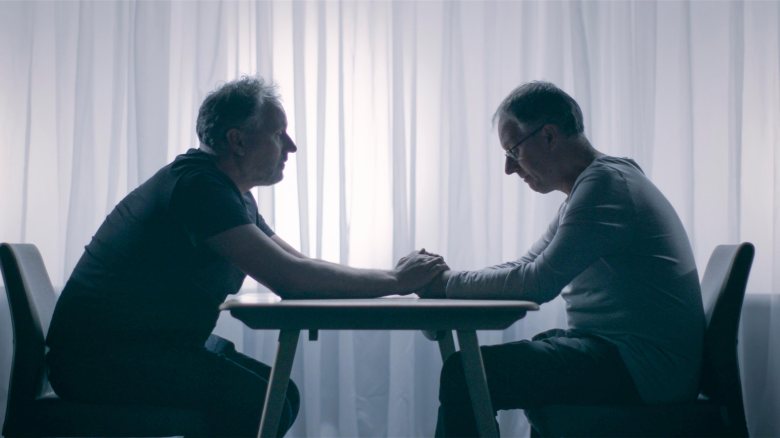 ‘Tell Me Who I Am’, the Netflix documentary from Ed Perkins, recounts the intensely harrowing tale of two identical twins, Marcus, and Alex Lewis. The twins went through some immensely tough times and the true story of their life is stranger than fiction. In fact, the two have a book of the same name, recounting their past, which has been co-written with a ghostwriter, Joanna Hodgkin, who has helped them to structure the narrative. However, the documentary itself takes the source matter from the book but builds something new from it.

Perkins has been sure to work with a stripped crew, including just the cameraman, himself, and someone working the sound while conducting extensive interviews with Alex and Marcus, in order to get their story. The director’s intention was to provide the twins with space and agency, in order to recount their tale as they best saw fit. By the time we reach the end of their accounts, we cannot help but empathize with both Marcus and Alex.

What Happened to Alex and Marcus Lewis?

In short, the story of the twins starts when Alex is involved in a motorcycle accident, which causes him to lose all his memories. He relies on Marcus to fill him in about the past and Marcus paints the picture of a happy childhood in a normal family. Alex grows up believing his version of events. However, when they are 32, their mother passes away due to a brain tumor.

While cleaning out the house, Alex discovers a disturbing photograph of him and Marcus naked, with their heads chopped off. This revelation pulls at the string which unravels his entire world. He realizes that they had been sexually abused as kids and Marcus hid it from him. Upon confronting his twin, he gets an affirmation but not much detail. Alex is sent in a dizzying spiral trying to figure out who his mother truly was, trying to reconcile that the person he knew was a pedophile.

Marcus, who has gone so long without explaining the nature of the abuse, has a final meeting with Alex towards the end of the documentary where he narrates the details of how their own mother molested them, before passing them off to her friends to be molested. His anger is visible as he outlines how it stopped finally, and how their mother got away with it all.

Perkins has smartly structured his documentary in three parts, with the first part showing the reconstruction of identity for Alex, the second part showing the truth Marcus hid, leading to Alex’s deconstruction of identity. The third part shows a reconciliation between Marcus and Alex, for whom, the structures of their childhood and past become clear once the knowledge of what happened to them enters the picture. At the end of the process, the brothers are closer to each other than ever, and we are left wondering about their extraordinary lives and how they keep on living.

Who Are Alex and Marcus Lewis?

Well, the brothers were born in 1964. They were raised in a mansion, Duke’s Cottage, in Sussex, outside London. It is not completely clear when their abuse started but Marcus has confirmed that it went up to the age of 14, when he put his foot down with one of his mother’s friends, who was trying to molest him. Although the sexual abuse stopped, the brothers lived in miserable conditions. They stayed in a shed in the garden, which did not have heating. The twins had cots to themselves. However, they did not have keys to the main house and got very little food there.

In fact, the twins would wolf down food when they went to other people’s houses since they were almost always hungry. They were not allowed into the parents’ bedrooms or their father’s study. In fact, they also had to address their father as ‘sir’. As kids, the boys were initially sent to a private prep school, but when they turned out to be dyslexic, they were quickly removed.

After Alex lost his memory, he and Marcus did almost everything together. They would go out together, meet people together. Generally, the two remained inseparable, since Alex’s new life helped Marcus forget about the trauma in his own past. They only had each other to rely on as they tried to overcome their severe dyslexia, working on cruise ships, at hotels, and construction sites. Following their mother’s death, the twins found out that despite the miserly outlook the parents had, their mother had hoarded money amounting to millions.

Where Are Alex and Marcus Lewis Now?

The twins, 54 years old now, have ensured that their lives are joined personally and professionally. They have managed to establish a multi-million-pound property portfolio in London, and lead very prosperous lives. They are also the co-founders of a boutique hotel on the African island of Pemba, which is off the coast of Zanzibar. The hotel is called Fundu Lagoon and is a popular choice among affluent tourists.

Despite the immense trauma in their past, Alex and Marcus have been able to work through it, and have emerged as survivors. Alex especially credits his wife for helping him get through life when he wanted to give up on it. He resides in Chichester with two sons. Marcus is also happily married to his wife and has two children. He lives in North London. He is proud of his relationships in life, and all the extraordinary things he has achieved despite being scarred at a very young age.

Both Alex and Marcus Lewis are now in their fifties, determined to not let their trauma shape their entire lives. They are successful and have people who love them, which has made them want to reach out to others to speak of their traumatic past, giving hope that others too can move past it and make the most out of life.