Where Was Temptation Island Season 2 Filmed? 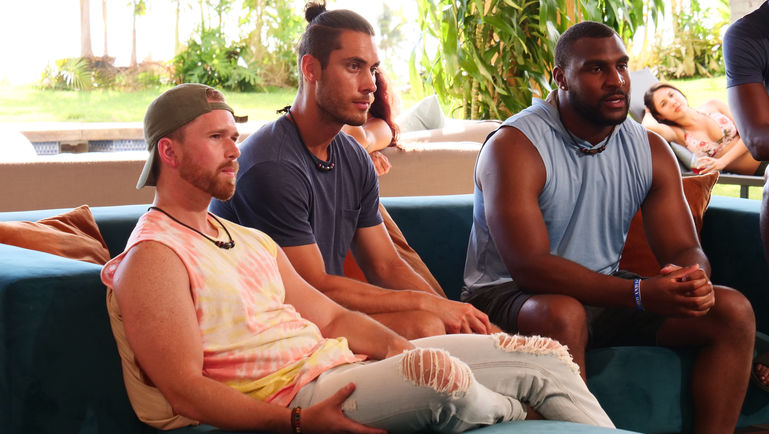 The influence of reality television has spread far and wide in the world today. From quiz shows to relationship-based shows, there are several subgenres within the realm of reality TV which have come up over the years. Most reality shows are based within a studio, especially the ones which are based on the performing arts like singing, dancing, display of amazing talents, and so on. But there are also several such shows which take place in the world outside. These shows are usually centered around dating, renovation of houses, food tours, and so on.

The series which we shall be talking about today, ‘Temptation Island‘, is based around testing the strength of one’s relationship with his/her partner. A number of couples and some singles are sent to an exotic location where they participate in several tasks to determine whether any one of the people who’re there with their partners falls for one of the single participants.

The series first started airing in 2001 and three seasons were telecast before the show went off-air due to its poor ratings. The series was later taken on by USA Network who aired the revamped show with the original host Mark L. Walberg himself. Most notably, Javen Butler & Shari Ligons is the only couple from Season 1 of the original series who have won the competition and are together even to this very day.

The probable reason as to why couples would choose to participate in a show where their relationship could be strained forever might be the fact that they get to enjoy an all-paid trip to a wonderful island. If you would be interested to look at the show’s official application form, you will understand that the showrunners themselves highlight this aspect as a perk to sign up for this series.

Since its revamped edition has hit our television screens, ‘Temptation Island’ has chosen the second-largest island of Hawaii, Maui, as its filming location. It cannot be ignored that such a beautiful location does have an effect on the psyche of the participants who have to figure out the secrets of how they can hold on to the love they have for their partners, or if they really want to be with their partners in the first place.

One of the best locations possible for shooting such a series, Maui provides all the comforts that we would expect from our trip to an exotic island. There are beautiful villas where the participants are accommodated. In one villa, all the male participants get put up, while the other one is reserved for women. However, according to host Mark Walberg, the villas for Season 2 are much larger and better-equipped than what we saw in Season 1. Considering the fact that Walberg himself gives us a tour of the villas, it cannot be hard to presume that promoting tourism is one of the main ways in which the show earns its revenues.

The fact that this beautiful location and the way the game proceeds will have a devastating effect on the psyches of the participants is clear from the way things turned out for many couples in the previous season. Most notable is the story of Morgan and Kaci, who were together before coming on to the show for more than 10 years.

As a final word, we would like to tell you that the location of ‘Temptation Island Season 2’ is as interesting as the show itself. You will get to see a whole lot of natural beauty of the island of Maui if you follow the series. When the series began for the first time, Ambergris Caye in Belize was chosen as the location. Since then, ‘Temptation Island’ has traveled to Roatan, Honduras before settling in on Maui for the revamped series.