Where to Stream Terminator 2: Judgement Day? 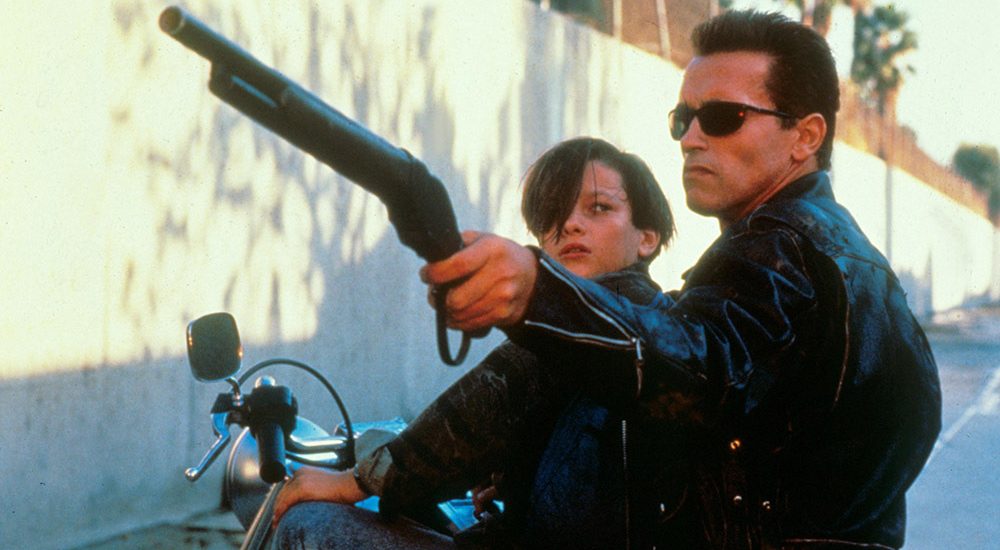 Sequels usually have giant shoes to fill if the first part has been a success. Thus, when ‘Terminator 2: Judgement Day’, or simply ‘T2’ came out in 1991, the movie had its work cut out. James Cameron returned to helm the film that brought back Arnold Schwarzenegger as the titular character. However, the film was in the pipelines for a long time since the technology required to make the movie according to Cameron’s vision was not that well-developed.

When it did come out, however, ‘T2’ made it clear that it was worth the wait and blew everyone’s mind. In fact, at the time of release, it had a budget of $102 million, making it the most expensive movie of the time. Thankfully, the film spoke for itself and critics and audiences all went gaga over it. People touted it as being even better than the first installment, with specific praise being heaped on the visual effects, cast performances, and action sequences. ‘Terminator 2: Judgement Day’ has gone on to become an indispensable part of pop culture that gave us lines like “Hasta la vista, baby”.

Naturally, you must be wondering where to watch this iconic science fiction action movie, or you might want to rewatch this unforgettable installment in the ‘Terminator‘ franchise. Either way, we have you covered as we tell you where you can watch ‘T2’. However, first, let us walk you through the plot.

What is Terminator 2: Judgement Day About?

While we saw the Terminator rushing to kill John’s mother, Sarah, in the first movie, the role is reversed now, as the Terminator must protect John. We see that some time has passed and John lives with his foster parents. His mother has been training him all his childhood to prepare for Judgement Day, which is when Skynet takes over. However, Sarah has now been locked up for trying to bomb a computer factory. We see that Skynet sends another Terminator from 2029, to kill John this time. The model is T-1000 and is made of liquid metal, allowing it to take the shape of any object, which also allows it to turn its own arms into blades and other weapons. The rebel leader John, from the future, also sends back a reprogrammed T-800 (the original Terminator) to protect the kid John.

T-1000 kills and takes the form of a police officer and almost manages to capture John, but T-800 intervenes and the two manage to escape on a bike. When John discovers that T-800 is compelled to follow his orders, he instructs him to rescue his mother, fearing that T-1000 might kill her to get to John. Initially, Sarah is unwilling to trust T-800, considering the ordeal she went through when she first met him. However, they soon understand the value of working together when they witness the ruthlessness of T-1000.

Sarah decides to track down the man responsible for making Skynet, believing that if she kills him she can stop the apocalyptic future. However, she does not have the heart to kill the man in cold blood. T-1000 attacks once again, and the law enforcement agents get involved. Sarah, John, and T-800 somehow manage to pull off the mission of destroying all of the scientist’s research, effectively preventing the future Skynet from being created. This does not solve their current problem in any way since T-1000 is still after them.

A confrontation takes place in a steel mill where the T-1000 is initially frozen using liquid nitrogen and shattered. However, the machine reassembles itself. T-800 and T-1000 break out in a violent fight, where the latter gets the better of the former since it is a more advanced model. It almost shuts down T-800 but the machine comes back to life using emergency power, in one of the most iconic scenes in the film. Just when T-1000 is about to kill Sarah and John, T-800 blasts it into a vat of molten steel with a grenade launcher. The machine also realizes that it must destroy itself to prevent Skynet from being formed and despite John’s orders, it lowers itself into the same vat. The movie ends with Sarah and John hopeful about the future for the first time. They seem to be touched with the way the machine apparently learned from human values, and have refreshed views on human lives themselves.

Now, without much ado, let us tell you where you can watch ‘Terminator 2: Judgement Day’.

Is Terminator 2: Judgement Day on Netflix?

Netflix has an amazing collection of movies that sets it apart as a premier content provider. While ‘Terminator 2: Judgement Day’ is not on the platform, you can check out ‘Under the Skin‘ which is a story about a deadly otherworldly creature using her womanly allures to draw in and kill men.

Is Terminator 2: Judgement Day on Hulu?

Hulu is probably one of the best platforms to be a part of due to its varied content. While ‘Terminator 2: Judgement Day’ is not on the platform, you can check out ‘Annihilation‘, which tells the story of how alien life often combats and rejects human existence to further their own goals.

Amazon Prime is the closest competitor to Netflix in terms of content, but it has one-upped its competitor here. ‘Terminator 2: Judgement Day’ might not be on the platform, but you can check out the first ‘Terminator‘ movie here.

Where Can I Stream Terminator 2: Judgement Day Online?

If you want to watch ‘T2’ elsewhere, you can head to YouTube, Vudu or FandangoNow, where you can rent or buy and watch the movie. It costs $2.99 and $3.99 to rent the SD and HD versions on YouTube and FandangoNow. You can buy it on Vudu for $6.99.

Can I Stream Terminator 2: Judgement Day Online For Free?

Sorry freeloaders, but there is no way to watch ‘Terminator 2: Judgement Day’ for free. Moreover, we recommend paying for all the art you consume.