Where to Stream Tesla? 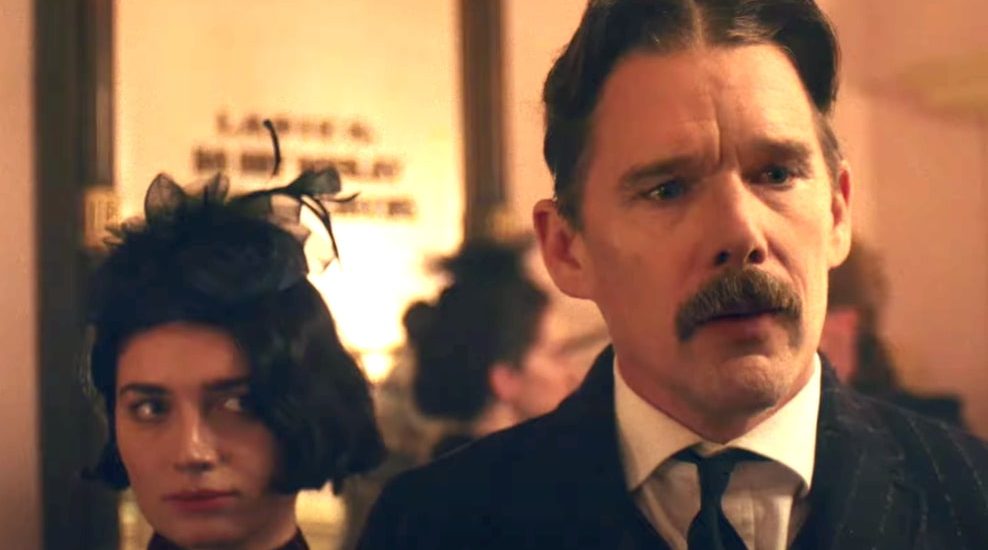 The fantastic Ethan Hawke plays the prodigious American inventor Nikola Tesla in the biographical film. As one can understand, ‘Tesla‘ is all about the inventor’s mind, his struggles to change the world, and his interactions with contemporaries who were brilliant in their own right. The film’s bold approach has been lauded, even though some have said it doesn’t pay off at all times. Naturally, this is not a movie you’d want to miss, especially since Tesla’s such a fascinating individual. Curious to know where to stream ‘Tesla’? We’ve got you covered and will also tell you a bit about the film.

What is Tesla About?

‘Tesla’ is a stylized take on the life of the great inventor and explores his relationship with the giants of his time, like Thomas Edison, George Westinghouse, and Anne Morgan. Tesla’s Prometheus-like task of modernizing electricity forms the crux of the tale. In an anachronistic manner, the biography breaks the fidelity to the period by showing characters using laptops or cell phones, and there’s even electronic music. While these aspects gel well with our current society, the film seeks to draw our attention to the fact that the pioneer had rightly predicted these all that time back.

Is Tesla on Netflix?

Netflix has a commendable roster of films that covers different genres. When it comes to biographies too, viewers are not likely to walk away dissatisfied. While ‘Tesla’ is not on Netflix, you can check out ‘The Social Network.’ David Fincher’s film is regarded by many to be one of the finest takes on Mark Zuckerberg, the man who changed social media as we know it. The inventor of Facebook is held up in all his glory, and shortcomings in this tale.

Is Tesla on Hulu?

Hulu stays ahead of the curve by making smart additions to the platform. ‘Tesla’ is not available for streaming by subscribers even though the platform has some excellent biographies. We suggest ‘Loving Vincent,’ the painstakingly made movie where each of the artist’s paintings come to life. The visually rich story also takes us on the journey where we learn of Van Gogh’s passions and his mysterious death.

Is Tesla on Amazon Prime?

Amazon Prime sources content from around the world to maintain a well-stocked library that can cater to almost all fans. It sets the streamer apart as a favorite among many. For now, Prime subscribers cannot watch ‘Tesla’ as is, but you can buy or rent, and check out the film. See it here.

Where to Watch Tesla Online?

If you are not subscribed to major platforms, you might be wondering whether you can stream and watch ‘Tesla.’ Well, head to Vudu, Microsoft Store, or the iTunes store to buy or rent and watch the movie.

Where to Stream Tesla Online For Free?

At the moment, ‘Tesla’ can only be watched if you rent or buy it. To view it for free, you have to wait till it arrives on a platform with a free trial period. However, we urge readers to pay for all art they consume.