Where is Tessa Lewis From Netflix’s Deaf U Now? 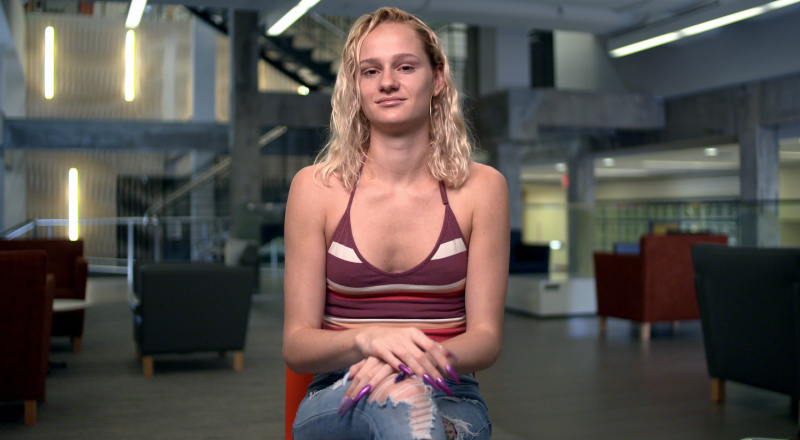 After winning ‘America’s Next Top Model’ in 2015, Nyle DiMarco has certainly enjoyed his fair share of success. But what is even more amazing is that he is using his platform to bring the stories of the deaf community to our TV screens through Netflix’s ‘Deaf U.’ The docuseries explores the students of Gallaudet University as they go about leading a rather typical college life.

As the episodes keep rolling, you learn that the University has its own unique culture, and gossip constitutes a major role. The campus life is quite conventional concerning the student body. From romantic ordeals to finding where they belong, the cast navigates many problems in the show. One person definitely stands out in the entire series, and that is the resident popular girl, Tessa Lewis. Let’s find out more about her!

Tessa hails from a financially strong family, and her mother is a doctor. What is even more interesting is that she was considered to be from an “elite” background, since the past five generations of her family have had an auditory disability. There is no denying that she gave out a “Queen Bey” vibe throughout the series. When Cheyenna uploaded a fashion related video on YouTube, the entire clique watched it and judged her. Tessa also stated that the reason Cheyenna had so many followers was that she pandered to people from the hearing community.

Later, she also said that the deaf community is small, and if someone got shunned, they would have nowhere left to go. In the third episode, we learned that both Tessa and Alexa grew up in Fredrick, Maryland, and had known each other since they were kids as they were joined at the hip. However, life happened, and the two gradually started going their separate ways.

Still, Alexa wanted to talk about her abortion with Tessa as they did share a close relationship at one point in time. Tessa was a bit concerned, but she was not surprised at this news because she felt that Alexa had been all over the place recently. Plus, the “elite” girl spoke to the interviewers about how gossip could spread really fast on campus, because of which, it felt as though Tessa was not too motivated to support Alexa. (But at the same time, we feel that it is important to give her the benefit of the doubt since we are not privy to conversations behind closed doors).

Where is Tessa Lewis Now?

The 23-year-old is active on Instagram, and Tessa’s profile revealed that she is now a graduate of Gallaudet University. You can also check out some of her photos from a trip to Thailand. Apart from this, she uploads videos of herself translating songs into ASL, which make for an informative and entertaining watch. It also seems that after her appearance on ‘Deaf U,’ she could totally pursue a career as an influencer and apprise her followers about the deaf community.

Read More: Where is Rodney Burford From Deaf U Now?