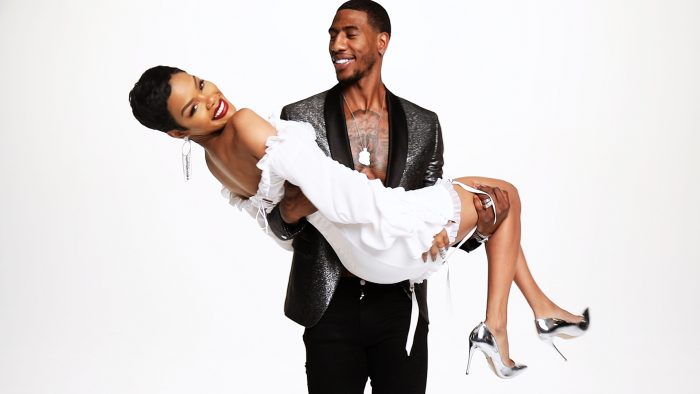 Teyana and Iman is an American reality television show which first premiered on 26th March 2018 on VH1. The show gives us an insight into the lives of the newlyweds Iman Shumpert and Teyana Taylor. Teyana is very obnoxious and funny whereas Iman is pretty chilled out person who loves Teyana’s obnoxious behaviour. She is a singer, model, dancer as well as an actress. Iman is an NBA player as well as a musician. They are seen redefining and reviving the contemporary idea of a modern version love story. They also have an unbreakable bond, share immense feelings and an unconventional romance in their lives. Their passion for each other grows by the day as they take part in fashion, sports and music together. They take care of each other, support each other’s career, indulge in playful humour and much more. The 30 minutes show also features some mushy and hot moments between them.

This show offers an intimate look inside their life. They got married in 2016 and Teyana gave birth to Tayla Iman Shumpert Jr., also known as Junie. Viewers can see them maintaining a proper balance by raising their daughter and managing their marriage and respective careers. The series also showcases a 360-degree view of the family during big events like red carpet events as well as New York Fashion Week. This show isn’t the first for Teyana. In 2007, she had also been a part of MTV’s My Super Sweet Sixteen. From participating in a teen show to being in a supermom reality tv series, her journey has been very glorious.

Teyana and Iman Season 2 Cast: Who is in it?

The main cast for this series includes Teyana Taylor, Iman Shumpert and Tayla Iman Shumpert Jr. (Junie). Stay tuned for further updates and to know more about an additional cast if any.

Teyana and Iman Season 2 Plot: What is it about?

In the previous season, Teyana Taylor and Iman Shumpert try to balance their marriage and careers while raising their toddler, Junie. They are 24/7 under the pressure of media, so they have to do their best to look like a perfect family. Iman wants Junie to learn swimming and Teyana has a fear of water. Later on, Teyana visits her old neighbourhood located in Harlem, New York. She takes a trip for a business venture in that neighbourhood. Teyana directs a music video “Seduction” which is sung by Iman. The next day, Teyana gets nominated for Video Music Awards (VMA), and Iman tells viewers to vote for his girl. In the New York Fashion Week, Teyana gets ready to slay in a runaway event. Junie is suddenly rushed to the hospital when she gets an eye infection. Entertainer Teyana Taylor and professional athlete Iman Shumpert get busy in the career. They also go through thick and thin to stay steady with all that’s going in their lives. Teyana and Iman try to spend some time together before Iman heads back for the new season of basketball.

Teyana and Iman Season 2 Release Date: When will it premiere?

Although VH1 has not rolled out an official confirmation, one source, the website TheJasmineBrand is positive that Teyana Taylor and husband Iman Shumpert will be back with another season of their reality show, Teyana & Iman. It also claims that the filming of the show has begun. Let’s hope the news is true and pray VH1 confirms it ASAP and releases an air date. Stay tuned for more updates.

Here is a sneak peek from season 1.