When Will ‘Teyana and Iman’ Return to VH1? 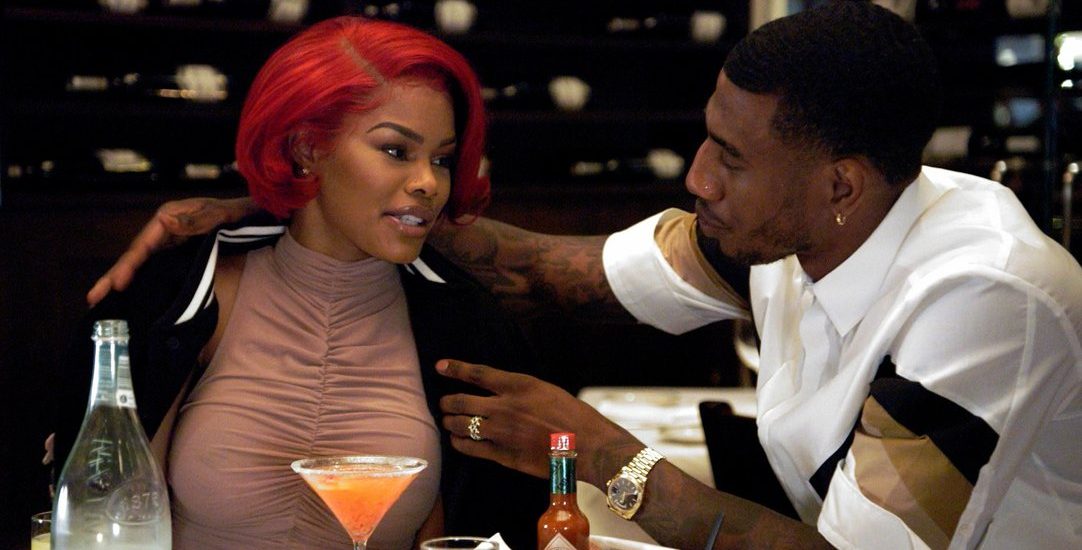 Reality shows involving celebrity personalities have graced our TV screens since the dawn of television. ‘Teyana and Iman’ is a reality show that features two popular celebrities, Iman Shumpert and Teyana Taylor who have recently tied the knot. The show follows them as they try to form a deep bond, get closer to each other, and in the process start reshaping the idea of a love story.

The show explores their romantic relationship in an unorthodox way. They participate in different activities like music, fashion, and sports which increases the entertainment value of the show and immerses its viewers into a world of real-time spectacles.

The series premiered on March 26, 2018, in VH1. All the episodes of the show have a running time of 30 minutes. Now the question is, will there be a ‘Teyana and Iman’ Season 2? Let’s find out!

Teyana and Iman Cast: Who’s in it?

The main cast of the series includes Teyana Taylor who was previously a part of the MTV show ‘My Super Sweet Sixteen’. Teyana is a popular face in the entertainment industry. She is a model, dancer, and singer by profession, while her husband Iman is a professional basketball player who plays in America’s top division, NBA, and is currently playing for the Brooklyn Nets. The couple’s daughter Tayla Iman Shumpert Jr. (Junie) also stars in the show along with them.

What is Teyana and Iman About?

The first episode of the show gives us a glimpse of the hectic life of Teyana Taylor and Iman Shumpert. We get to observe their daily chores, as they try to strike a balance between their professional and personal lives. Amidst all this, they are shown to be very loving and caring towards their daughter Junie. Being a celebrity kid comes at a price as she is always thrust into the limelight, and her parents must take extra precautions to give her a simple childhood just like any other kid.

The next episode deals with Junie, as she is growing up and tries to learn swimming. In order to give her child proper lessons in swimming, Teyana steps out of her comfort zone and takes Junie swimming. In the third episode, we see Teyana directing a music video for Iman which is to be presented to “Seductive”.

The couple shares a moment of euphoria when they hear the news about Teyana’s nomination for a VMA for directing the aforementioned music video. An ecstatic Iman tells the whole world that how proud he is of his wife’s achievement and appeals to everyone to vote for her.

The series continues as we get to know more about Teyana, who is a top-class model. After walking in every major fashion week, she now sets her eyes towards the New York Fashion Week. An unexpected situation arises when little Junie gets an infection in her eye. As expected from a dutiful mother, Teyana takes her name out of the competition.

In the subsequent episode, they go out camping. This time Teyana gets into a problematic situation as she injures her leg while camping outside. Her injury gets severe and she wears a leg brace and then moves on to participate in the Hip Hop Honors.

All this while, Iman was able to put in the time with his wife because his basketball games hadn’t started yet. With the latest NBA season fast approaching, he has to focus on that and keeping that in my mind, the couple tries to have a memorable closure to their time together, so that it can have a lasting impact on Junie’s mind.

Teyana and Iman are seen redefining and reviving the contemporary idea of a modern version love story. They have an unbreakable bond, share immense feelings, and enjoy an unconventional romance in their lives. Their passion for each other grows by the day as they take part in fashion, sports, and music together. They take care of each other, support each other’s careers, indulge in playful humor and more. The 30-minute epis0des also features some mushy and hot moments between them.

Teyana and Iman Season 2 Release Date: When will it premiere?

‘Teyana and Iman’ Season 1 premiered on March 26, 2018, on VH1, and ended on April 30, 2018. Since then, we have all been waiting for the creators of the show to provide an update on the status of the show. There were reports of trouble in the couple’s relationship back in January 2019.

For a show like ‘Teyana and Iman’, cracks in romance become a deciding factor in the cancellation of a series as neither party displays an interest in working with the other. We hope that isn’t the case here. However, we have no concrete news in this regard. We can expect an announcement from VH1 on the ‘Teyana and Iman’ Season 2 release in early 2020.

While waiting for further updates, you can get a sneak peek here to see what the show is all about.