TIFF 2016 has come to a close for me. I had, as always, a great time watching, what will be, some of the year’s best films. Among the many that I saw, these 10 stood out. Under each film, I have described the film’s best moment.

1. MANCHESTER BY THE SEA 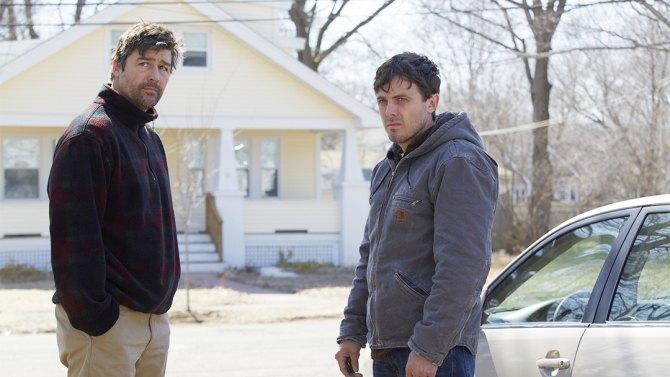 A stunning, soul draining scene when Randi (Michelle Williams) confronts her ex-husband Lee (Casey Affleck) on the street and old wounds flare up as she tries to tell him she forgives him and still has love for him. You can feel the ache in each of them and know that it is a wound that will never heal itself for as long as either one of them are alive. BY this part of the film we too know what has so horribly hurt them and altered the course of their existence and understand why Lee cannot beat it and never will. He tells her there is nothing where his heart once was. This single scene should earn both actors Oscars, he for Best Actor, she for Supporting Actress. Read Review In a stunning sequence set on a jammed freeway headed into downtown Los Angeles at Christmas time, a woman begins to see out loud in her car. She gets out and begins dancing up the freeway followed by others who follow her.The pure joy in her movements and singing is infectious and we cannot take our eyes off the screen.  Before we know it there are hundreds jumping out of their cars, dancing and singing for miles to see in this colorful and breathtaking sequence you cannot quite believe is happening. A masterpiece of direction, choreography, cinematography, design, scoring  and performance. Read Review 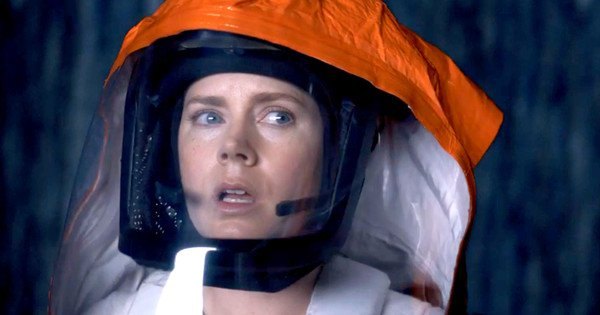 Louise (Amy Adams), visibly shaken as she is taken inside a ship built millions of miles away in another galaxy by an intelligence far beyond ours, and comes face to face with extraterrestrials to learn their language and teach them how to communicate with us. She shakes, her knees buckle, and yet she does what she is brought there to do, establish some rudimentary form of communication. Unlike any sort of alien film we have seen, though it owes its roots to Close Encounters of the Third Kind (1977). The paralyzed awe, fear and wonder Adams brings to the scene is astounding. Read Review Chiron, is a sad eyed person, with reason living the life he has lived, trying to discover his place in the world. Being raised by a crack addicted mother, played as horrific and pathetic by Naomie Harris in a great, seething performance, he is a pariah in his own world. He is like many young black men in America, looking for a father figure, a family, love, a life all at the same time struggling with his sexuality.  The character speaks of crying so much in his life he could all but turn to liquid and become part of the ocean, and we see why. Read Review 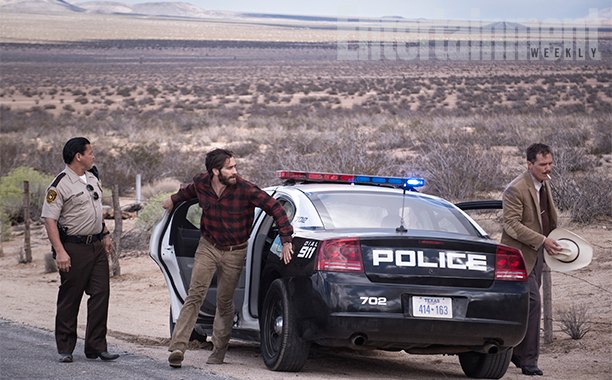 Having read her first husbands novel, she is impressed, she invites him to dinner, which he anxiously accepts. There in the restaurant Amy Adams, dressed to impress, perhaps even to rekindle waits, and waits, and waits. And in waiting she comes to understand just what a work of revenge his novel is, who she is in the book, and that he is clearly no longer weak. To write what he did, and to do to her what he does, no weakness is not who he is at all. Read Review Two sequences, the first as Jackie Kennedy (Natalie Portman) explains to a reporter what it was to be in the backseat of the car when her husbands head exploded all over her, the terror she felt, the sadness that enveloped her. She recreates the grisly moment JFK was killed and what it was through her eyes. The second is a sequence where she explains with steely resolve that she will walk behind the casket through the streets whether the Secret Service wants her to or not. Portman dominates the film with a breathtaking performance. Read Review

7. THE BIRTH OF A NATION 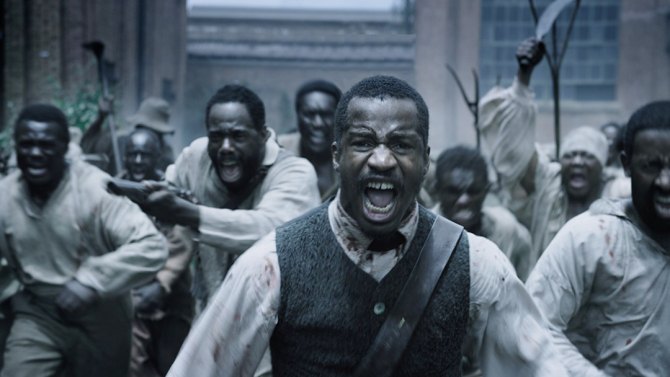 At a meeting in the woods, past midnight a group of slaves make the decision to wage war against their masters for the abuse they have endured. Simple, though the performances give the sequences great weight and power. Watch the growing dawning of the men as they realize what Nathan is asking of them, and their realization they will go along with him. So much about listening….and so few actors ever master that. Read Review Lying on her deathbed, a mother, portrayed with stunning realism by Felicity Jones talks to her son in the final conversation they will ever have. It is heartbreaking and shattering, and yet it is accurate, her look, her sound, her emotion. Later while searching through one of her sketch books he finds a drawing of a monster that came to visit him at night and realizes his mother and he are bound by far more than blood. Truly haunting. Read Review With a horrible gradual dawning young Edward Snowden (Joseph Gordon-Levitt) comes to realize the branch of National Security and the CIA are monitoring conversations on cell phones and computers, all conversations from around the world including those of private US citizens. The heartbreak on his face that his government, whom he serves is corrupt guts him and forces an action that will impact his life forever. Read Review The mist over Auschwitz envelopes the camp as dawn comes. Gradually the mist causes condensation on the barb wired fence that was once electrified to keep the Jews in place. A drop of water forms, ice cold, like a tear, a tear wept from the millions who were massacred at this death camp. And David Irving (Timothy Spall) portrayed with amicable charm by Timothy Spall insists the Holocaust is a myth. Read Review