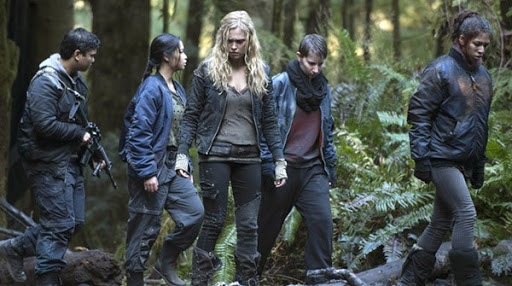 ‘The 100’ season 7 episode 2 sets the pace just right — something we had been hoping for all this while. The story reveals many crucial bits of information. We learn about Hope’s past, her connection to Octavia, and also about certain mysteries hidden inside The Anomaly. More on that later! Now, for fans who have already finished watching the second episode, here’s a rundown of the release and streaming details for the next episode.

Titled ‘False Gods’, the upcoming episode’s official synopsis gives us further insights into the story. It says: “As Raven faces an unexpected threat, Clarke must keep the peace among opposing factions in Sanctum.” You can also watch its official promo below:

You can catch up on the latest episodes of ‘The 100’ by tuning in to your tv screens every Wednesday evening at 8 pm Eastern. Needless to say, you will require a cable subscription. Episodes, shortly after their tv premiere, will also be available on The CW website and app.

Previous seasons of ‘The 100’ are currently streaming on Netflix US. In several countries, fans can watch new, weekly episodes on the streamer. However, US viewers will be able to binge season 7 after it finishes airing on The CW, i.e sometime around September 2020. You can also live-stream The CW with an active subscription to Hulu + Live TV, Fubo TV, and AT&T TV NOW. Finally, you can rent already released episodes on Amazon as well.

In episode 2, we learn about Hope’s past through a series of flashbacks. It is revealed that Octavia was inside the Anomaly for three months. During this period, she met Diyoza in the woods and the two unlikely allies started training Hope on survival skills. However, Diyoza was skeptical of Octavia traveling back through the Anomaly to save Bellamy. She destroyed one of Octavia’s helmets that were essential for her journey. She said: “Hope needs you. I need you, too. Is that what you want to hear? Your brother left you to die. Why are you so eager to run back to him? Why aren’t we enough?”

Finally, Octavia was successful in escaping from the mysterious planet named Beta. When she and Diyoza were captured by “The Disciples,” Octavia found out a way to leave. We do not yet know how Hope reached Sanctum. In the current timeline, she lands on Beta with Echo and Gabriel and goes back to her cabin. Meanwhile, Gabriel gets hold of a mind drive in the skull of an Eligius corpse. The device contains clips of Becca and it reveals that time moves differently on Beta since it is close to a black hole. In this drive, there are also recordings about how to crack the Anomaly Stone. And at this exact moment when the crew is just about to go back home, someone creeps up from behind and smashes the device to pieces.