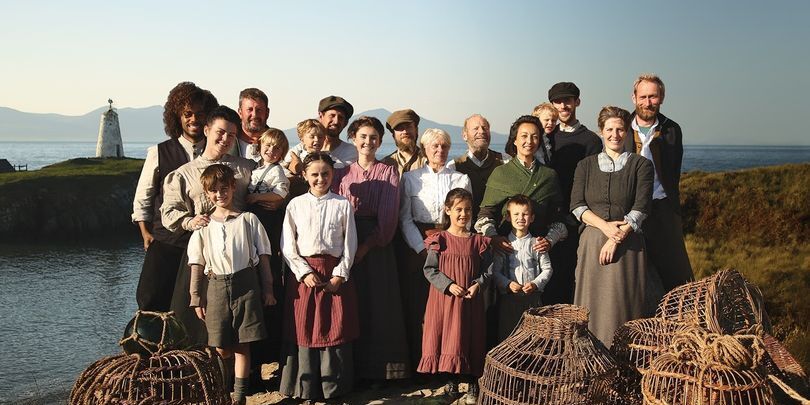 ‘The 1900 Island’ is a Welsh reality docu-series that revolves around four families who go through life as if they are actually living in the 20th century, in a fishing village of the Victorian-era to be precise. They go about their days, hunting for food, farming, fishing, finding means to provide for the family, etc. with an aim to re-inculcate basic core values that we tend to forget in today’s fast-paced world.

‘The 1900 Island’ received favorable reviews from the audiences as well as critics, who lauded the show for its historical accuracy and for creating a stimulating experience that is raw and intense at times but thoroughly insightful.

It is hard to live in history, especially when we are so addicted to the modern means of lifestyle. The show provides a deeper understanding of the things that we tend to take for granted in our everyday life, by showcasing the obstacles that the four families have to tackle, while gathering basic necessities like food, clothing, running water and shelter. If you’re a fan of the minimalist lifestyle, you would love this observational adventure.

Now, with the show’s inaugural season having come to an end, here’s what we know so far about ‘The 1900 Island’ season 2.

The 1900 Island Season 2 Release Date: When Will it Premiere?

When you look at the concept of this series, it looks like a one-off project. The whole show was filmed in 2018 and was developed as the seventh UK sequel to another reality title, ‘The 1900 House’, which has given rise to multiple other single-season spin-offs — all set in different locales and distinct time periods.

Hence, we are sure that we will see more from the 1900 franchise — but with a slightly changed premise. Even the title may not remain the same. Until more updates are revealed, you should also know that the inaugural season took 15 months to be filmed and edited. So, if a renewal happens, we can expect ‘The 1900 Island’ season 2 to premiere not earlier than May 2021.

The participants of ‘The 1900 Island’ comprise the following:

The Powers – A Welsh-speaking family from Cardiff.

Arwel John and Kate Evans – A couple from Swansea.

Apart from the families, the cast members also include Yannick, a Spanish sailor who lives with the Barkers; Seasoned sailor Stuart Gibson; Fisherman Mickey Beechey, who teaches some fishing techniques to the men; Fishmonger Mike Heard who buys the fishes from the men; among a few others.

The show chronicles the daily activities of four families – the Powers, the Davies, the Barkers and Kate Evans and Arwel John – who agree to live a 20th-century life for a month. They form a Welsh fishing community on Llanddwyn Island in Anglesey and live in houses made of stone, with no food and electricity.

Every day is a challenge as they face numerous difficulties to sustain in the new development. The hindrances in their newly adopted life range from unfavorable weather conditions, low supply of fishes in the sea, low rations, to lack of proper medical assistance, etc.

The children go to a school set up by the unit but have no way to entertain themselves. All the women are exhausted by tending to endless domestic chores. As the show progresses, their spirit gets clouded by hunger and other survival needs.

As Gavin Davies (man of the Davies family), struggles to make ends meet and has hardly any ration left to feed his family, Lydia organizes a charity wherein the neighbors gift food supplies to the Davies family, but not everyone chips in. A cargo ship arrives and a sailor drops off, joining the Barkers and assigning the men, a chance to earn something.

Towards the end, the men go a 3-day fishing trip, and the weather turns intemperate, causing the men to strive to catch even one fish. While their families are on the edge of their seats, completely unaware of the whereabouts or safety of the men. In the final week, the families are at the brink of their patience, counting down days to head back to their home, to their urban cities. Do they survive the environmental and periodical pressure or leave the show before time? Watch the season to find out.