Where to Stream The 2nd? 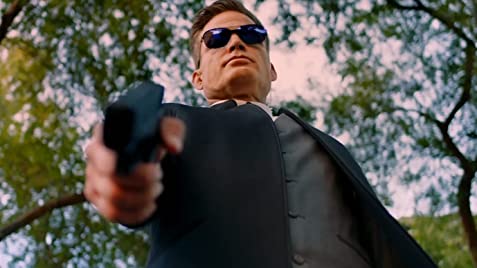 Action movies are a staple in any film industry, and nobody pulls off the genre as well as Hollywood, in recent times. With explosions, fights, and edge-of-the-seat twists, the films become a sheer entertaining experience. ‘The 2nd’ is the latest entry that demands our immediate attention. It follows a Secret Service agent, who’s on his way to pick his son up from college. In the process, he finds himself in the middle of a terrorist plot. The father-son duo is estranged, but the trial by fire might be just what they need to find their ways back to each other. Curious to know where to stream the film? We’ve got you covered, but first, let us tell you a little more about the story.

What is The 2nd About?

Vic Davis is a secret service agent who’s on his way to pick up his estranged son from college. A routine trip turns into a deadly affair when a terrorist cell targets the daughter of a Supreme Court Justice, who’s Vic’s son’s friend. As the villains are relentless in their attempts to kidnap the girl, Vic realizes that help is far away, and he must rely on his skills to save the day.

Is The 2nd on Netflix?

Netflix maintains an appreciable roster of films and shows, and it can cater to all kinds of viewers. ‘The 2nd’ might not be on the platform, but that doesn’t mean you can’t enjoy high-octane action. Check out ‘Extraction,’ the Chris Hemsworth movie, where he plays the role of a mercenary sent to Dhaka to extract the kidnapped son of an Indian druglord. However, the mission turns out to be more than what he bargained for, as the assassin might have to make the ultimate sacrifice to find his salvation.

Hulu stays ahead of the competition by continually making additions to its roster. As a result, subscribers are rarely dissatisfied. ‘The 2nd’ is not on the platform, but you can check out ‘From Paris with Love.’ It follows a desk agent for the CIA who wishes for field-duty. A golden opportunity falls in his lap when he’s asked to assist a trigger-happy operative. Things soon turn sour when the hunters become the hunted, and the two men must stick together to get out of the situation alive.

Is The 2nd on Amazon Prime?

Amazon Prime sources content from all around the world. Thus, viewers have access to a wide variety of films and shows. ‘The 2nd’ isn’t available to Prime subscribers, but you can buy or rent and watch the movie on the platform here.

Where to Watch The 2nd Online?

If you don’t have access to Amazon Prime, there’s no need to worry. You can buy or rent ‘The 2nd’ on different VOD platforms like Vudu, FandangoNow, Google Play, or iTunes.

Where to Stream The 2nd For Free?

Sorry, but there’s no way to stream ‘The 2nd’ online for free at the moment. You have to wait until it arrives on a platform with a trial period, but we urge readers to pay for the art they consume.