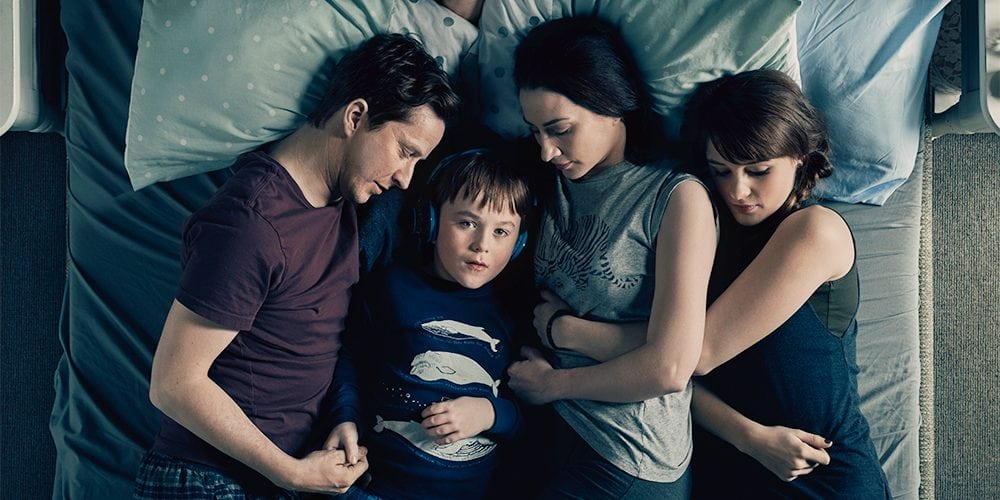 ‘The A Word’ is a British drama television series that airs on BBC One in the UK and on Sundance TV in the US. Created, developed, and written by Peter Bowker, the show is based on Keren Margalit’s Israeli series, ‘Yellow Peppers’, and follows a young autistic boy and his family as they deal with his autism.

A not-so-recent show, Season 1 of ‘The A Word’ premiered on March 22, 2016, and received positive feedback from television critics and viewers alike. Unsurprisingly, BBC renewed the show for a second season, which premiered one-and-a-half years later on November 7, 2017. Season 2 also met with positive responses, and since it aired, fans of the show have all been desperate to hear news about a third season. Here’s everything we know about it thus far.

The A Word Cast: Who is in it?

In the show, Max Vento plays the role of a 7-year-old autistic boy, Joe Hughes, while Lee Ingleby and Morven Christie play the roles of Joe’s parents, Paul Hughes and Alison Hughes, respectively, and Molly Wright steps into the shoes of Joe’s half-sister, Rebecca Hughes.

Other cast members who get considerable screen time in the show include Pooky Quesnel as Maurice’s music teacher and lover Louise Wilson, Matt Greenwood as Rebecca’s best friend Tom Clarke, Thomas Gregory as Rebecca’s ex-boyfriend Luke Taylor, Daniel Cerqueira as the Hughes’ family doctor Dr. Graves, Julia Krynke as Joe’s babysitter Maya Petrenko, Lisa Millett as Joe’s speech therapist Maggie White, Ralf Little as Rebecca’s biological father Stuart, and Aaron Pierre as Rebecca’s boyfriend James Thorne. Further, George Bukhari and Lucy Gaskell play the roles of Terry Norris and Sophie Berwick, who are workers at Paul and Alison’s eatery, and Adam Wittek, Tommie Grabiec, Abby Ford play the roles of David Nowak, Pavel Kaminski, and Sally, who work at the Scott’s brewery. There are a few other cast members too, but we aren’t listing them all.

If the show does get renewed for a third season, we expect most of the aforementioned cast members to make comebacks and reprise their roles. If any addition to the cast is announced, we’ll be sure to update this section to reflect the same.

The A Word Plot: What is it about?

The plot of the show revolves around the Hughes and their extended family as they come to terms with and deal with Joe’s autism. From the age of five, Joe starts displaying clear signs of communication problems and also starts to isolate himself from others. He spends most of his free time listening to pop music, and despite having encyclopedic knowledge about songs and lyrics, he fails at social interactions. As he grows older, Joe gets increasingly ostracized by his peer group, but despite all these signs, his parents remain oblivious to the fact that something might be wrong with him.

In fact, Joe’s parents are so desperate to evade the fact that he might have problems, that they prevent other family members with good intentions from intervening. Finally, Joe’s grandfather Maurice learns that Paul and Alison have been taking the boy to the hospital for his communication problems. Although Paul and Alison are initially of the opinion that Joe has hearing problems, they soon learn otherwise when a specialist diagnoses Joe with autism. With Joe’s problem now out in the open, the show follows how the young boy, along with the rest of his seemingly dysfunctional family cope with the news and learn to accept this new reality. As the show progresses, it tracks how Joe changes with time and learns to accept his condition. At the same time, the show also tries to show what autism means for people who don’t understand it, and how the presence of an autistic child affects a family and people around him.

While there have been multiple shows about autism, ‘The A Word’ is one which is an extremely emotionally nuanced take on it. Well written, smart, and boasting powerful performances by each of the cast members, ‘The A Word’ is undoubtedly one of the gems you can find on television, and it has considerably grown in stature and quality with each passing episode.

Unsurprisingly, television critics have heaped praise on the show – for instance, while reviewing Season 2, The Hollywood Reporter wrote, “As we get more of Joe’s world, we get more of the people in it. ‘The A Word’ benefits greatly from the expansion, cementing itself as an emotionally astute, smart and funny series just waiting to be discovered.” On review aggregator website Rotten Tomatoes, ‘The A Word’ has a great score of 84%, while it enjoys a good rating of 7.8/10 on IMDb.

The A Word Season 3 Release Date: When will it premiere?

Season 2 of the show premiered on November 7, 2017. Although it has been quite some time since then, BBC has not announced a Season 3 yet. That being said, there’s no reason to be disheartened as of now, as cast member Lee Ingleby has hinted that writer Peter Bowker has a third season in mind. Last year, Ingleby was quoted as saying, “We’re hoping it [the show] will be back. Peter Bowker wants to pick up the story two years later. It’s not a straightforward continual. He wants to continue the story from when the little boy is grown up so it presents itself with new challenges, and seeing him going through his growing pains and discovering who he is in a world where he doesn’t know how it functions properly. That’s the hope.”

Our best guess is that if the show does get renewed ,‘The A Word’ season 3 can release sometime in 2020. We will update this section as soon as we hear more.

The A Word Trailer:

While we wait for an update on season 3, check out the trailer to refresh your memories. If you haven’t seen the show yet head over to Sundance TV to catch all the episodes of the previous seasons