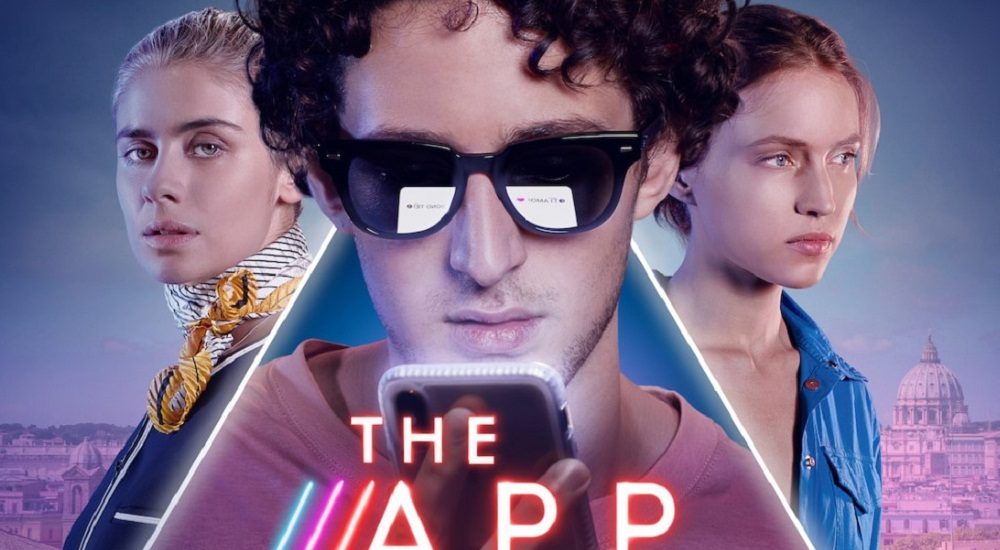 Set in a postmodern pastoral world, ‘The App’ plunges into several ideas at once: from the exploration of one’s addiction with technology to religious fanaticism that many engross themselves in. However, as much of a spellbinding psychological thriller it may initially seem, it leads to a rather rushed conclusion which brings a muddled unpleasant end to all of its lingering plot points.

The film, for the most part, is a contemporization of the myth of Echo and Narcissus and explores how in the modern world—where the idea of falling in love is ruled by mere “algorithms”—we’re all doomed to shallow relationships. The idea that it presents is undoubtedly quite intriguing and its nagging mysteries make you stay throughout its flaccid runtime. But eventually, the result falls short of being convincing or moving in any possible way.

‘The App’ begins with the introduction of two of its main characters, Nick (Vincenzo Crea) and Eva (Jessica Cressy), who are a young loving couple. Nick is an aspiring actor and also a rich scion of the family of renowned industrialists, while Eva is a psychology student. Before he leaves for the filming of his first film, Eva convinces him to download a dating app called “Noi”, only to get his insights for her upcoming thesis on the same.

Nick unanimously agrees but shows no interest in any of the requests that he gets from other girls. As he begins the filming of his upcoming film, a woman named Maria starts texting him, and before he knows it, he falls madly in love with her. With this, his life, his career and pretty much everything that he previously stood for, begins to crumble because of his platonic relationship with a woman he has never seen.

Initially, ‘The App’ comes off as one of those typical stalker thrillers, but still keeps you involved while presenting the dispositions of all of its characters as riddles. But the more it progresses further towards its moments of a “final revelation”, it gets blatantly compromised. When it comes to evoking suspense in the mind of a viewer, it almost does everything right but this, in turn, makes it eventual sell-out a bit too evident. The plot initially ascends at a good understandable pace but soon, it falls victim to vanity and forced lines which make its climax not as impactful as it is meant to be.

The major highlight of the film is its lack of any “gotcha” moments. Surprisingly, even without creating unnecessary sub-plots, it keeps you engaged and you’re always guessing about what you know and what you think you know. Moreover, even the film’s cinematography is quite unique and is often portrayed in a way that it gives you a surreptitious view of the main character through the camera of his own mobile phone. This reflects on the underlying themes of the film and makes sense much later. This trope, in a lot of ways, also reminds you how the entire story is only being portrayed from the perspective of Nick.

Speaking of Nick, his descent towards obsessing over the woman he meets online seems a bit too abrupt, but at the same time, it also tells you a lot about the character. Even while shooting for his film, he can’t help but wait to hear the voice of his newfound “love” Maya. And while he obsesses over this woman he has never met, he completely ostracizes his own girlfriend. Through this, the film meticulously frames a love triangle which is more or less of an allegory for how, in real life, instead of focusing on what we have in the present, many of us are distracted by our ubiquitous smartphones.

As interesting as all of it may seem, its involvements of several narratives and lack of character development eventually leads to its downfall. What could have been one shocker of an ending, simply feels bland and colorless because its plot only manages to scratch the surface of all the creative notions that it presents. To put it simply, the film’s execution is a bit too simplistic than it initially promises to be and it entirely rests on a structure that is very fragile.

Though I wouldn’t say that it’s exactly like Joaquin Pheonix’s ‘Her’, ‘The App’ does run along similar lines. And if we compare the two films, one major aspect that makes ‘Her’ such an exceptionally beautiful film is how it stays true to what it sets out to be. Whereas, ‘The App’ tries to be way too many things at once. As a viewer, I wanted to see the inner working of the minds of the characters but unfortunately, the psychological explorations took a back seat while it was trying too hard to be realistic. And clearly, the creators of the film had the intelligence to do so but they just ignored those avenues. As a result, the big scene of revelation and truth just seems unfinished and shorthanded, collapsing into a not-so-satisfying melodrama.