The Artful Escape: Everything We Know 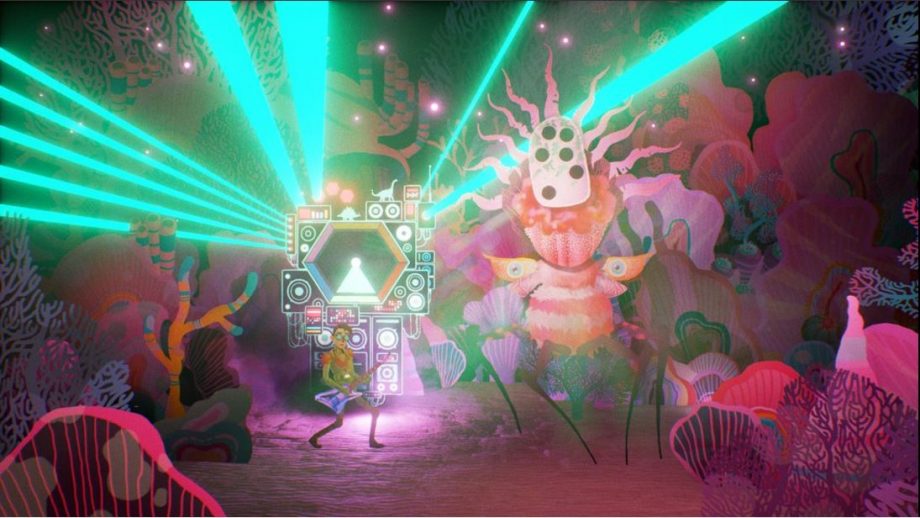 Platform games on PC are a dime a dozen these days, so much so that even good platform games often get looked over because of the sheer saturation in the genre. In such a competitive climate, it takes a truly unique and intriguing premise to hook players and generate sufficient interest.

Whether it is the aesthetic, gameplay mechanics or story, the platformer genre is fertile ground for innovative and quirky new ideas. One such game is the upcoming new musical platform title ‘The Artful Escape’ from indie studio Beethoven & Dinosaur, which incorporates the creative and aural pleasures of compositing music in real-time during a soothing journey through an ethereal world. Read on to find out everything we know about ‘The Artful Escape’.

The Artful Escape Gameplay: What to Expect?

While a fantastic musician in his own right, Francis struggles under the weight of expectation that comes with being the nephew of such an iconic person. On the eve of his first major public concert, Francis decides to take off on a magical journey far away from London in order to step out from under his uncle’s shadow and forge his own identity.

The webpage for ‘The Artful Escape’ describes it as follows:
“On the eve of his first performance, Francis Vendetti battles with the legacy of a dead folk legend and the cosmic wanderings of his own imagination. Francis, a teenage guitar prodigy, sets out on a psychedelic, multidimensional journey to inspire his stage persona.”

In terms of gameplay, ‘The Artful Escape’ is a platformer with a unique musical twist. You play as Francis as he runs sideways and jumps into a music-infused landscape. There is also a double jump mechanic present. As you hurtle through space, you can press various buttons to play music.

There is no correct order to the notes and you are free to jam however you like. The game’s detailed backgrounds also lend themselves very well to a transcendental symphonic experience. However, Francis’ guitar is not just a purely narrative mechanic; it also has real in-game functionality. Certain notes bring about unique effects such as creating new platforms and can be vital during the game’s boss fights.

As you explore the world of ‘The Artful Escape’ you will encounter strange creatures that you can analyze in order to learn the sound signature. You can then compose your very own soundtrack for the game using the various sound samples you collect during gameplay.

The general vibe of ‘The Artful Escape’ is largely interpretive, much like the game’s music. On your journey, you will encounter dead folk singers, lingering shadows, naked Space Gods, hallucinogens, reptile shops, wild imaginations, and other such peculiarities borne of personal imagination.

According to Galvatron, ‘The Artful Escape’ is like “David Bowie traveling off from London on an interstellar trip to create Ziggy Stardust”. The art style of the game is inspired by the works of iconic filmmakers such as Stanley Kubrick, Wes Anderson, and Steven Spielberg. Francis Vendetti’s celebrated uncle, Johnson Vendetti is modeled after the iconic American singer and songwriter Bob Dylan.

The Artful Escape Developers: Who Are the People Behind the Game?

‘The Artful Escape’ is being developed by Australian video game development studio Beethoven & Dinosaur. The studio is headed by the former member of the band “The Galvatrons”, Johnny Galvatron, along with Australian composer Josh Abrahams and programmers Justin Blackwell and Sean Slevin.

The Artful Escape Release Date: When and Where Can I Play It?

While we do not know the exact release date for ‘The Artful Escape’ at this current moment in time, it has been confirmed that the game will release sometime in 2020.

‘The Artful Escape’ will be available to play on a number of platforms at launch including PC (Microsoft Windows), Xbox One and iOS.

You can watch the mellifluous trailer for ‘The Artful Escape’ right here.